Break 1 billion doses! China's new crown vaccination is'speeding up', and these two leading vaccine stocks have increased by more than 100% in two months!

According to the report of the National Health Commission on June 20, as of June 19, 2021 , 31 provinces (autonomous regions, municipalities directly under the Central Government) and Xinjiang Production and Construction Corps have reported a total of 1.01048.9 million doses of new crown virus vaccine. 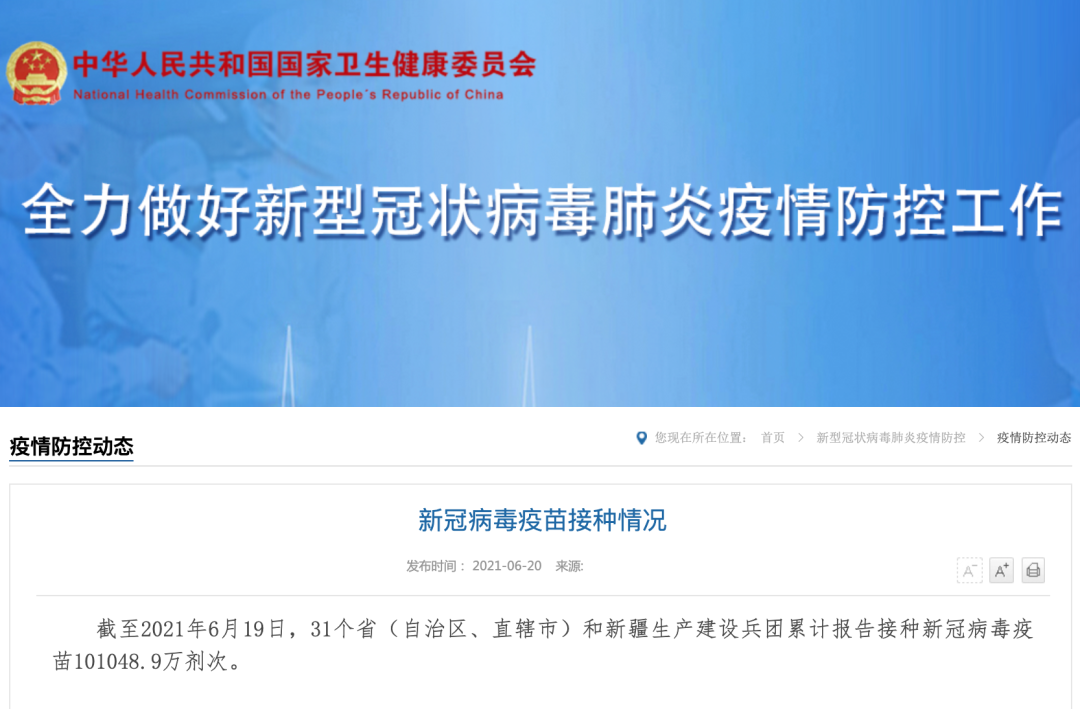 In addition to supplying a large amount of domestic demand, China’s new crown vaccine has also increased its foreign aid and export efforts. Chinese Foreign Ministry spokesperson Zhao Lijian stated on June 16 that China has provided more than 350 million doses of vaccine to the international community, including vaccine assistance to more than 80 countries and export of vaccines to more than 40 countries.

Corresponding to the acceleration of domestic vaccination, the recent performance of the leading A-share new crown vaccine stocks is very eye-catching. Kangsino (688185), Fosun Pharmaceutical (600196) The share prices of the two leading stocks have increased by more than 100% in more than two months.

China takes the lead in completing 1 billion doses of vaccination, what's next?

According to brokerage China, from the perspective of the latest total vaccine inoculations in various countries, the global total vaccine The amount of vaccination has been close to 2.5 billion doses, while the total amount of vaccination in China has exceeded 1 billion doses, ranking first, accounting for more than 40% of the global total. The United States ranked second with a total inoculation volume of more than 300 million doses; India ranked third with a total inoculation volume of 250 million doses. The fourth to tenth places are Brazil, Britain, Germany, France, Italy, Mexico and Turkey. 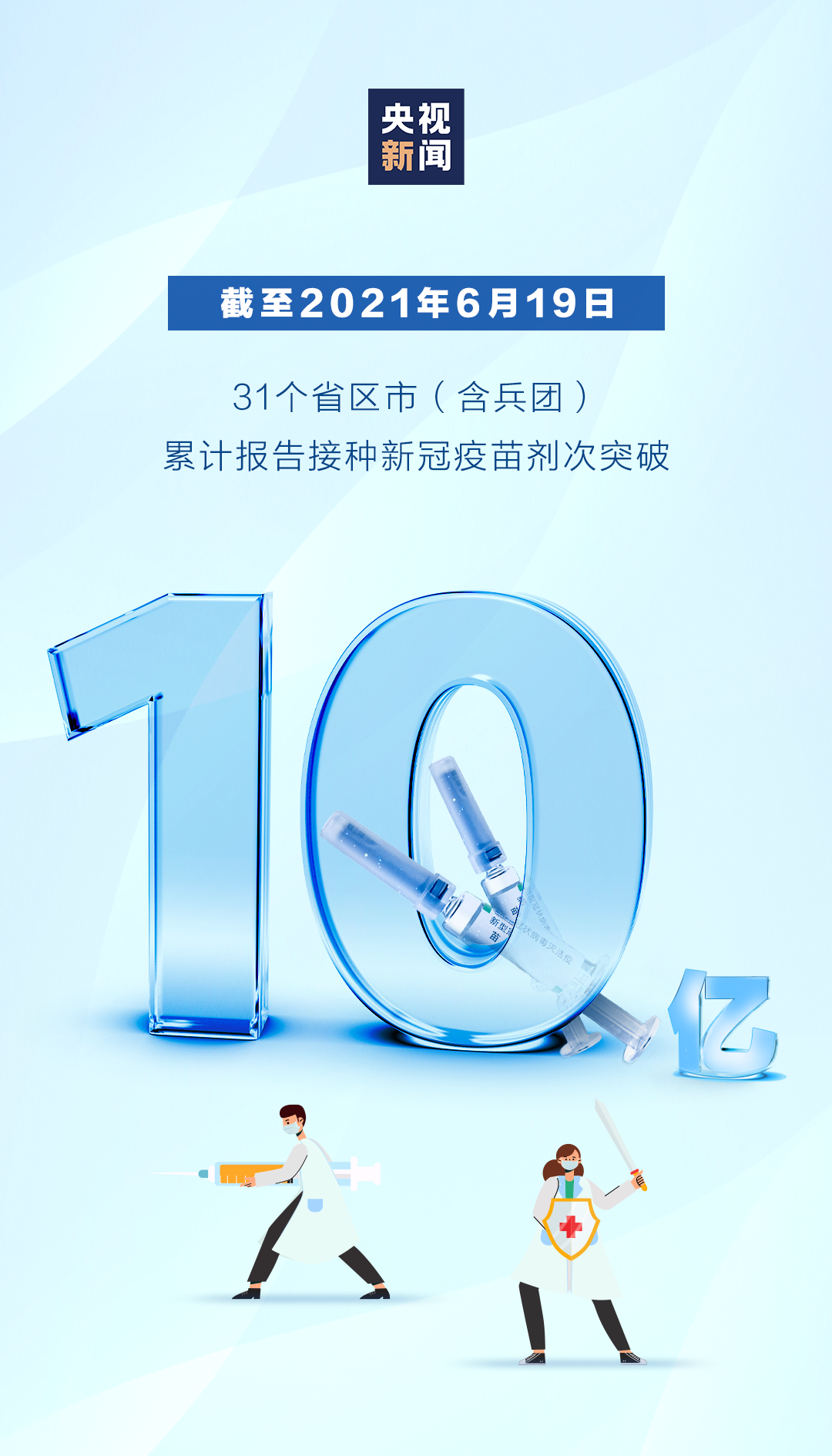 Look at the total amount , China exceeds 1 billionThe number of doses of new crown vaccination is more than three times that of the United States, which exceeds the total number of inoculations in the 10 countries from the 2nd to the 11th. 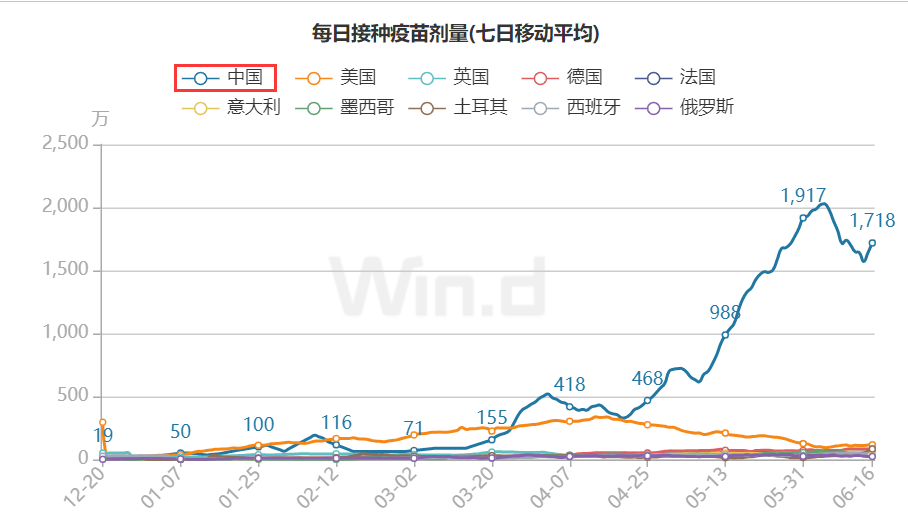 The vaccination rate of major countries in the world (source: Wind) p>

As can be seen from the average inoculation volume data on the 7th in the above figure, the vaccination rate in China has risen rapidly after the end of April, showing a steep curve. In contrast, vaccination in other major countries has basically maintained a relatively low and steady rate.

What is the scale of vaccination in various provinces in China? According to incomplete statistics, since June, the regions that have announced more than 30 million inoculations include Guangdong, Shandong, Hubei, Beijing, Sichuan, Shanghai, Yunnan and other places. Among them, Guangdong has the highest inoculation volume in the country, exceeding 80 million doses as of June 10, and the newly announced inoculation doses in Shenzhen and Guangzhou have exceeded 17 million doses and 17.13 million doses respectively.

to this After a milestone, what is the next goal of China's vaccination work?

At a forum in early March this year, Academician Zhong Nanshan once revealed that China plans to increase the COVID-19 vaccination rate to 40% by the end of June this year.

According to the 21st Century Business Herald, at the Boao Forum for Asia Global Health Forum held at the beginning of this month, the leader of the Vaccine R&D Working Group of the Joint Prevention and Control Mechanism Research Group of the State Council Zheng Zhongwei revealed that my country's vaccine production capacity will reach 5 billion doses this year, and the output will exceed 3 billion doses, and the number will continue to increase with the efforts of enterprises. While meeting domestic demand, as of the end of May, China had supplied 300 million doses of vaccine to the world. Two vaccines produced by Sinopharm Zhongsheng Beijing and Kexing Zhongwei were included in the World Health Organization's emergency use list.

Due to the ups and downs of the global epidemic Repeatedly, despite its huge demand, China is still increasing overseas assistance and exports of the new crown vaccine, demonstrating the responsibility of a major country.

Chinese Foreign Ministry spokesperson Zhao Lijian said at a regular press conference on June 16 that China has provided more than 350 million doses of vaccine to the international community, including More than 80 countries provided vaccine assistance and exported vaccines to more than 40 countries. At the same time, China has carried out technology transfer and cooperative production with many developing countries, and has rapidly promoted mass production of vaccines. China has announced that it will provide the first batch of 10 million doses of vaccine to the "New Crown Vaccine Implementation Plan", which is clearly used in the urgent needs of developing countries. China will continue to make efforts for equitable access to vaccines in developing countries.

Zhao Lijian also stated that China has always taken practical actions to practice vaccines as a global public product. Since the outbreak of the new crown pneumonia epidemic, China has adhered to the concept of promoting the construction of a community with a shared future for mankind and a community of health and health, and has made important contributions to achieving the availability and affordability of vaccines in developing countries.

Currently, both Sinopharm and China Kexing vaccines have beenBeing included in the “emergency use list” of the World Health Organization fully proves that the safety, effectiveness, convenience, and accessibility of Chinese vaccines are internationally recognized. It also means that Chinese vaccines will bring new opportunities to bridge the global “immunity gap”. solution. China's sincerity is obvious to all in fulfilling its promise of vaccines as a "global public product" with practical actions.

According to foreign media reports, Brazil, a major South American country, is planning to buy 60 million doses of Chinese CansinoBio shares< span id="quote _ sh600201"> The company’s new crown vaccine will be delivered in the third and fourth quarters of 2021. Previously, in order to contain the epidemic, the Brazilian authorities have approved the emergency use of the Chinese Coxing vaccine and launched vaccination across the country.

Not long ago, the Ministry of Health of Argentina, another major South American country, has also approved the emergency use of China’s Cansino Bio-New Crown Vaccine in the country to promote a large-scale vaccination plan. .

The outbreak and the impact of the continuous rise in demand for new crown vaccination, the leading A-share new crown vaccine stocks have also performed very strongly recently.

As the pure leader of the new crown vaccine, CanSino A-share (688185) has launched a strong rise since mid-April, and the stock price has continuously set new highs since its listing. It soared from 328 yuan to 693 yuan on June 18, a cumulative increase of more than 110% in two months. 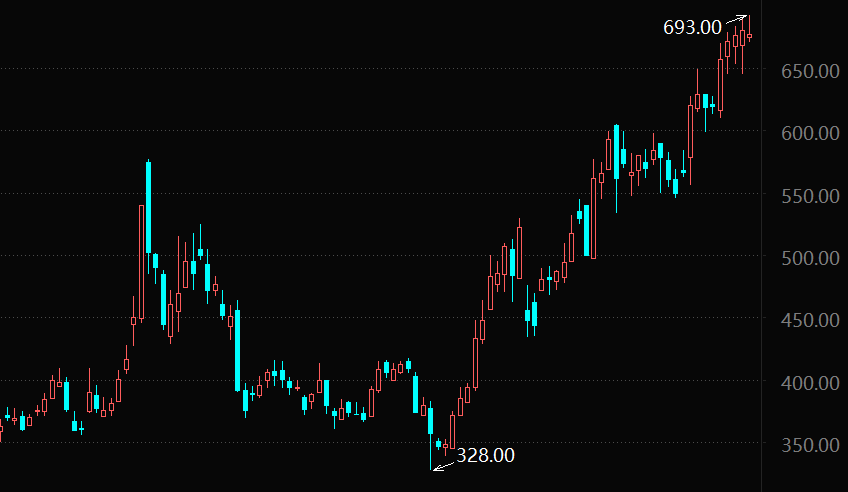 Fosun Pharmaceutical (600196) has also enjoyed a staggering rise. The stock price has started from the end of March. Of 36.67 yuan soared to 73.16 yuan on May 14, an overall increase of more than 100%. Recently, the company's stock price has been corrected, and the latest closing price was 62.70 yuan. 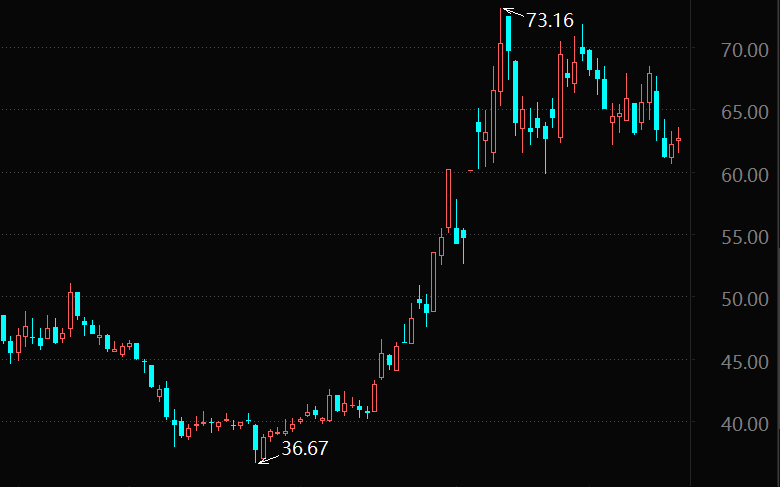 Zhifei Bio’s recombinant new crown vaccine was announced on March 17 and received a domestic emergency After the use of authorization, there has also been a significant increase. However, due to the company's previous overall increase, there has been a callback recently. Jiang Rensheng, chairman of Zhifei Biotech, said at the shareholders meeting on June 10 that the current supply of the new crown vaccine developed and produced by the company is in short supply, and there are people waiting for it every day. While increasing production capacity, it will also consider younger age groups and inhaled vaccines. Expansion.

From the perspective of stock price performance, these companies’ gains are in line with the acceleration of China’s vaccine vaccination period since April. According to statistics from a brokerage China reporter, there are 11 stocks in the biovaccine sector that have risen by more than 30% since April. The bio-vaccine sector has ranked among the top stocks for gains since April (Data source: Wind)

(Statement: The content of this article is only for Reference, not as a basis for investment. Investors operate accordingly at their own risk.)