Shinzo Abe: How was the longest incumbent prime minister in Japanese history made?

At a critical moment when the international political and economic situation is sensitive and complex, the Japanese political situation has demonstrated the stability and continuity that has been rare since World War II. Japanese Prime Minister Shinzo Abe is now as stable as Mount Tai. On Thursday, the Liberal Democratic Party presidential election, Abe is expected to win easily. He will receive another three-year term and will become Japan's longest-serving prime minister in the future.

In the next three years, Abe is expected to continue to implement "Abenomics", promote social security reforms, strengthen armaments, amend the "ice-bound" peace constitution for more than 70 years, and clarify the vague political status of the Self-Defense Forces.

The third generation of political family

"The princes will have a kind of harmony", but Abe, who was born in a political family, was destined to inherit the family's political heritage and become the prime minister of Japan. 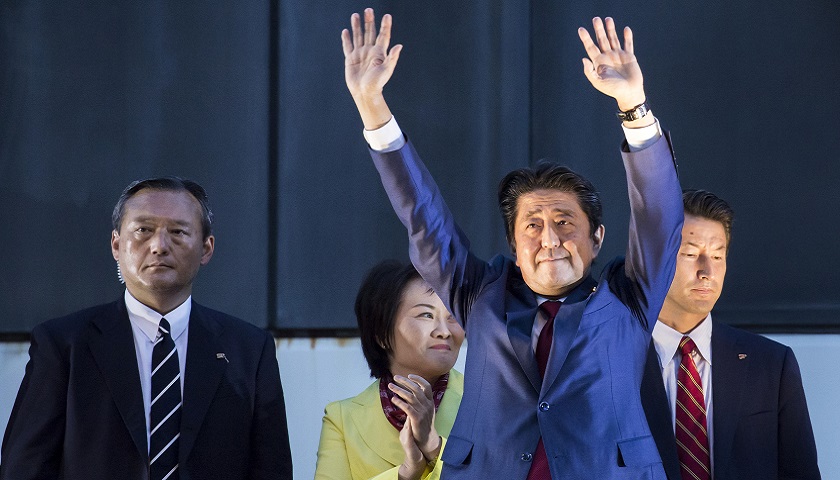 Under the shadow of his father and grandfather, Abe's career is quite smooth. In September 2006, Abe took over the post of prime minister from Junichiro Koizumi and became the youngest prime minister (52 years old) of Japan after World War II.

But Abe was still too young and lacking experience at the time, and political "Waterloo" quickly descended. In September 2007, Abe, who was struggling at home and abroad, announced that due to personal health reasons, he had resigned from the post of Prime Minister and he had only been in power for one year.

However, during Abe's opposition, he learned from the pain and formulated a broader political and economic program that is more attractive to voters. After a few years of dormancy, Abe made a comeback and became prime minister again in December 2012. At present, Abe has become Japan's third longest reigning prime minister.

Abe's ability to survive in the Japanese political arena of "changing the first is more diligent than changing clothes" depends on the support of the family and personal efforts, as well as the progress of history.

Japan’s economy hits the strongest growth since the 1990s, and the stock market is approaching a 17-year high

In 2012, after Abe "returned to the pot" as prime minister, he fully learned the lesson and put the economy first. On the economic front, the Abe cabinet proposed policies involving monetary easing, fiscal stimulus, and regulatory reforms, which later became known as "Abenomics."

Although outsiders question whether this "economic prescription" can cure the deflationary "stubborn disease" that has plagued Japan for a long time, Abe's economic policies have taken advantage of the opportunities brought by the global central bank's quantitative easing, and at least created expectations for the stock market.

As previously mentioned by Wall Street reports, Morgan Stanley believes that after experiencing the 2019-2020 cyclical recession, the ROE of the Japanese stock market (MSCI Japan Index) is expected to further climb to 12% by 2025, which is the same as the MSCI Global Index. , To further promote the expansion of the MSCI Japan Index P/B ratio from 1.35 times to 2.15 times-this will be the highest market valuation since the 1990s.

The ROE of the MSCI Japan Index has risen from 4.4% in 2012 to the current 9.8%, and the gap with the MSCI International Index has narrowed from 7.6% to 2.5%. In the past five years, among the 24 listed stocks in Japan, 15 have higher return on equity than their global peers.

On the economic front, since Abe took office in December 2012, Japan’s economy has grown by more than 12%. Although Japan’s economic growth is not significant in horizontal comparison, this is the strongest economic growth in Japan since the 1990s. At the same time, Japan’s unemployment rate has fallen to its lowest point in more than two decades. Bloomberg said this helped Abe and his wife Abe Akie retreat from a series of scandals.

Morgan Stanley believes that with the continuous increase in investment, the further increase in labor productivity and participation rate, and the promotion of skilled immigration, the growth of Japan's nominal GDP will further accelerate. It is expected that the GDP growth will be on average between 2021-2025 Reached 2.2%.

Politically, Abe abandoned some right-wing policies in order to win wider voter support. During his tenure, Junichiro Koizumi visited the Yasukuni Shrine every year, but since taking office, Abe has only visited once.

On the issue of strengthening armaments and amending the constitution, which the Japanese people are quite taboo, Abe is good at playing a tailwind, making full use of the surrounding situation, exaggerating external threats, and diverting the attention of the Japanese people to national security, weakening the opposition to strengthening national defense And the voice of constitution amendment, it is expected that before the election of the Japanese Senate in the summer of 2019, a national vote to amend the constitution will be implemented to complete the amendment.

In addition, Abe did play tricks on the technical operation of elections, always holding elections when the opposition party least wants it. For example, in September last year, Abe disbanded the House of Representatives ahead of schedule and conducted "quick" elections. Taking advantage of the Japanese people's concerns about the North Korean nuclear crisis, they succeeded in maintaining the Liberal Democratic Party's two-thirds "super majority" status.

Moreover, Abe's opponent is indeed a "pig". After the Democratic Party of Japan stepped down in 2012, it quickly collapsed and was "pressed on the ground" by Abe, who had accumulated strength for many years. As a result, Abe not only won repeatedly in the previous five elections, but also almost no one in the parliamentary legislation. block.

However, Abe should have no intention of celebrating his political victory. As a result, Abe’s public support is still tepid. Bloomberg said that most voters are worried that as the aging population intensifies, the economy may decline.

Moreover, in the next three years, Abe will face major challenges one after another: tricky Japan-US trade negotiations, avoiding being marginalized in the North Korean nuclear talks, hosting the 2019 G20 summit and the 2020 Tokyo Olympics, etc. .

The international trade situation has turned, directly challenging Abe's ability to play against the wind. In the coming weeks, Japan is expected to have a "bad war" with the United States in trade negotiations. After the Liberal Democratic Party election is over, Japan will continue trade negotiations with the United States, and US President Trump will not be too "gentle" with Abe.

Although Abe has a very low posture in front of Trump and has repeatedly emphasized the importance of the US-Japan alliance, this year Trump has "cared for" Japan in trade protection measures: including Japan on the list of steel and aluminum tariffs . Trump has since threatened to directly hit the backbone of Japan's economy-the auto industry, threatening to raise auto tariffs from 2.5% to 25%, forcing Japan to expand imports from the United States.

Moreover, in the past five years, Japan's strong economic growth has also benefited from the continued appreciation of the U.S. dollar and quantitative easing in the United States. Today, the monetary policies of Japan and the United States are different, and if Trump pressures the euro to pressure the yen to appreciate, Japanese exports will suffer huge losses. Abe said on Sunday that he had told U.S. President Trump that it was dangerous to discuss exchange rates. 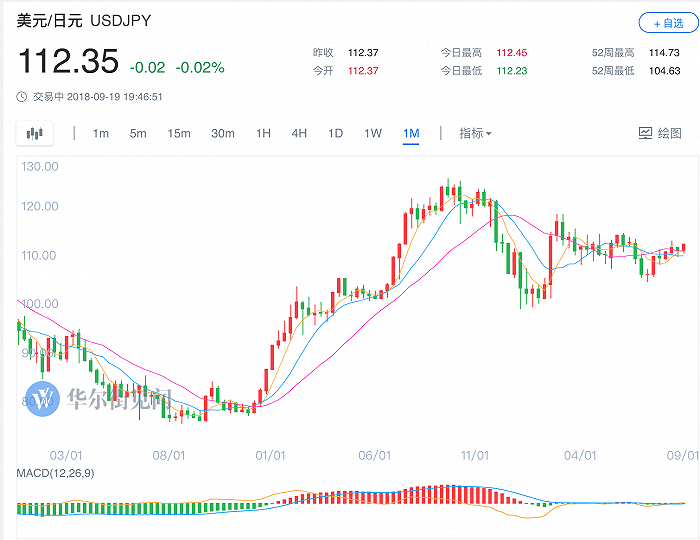 At the same time, the governor of Okinawa Prefecture, Japan, votedSoon, the relocation of the US military's Futenma Airport became the focus of the election, and the Japanese government and the opposition faced fierce opposition. The results of the election on September 30 may affect the relocation plan of the Japanese central government and further tighten Japan-US relations.

The good news is that China-Japan relations have made positive progress recently, and Abe expects to visit China in October as soon as possible. China is Japan's largest trading partner. When Abe took office in 2012, Sino-Japanese relations were at the worst stage in decades. After years of hard work, China-Japan relations are on a normal track and face important opportunities for improvement and development.

Original title: How was the longest incumbent prime minister in Japanese history made?