Release Time:2021-06-27 Topic:Guangqi Technology's trillion-dollar market value in the future Reading：280 Navigation：Stock Liao information > Military > Inventory of the 5 most potential military industry leaders in the next 5 years, the game of great powers, the military industry will skyrocket, focus on! _ the company phone-reading

It is a long-term trend to intensify the game between great powers. The focus of the defense strategy of the United States and its allies is gradually shifting to the Indo-Pacific. Tensions around China may gradually intensify. Peace needs to be defended. Increasing defense investment is a must. The long-term trend of military industry For the better. In 2027, it is necessary to ensure the achievement of the goal of the century-old army, and it is expected to accelerate the shortcomings during the 14th Five-year Plan.

Recently, the leading targets of semiconductor equipment and new energy vehicles with high industry prosperity have hit a high point in the year. The National Defense Industry (CITIC) Index bottomed out on May 11 and has risen by 14.61% so far, but it has fallen since the beginning of the year. 11.62% still ranks fourth. From a horizontal comparison, the stock prices of the key targets of the military industry sector are still relatively low, and the performance and valuation match are high. Under the rotation of the sector, we can look forward to the next 5-7 years. Starting from the industry demand boom, we can use the long-term and short-term performance. To be the king, select “hard core” targets with strong performance growth, sufficient growth space, and strong competitiveness from the bottom up. 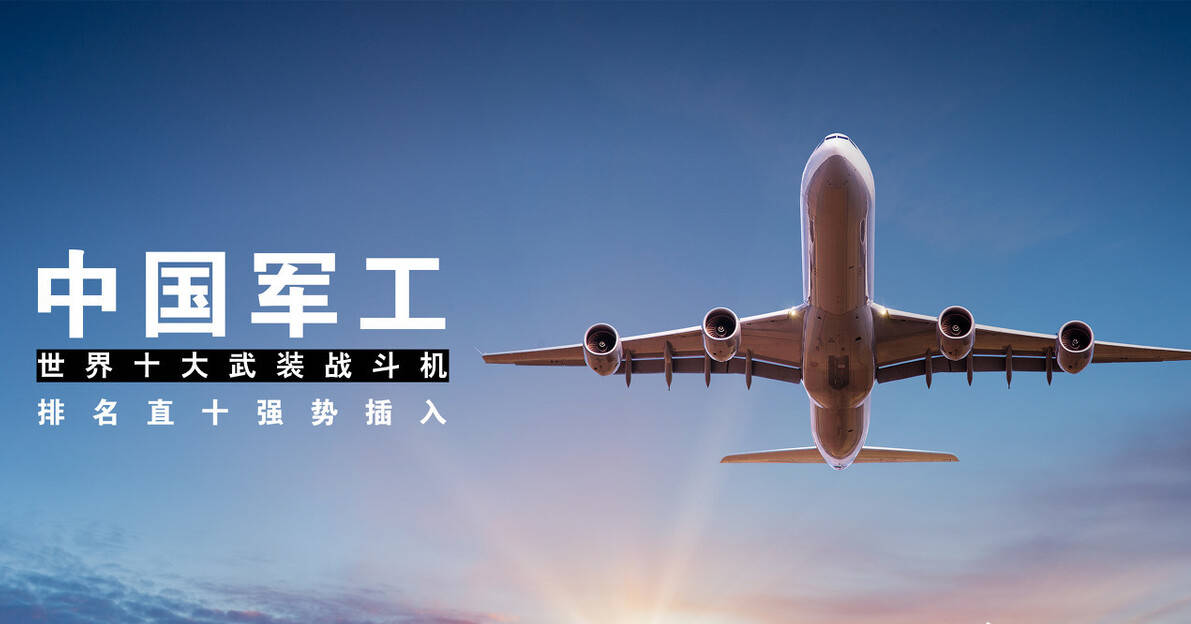 The company is a comprehensive listing platform of "trainer + missile + unmanned aerial vehicle" under the aerospace industry. It is the only domestic company with independent development and production capabilities for primary, intermediate and advanced trainer products. System supplier. The main products are L15 advanced trainer, YJ-9E anti-ship missile, attack-11 UAV and other main battle equipment.

The trainer aircraft base in China has a complete product lineup, benefiting from the accelerated installation of new models. The company's trainer products are mainly CJ6 primary trainer, K8 basic trainer, L15 advanced trainer and other models. It is currently the only enterprise in China that has the R&D and production capabilities of junior, intermediate and advanced trainers. In recent years, as the level of new fighters has become higher and higher, traditional primary or intermediate trainers have been unable to fully meet the training needs of pilots, and the development of more advanced advanced trainers has become an inevitable choice. At present, the configuration of trainer aircraft in my country is significantly lower than that in the United States. In the future, with the accelerated installation of new aviation equipment, the demand for new advanced trainers will become more urgent.

The upgrade of trainer aircraft is the general trend, and long-term demand for missiles is strong. The L15 model is a training model for a variety of advanced fighter jets with superior efficiency and cost performance, which will be a strong demand in the market. The missile business is also a consumable for combat training, and demand will grow rapidly in the future.

Total market value: 73.424 billion. The expected performance growth rate in 2021 is: 34.5%. The performance is in line with expectations. The focus on the main business is promising.

The only assembly platform for domestic military transport aircraft and bombers, the H-6K manufactured by the company is currently the only carrier of my country’s air strategic strike force.

Military transport aircraft, bomber OEMs, and transport 20 models have a large demand space. The company's main delivery models include: Yun-20, Yun 8/9 and special operations modified aircraft, H-6 series. As a domestic transport aircraft and bomber main engine manufacturer, on the one hand, the demand for the Yun-20 series continues to grow, and the "14th Five-Year Plan" period is the peak period for mass production, which is expected to drive the company's rapid improvement; on the other hand, the H-6 series in the next few years It is still an important strategic bombing force of our country, and demand is steadily rising. In addition, new models of long-range bombers are also worth looking forward to.

Asset replacement focuses on the main aviation industry, and profitability is expected to increase. On December 31, 2020, the company completed the asset replacement transaction. Some of the aircraft parts manufacturing business assets were replaced with the aviation industry aircraft and part of the aircraft manufacturing and maintenance business assets. The assets were placed in the Aviation Industry Xi’an Aircraft and the Aviation Industry Shaanxi Aircraft. With 100% equity assets of Tianfei and Aviation Industry Corporation, Xifei Group and Shaanxi Aircraft Group will be listed as a whole, saving intermediate link costs and improving the company's profitability.

AVIC Xifei is a domestic manufacturer of large military aircraft and special aircraft. The platform is important. After the asset replacement is completed, the main aviation industry will be further focused, and the profitability is expected to increase Promote. In the field of military aircraft, the Yun-20 is at the peak of batch production, and the demand for the H-6 is expected to rise steadily, which will drive the company’s performance

Total market value: 1164.98 100 million, the expected performance growth rate in 2021 is 18.4%, the fighter planes are urgently installed, and the performance is accelerated.

The speeding up of military aircraft installation and reloading has benefited the company from the booming industry. There is a big gap between the number of military aircraft in my country and the United States. During the "14th Five-Year Plan" period, it will enter the upward passage of accelerated installation; and older models will account for a relatively large proportion, and there is a strong demand for structural upgrades. Accelerating the installation and replenishment of existing shortcomings, and accelerating upgrades and replacements to increase the proportion of advanced fighters will bring huge incremental space for military aviation equipment. As an integrator of fighter jets, the company will significantly benefit from the industry's high booming demand, changing from steady growth in the past to rapid growth.

The domestic military mainframe securitization model, the leading fighter jet has a solid position. The company is an important fighter development and production base in my country. It has rich experience and comprehensive strength in building high-quality aviation defense equipment. It has successively developed and produced full-spectrum fighters from the first generation aircraft to the fifth generation aircraft, contributing to the development of my country’s aviation weapons and equipment. Made a major contribution. The J-16 is an important carrier for the Chinese Air Force’s strategic transformation from "land and air defense" to "both offensive and defensive". The J-15 is the only carrier-based fighter in active service in my country, and the J-31 is an ideal improvement for the next generation of stealth carrier-based fighters. platform.

From a quantitative point of view, the company’s future equipment increase will focus on the F-16 and F-31. In addition, driven by the demand for the upgrading of domestic fighter jets and the development of aircraft carriers, as well as the continuous improvement of internal management, the company's profitability is expected to continue to improve.

The company is the only domestic manufacturer of all types of military aero-engines including turbojet, turbofan, turboshaft, turboprop and piston.

The military aero-engine industry exploded, and the core of leading enterprises benefited. The company is the only listed company in the final assembly of my country’s military aero-engines. It has a full range of small thrust, medium thrust, and large thrust, as well as the development and production capabilities of all types of aeroengines including turbojet, turbofan, turboshaft, turboprop and piston. The aero engine research and development cycle is long, technical barriers are high, and there are no potential entrants and substitutes in the short term; the company’s products are at the bottleneck of the entire aviation industry chain, with a strong voice and strong bargaining power with suppliers and buyers; the company is a domestic military aviation The leading engine has significant monopoly and scarcity, and a good competitive landscape.

The company's products cover almost all models of my country's aero-engines, and the main "Taihang" series of products have been applied on a large scale in my country's main combat models. The reliability and stability of the company's third-generation engines are basically mature, and there is a high probability of domestic substitution.

High-tech barriers have been recognized by core military customers, and the large-scale application of cutting-edge equipment is imminent. As of December 2020, Guangqi has granted more than 2,000 patents in the field of metamaterials, occupying an absolute leading position in the global metamaterials competition landscape. Years of R&D accumulation has promoted the rapid iteration of the company’s products. Since the application of the first generation of metamaterial technology products in my country’s aviation equipment in 2017, the metamaterial technology has been iterated every 24 months, and the second generation of products has been mass-produced. The third-generation products are mainly in the development stage and are expected to bring broader application space for the company's products. In addition, the special properties of metamaterial products have been recognized by major military and military enterprises, and the types and numbers of Guangqi's military customers are also increasing sharply. Only in the announcement of Guangqi in late December 2020, customers B and C in Chengdu, a customer in Shenyang, and a customer in Nanchang were added.

With full orders in hand and orderly expansion of production capacity, the company's performance is expected to usher in an inflection point. The company reached a cooperation with a customer for the supply of meta-material aviation structure products. Among them, the value of the product with a clear supply price exceeds 1.2 billion yuan, and it also includes products for which the price is not specified. In addition, a large-scale complex metamaterial component product of the company received a notice from a customer in Chengdu to start production and will deliver a total of approximately 17,000 kilograms of aviation metamaterial products to the customer. The company's production capacity is expanding in an orderly manner. The 40-ton capacity of the Shunde base has been officially put into production in the first half of 2021. With the gradual formation of the (8+40)-ton capacity system, the company's performance will usher in an inflection point.