Potential stocks around the city in 2021! 11 prestigious schools move in, build subways, build parks, and your value will skyrocket

As the "one brother" of the four districts around the city, Xiqing District is ahead of other areas in terms of various facilities and housing prices. Zhongbei Town has always been in the leading position in the four districts around the city. In the first year of the 14th Five-Year Plan, Tianjin has started construction on 287 major projects with a total investment of 254 billion yuan. However, if you look at it comprehensively, you might as well take a look at Xiqing.

Let me talk about the recently announced!

There are 11 prestigious schools to be demolished in Xiqing!

In addition to these, during the 14th Five-Year Plan period, Xiqing District will also launch the "1010" engineering education project to promote the village 14 projects including Middle School, Dangcheng Middle School, Wangwenzhuang Middle School and Zhongbei Middle School were completed and put into use, and the construction of 8 schools and kindergartens including Haiguang Road Kindergarten and Xinwangdao Primary School was started.

The land area is more than 1 million square meters.

Click on the large map to view the plans of each street and town. 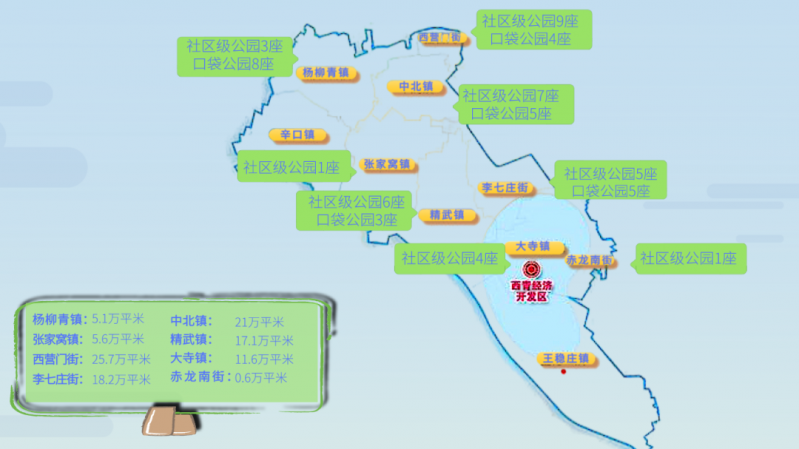 to gradually build a park system with balanced distribution, reasonable layout and complete types of parks in Xiqing District.

The first phase of Yunba No. 2 line project

The newly launched Yunba No. 2 line first phase project is planned from Tianjin From the South Railway Station to Yangliuqing Town, it passes through Zhangjiawo Town, Jingwu Town and Yangliuqing Town in Xiqing District, a total of 15 kilometers.

As the city’s first major green transportation solution project, after the unremitting efforts of Xiqing District, it has been approved at the Tianjin Municipal Government’s executive meeting and

has entered the project approval stage.

Xiqing District takes advantage of resources such as the Grand Canal culture and ecological culture, Construction of Fuyou City and Jingwu A batch of mid-to-high-end commercial carriers such as car plaza.

Create special agricultural tourism projects such as the Canal Wenyuan of Dashawo Village and the Red Tourism of the Sixth Port Village. Speed ​​up the construction of key cultural facilities such as the Chinese New Year Painting Museum and Youth Activity Center.

Tianjin Overseas Chinese Town Yunhe Water Street Cultural Tourism Project is located in Tianjin To the east of Zhongbei Town, Xiqing District, it is close to the central city.

The overall structure is mainly prefabricated light steel structure, and the outer edge is constructed by masonry, and is constructed into two-story and three-story buildings, and is equipped with nearly 30,000 square meters of enclosed underground parking Library.

The project has begun to take shape. The overall architectural style of the project adopts the style of the Republic of China combined with the Shanghai arcade building, and the facade mainly uses old bricks and new bricks to create a feeling of returning to the ancient times.

Yangliuqing Town in Xiqing District is a thousand-year-old town, and the Beijing-Hangzhou Grand Canal passes through the town.

Among them, the entire Yuanbao Island project will be basically completed in 2023.

The mission goal of Xiqing District in 2021 is to promote the construction of the new sites of Tianjin Academy of Fine Arts and Tianjin Conservatory of Music, and

build a city of culture and art on the canal.

The second phase of the new city center project is located in the prime area of ​​Zhongbei Town, at the intersection of Fusheng Road and Wanhui Road.

It is only a few steps away from the first phase of the new city center and the AEON business district to the east, the subway line 2 is close to the north, and IKEA is connected to the south by a “kou”-shaped flyover, and the west is close Zhengrong, Caozhuangxinyuan, Longhu and other residential areas have convenient transportation and unique location advantages.

The construction area of ​​the project is 88160 square meters. It includes two floors underground and four floors above ground. After completion, it will be a comprehensive commercial building with complete functions, safe structure and beautiful effects. 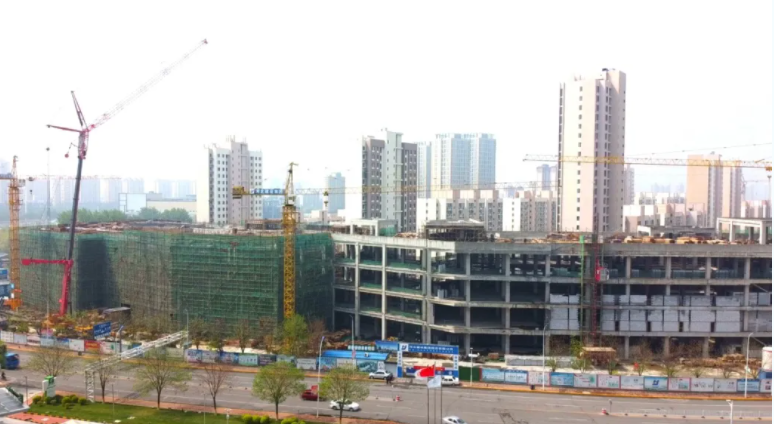 Currently, the progress of the project Smoothly, affected by the epidemic, the project started nearly two months later than planned. After the resumption of work,

While ensuring the health of the workers, measures such as appropriate overtime work and increased equipment investment were adopted to step up construction and catch up schedule.

According to the Municipal Party Committee’s approval on the relevant projects of the Municipal First Central Hospital, the project is expected to be completed For 2021. The address of Xinyi Central Hospital is in Houtai, with a subway at the entrance, and the complex building can park helicopters.

It is also rare in China to become the largest single-body hospital in the city. AEON MALL The North Store is the first large-scale commercial project since the establishment of the Canal Business District in Zhongbei Town. The store not only lays the foundation for the commercial layout of Zhongbei Town, but also plays an important role in the gradual maturity and development of the Canal Business District. The driving role of the. 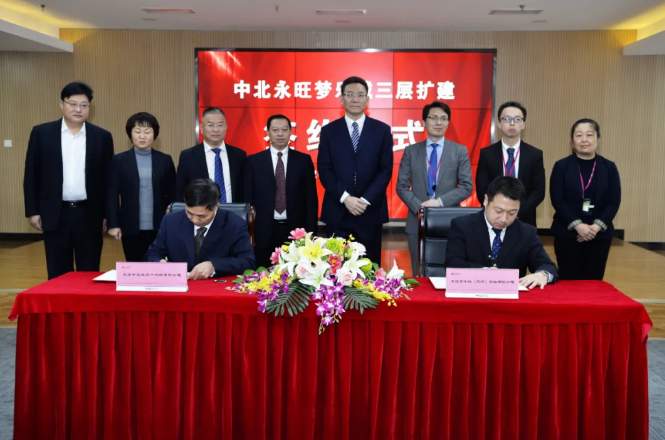 It is understood that this expansion project is launched.

The three-story parking lot will be renovated and expanded to introduce catering, children’s entertainment, clothing brands and other businesses The total investment is about 120 million to 124 million yuan, which will greatly increase the commercial area of ​​the Zhongbei Store of Aeon Mall.

After the expansion, the AEON Mall Zhongbei Store will better improve service quality, meet higher market demands, and at the same time drive the overall upgrade of Zhongbei Town’s shopping environment to achieve business-friendly, livable and enjoyable , An environment suitable for travel.

The shopping center is seamlessly connected to Caozhuang Station of Metro Line 2, and there is still huge room for development in the future.

According to the latest urban rail transit plan of Tianjin in December 2020, the Z2 line has been marked in the planning network. It traverses the whole of Tianjin from east to west and can quickly reach the airport and Binhai New Area.

It plays an important role in the rail transit line. It can lead to Bazhou and connect with Xiong’an New District in the long term. It is expected to be on the agenda during the 14th Five-Year Plan period. 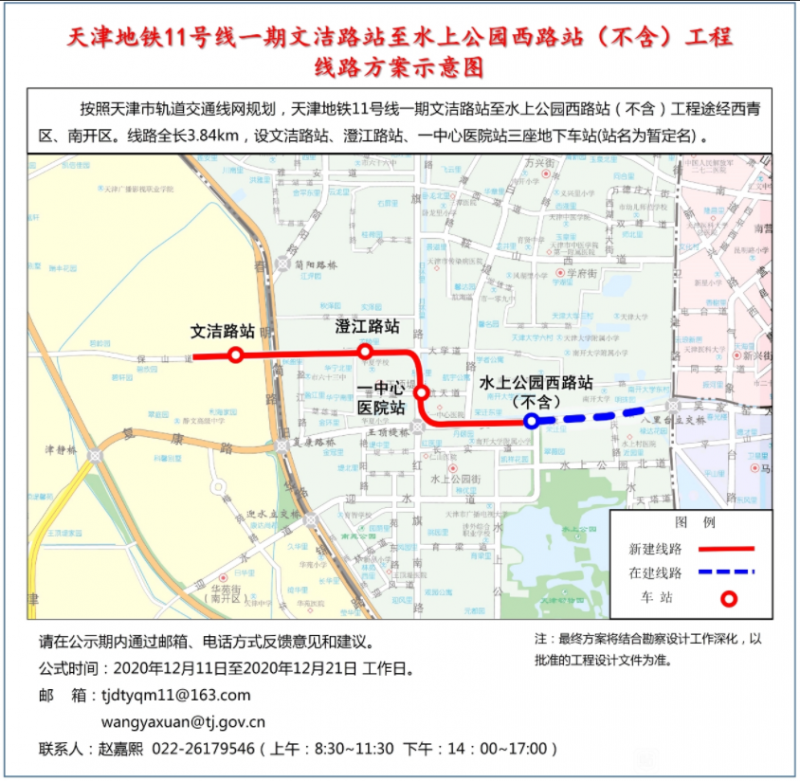 The M11 extension of the New First Central Hospital project is an east-west auxiliary line of the rail transit network in the downtown area of ​​Tianjin, which connects the new and old first central hospitals.

Its implementation It plays an important role in meeting the travel needs of residents along the route and alleviating the traffic pressure caused by motor vehicles on urban roads.

After M11 is completed, you can walk from Wenjie Road Station to Shuixi Park, which greatly radiates the residential area of ​​Houtai.

In addition, the Tianjin Municipal Bureau of Planning and Self-government issued the "Tianjin Urban Operational Land Supply and Investment Plots in 2020".

As a blockbuster cluster area, the Shuixi Park area has released more than 10 plots, and the planned building volume is more than 1 million square meters.

In addition to large-scale residential buildings, there are also plans for commercial , Hospitals, kindergartens, primary and secondary schools, etc., are planned to be large-scale livable sections of the city.

The following figure A, B, C, D, E, F, G, H, K, N1, Q are planned as residential buildings; L, M, and N2 are commercial service land; O, P is planned for residential and commercial land; J, A1, A2, T1, and T2 are kindergarten primary and secondary schools. The Jin-Jing line urban (suburban) railway is a fast connection line between the core area of ​​Jincheng and Jinghai city. The first section passes through Jinghai District and Xiqing District. Boxi Station and Jingwuzhen Station will be connected between Jinghua Road Station and Metro Line 5.

Delivery of the installation of elevators in old communities

Recently, after intensive construction, elevators were installed at 2 doors of Building 3, Qingshui Jiayuan, Xiqing District The work is completed and put into use.

This is the first elevator to be installed in an existing residence in Xiqing District.

The extension of Line 8 connects to Zhongbei Town

The official extension of Metro Line 8 has also given a clear schedule for the start of construction-construction will start in the first half of this year.

As of April 2021, the average transaction price of Zhongbei Town in March is 20,100 yuan per square meter. The average price of more than 20,000 yuan is relatively high among the four districts around the city, but market acceptance It has been good, and Metro Line 8 is about to penetrate into the hinterland of Zhongbei Town, with great potential.

The Liqizhuang area is close to Meijiang, and it has taken on many home buyers who want to be closer to the city but have insufficient capital budgets.