"Guiguzi", you can feel its evil charm from the name alone, and his academics are also full of weirdness, and have been classified as banned books in the past. After reading the stories of its representative figures Su Qin, Zhang Yi, Pang Juan, Sun Bin, Gongsun Yan, and Mao Sui, it makes people feel that they are overwhelmingly defensive. These people turned to Qin Muchu, capricious, designing and planning unscrupulously, only looking at the results. Its dark and cold temperament is in sharp contrast with the brave sunshine shown by Confucianism. Of course, such great wisdom is actually part of Chinese civilization, and it is the product of the times. Historical records record that it was produced and passed on in Ghost Valley, which is now Yunmeng Mountain in Hebi, Henan.

Although the Spring and Autumn Period and the Warring States Period were a chaotic era, during this period, culture and scholarship flourished, and the brilliant pre-Qin scholars used different cognitions of the world to permeate the morals and justice in their hearts. The students who are deeply influenced by it use these wisdoms in exchange for the trust of the kings, crisscrossing the powers of different countries. We are familiar with Confucianism, Taoism, Mohism, Legalism, and a school founded by Guiguzi-the political strategists. 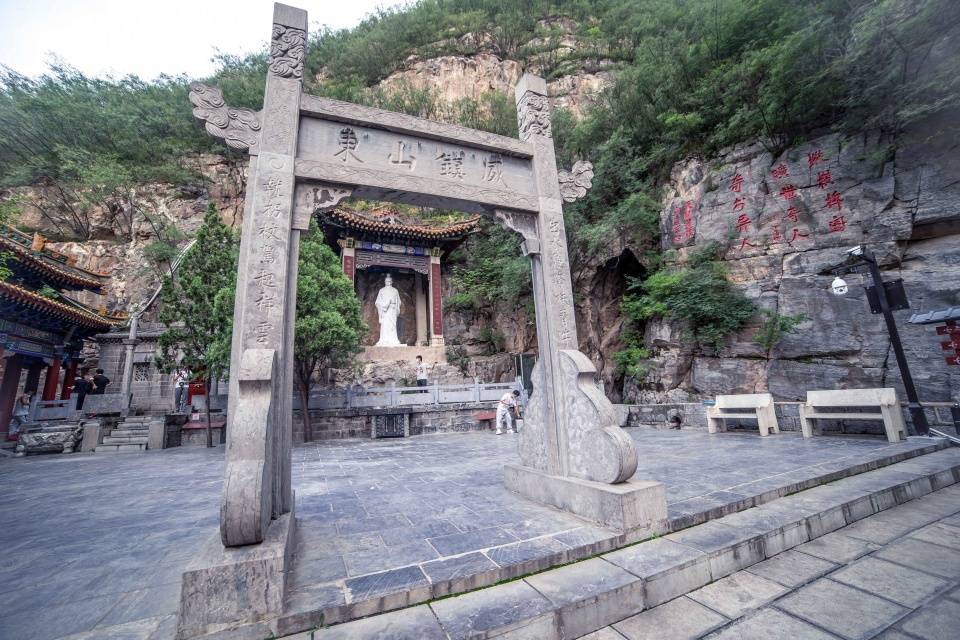 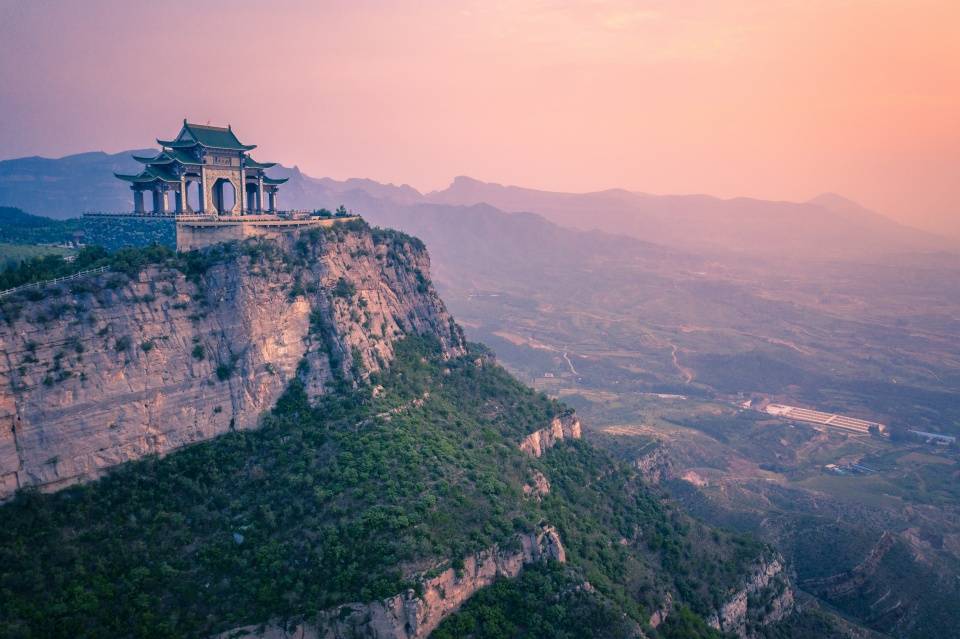 Yunmeng Mountain is located in the northern part of Henan Province, in the transition zone from the eastern foot of the Taihang Mountains to the North China Plain. Yunmeng Mountain forms a straight trestle here, standing at Nantianmen, overlooking the magnificent Henan Great Plain. The name "Hebi" was given because the cranes once flew on the cliff wall of the broken platform. 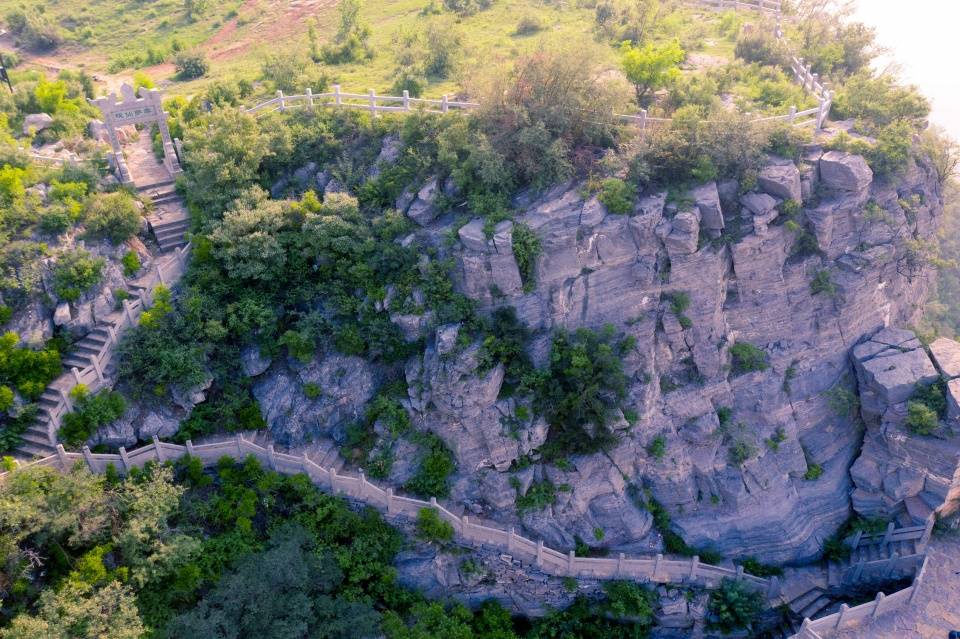 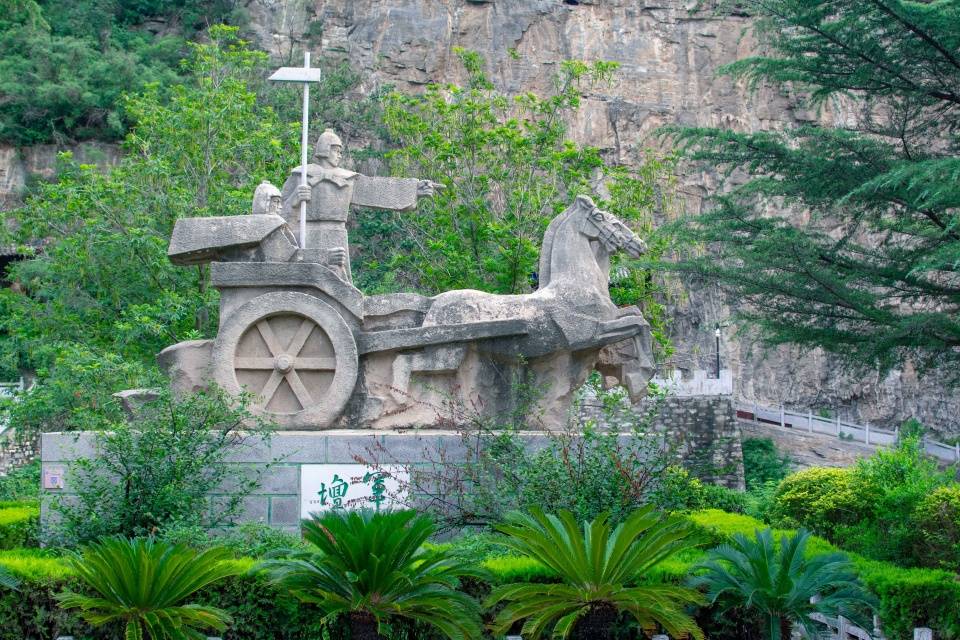 Hebi, located between Daliang (Kaifeng) and Handan, is not only a crossroads of war, but also a political vortex of uncertainties. Culture is inevitably friction, collision, and fusion, and over time it has its own unique way of survival in the changing forces. Mr. Guiguzi Wang Xu in Yunmeng Mountain Guigu, summed up two wonderful books, "Guiguzi" and "The Seven Techniques of Yin Fu". Among them, wisdom is to cling to Wang Gui's Qingyun ladder, and the students who come here in order to quickly develop the big tricks. , Do not hesitate to cantilever beam cone thorn strands. 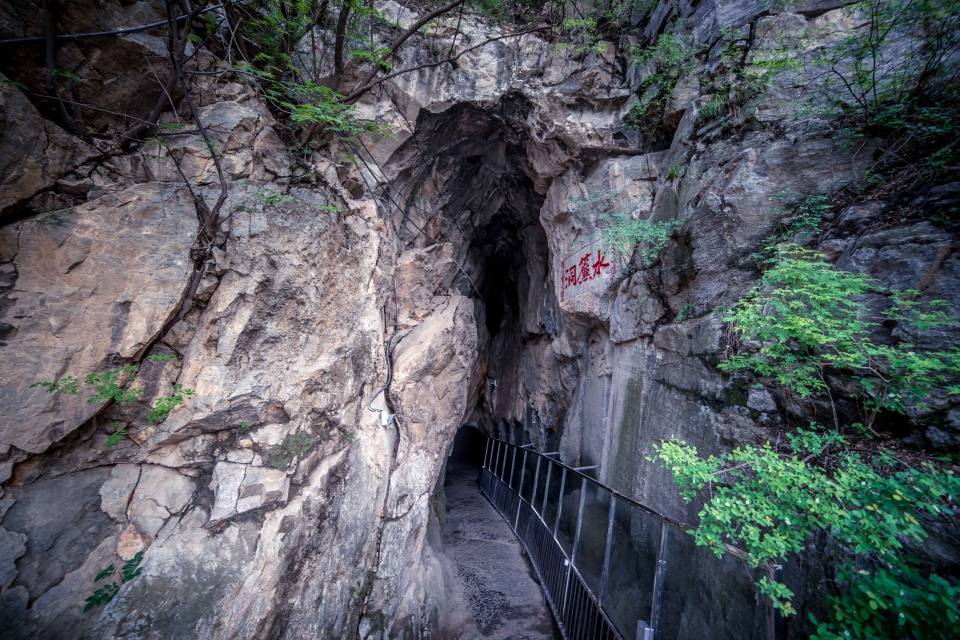 Looking from the mountainside parking lot, the terrain of Ghost Valley is cramped, with lush vegetation on both sides of the cliffs, and the angled cornices of ancient buildings are hidden in it, which is very low-key. I couldn't see the mystery until I reached the mountain gate at the bottom of the valley. Finally, I had to raise the small plane and look down at an angle of 45°, only to reluctantly take a picture of it. 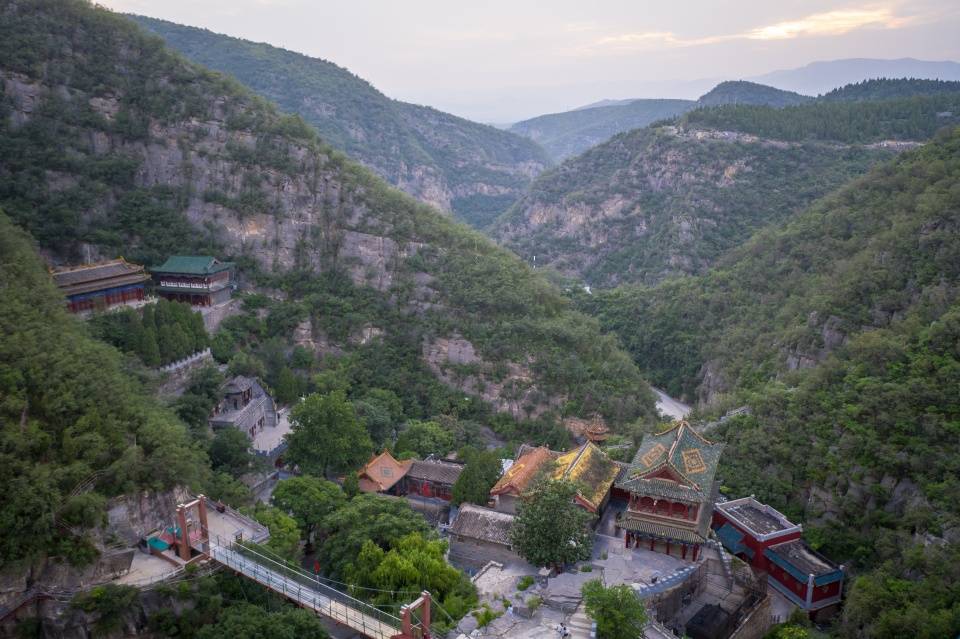 Cliff carvings, ancient trees, ancient stone steps, ancient gate towers, pavilions and pavilions rest on the cliff, roughly forming two courtyards. There is only one exit, which is reminiscent of closed teaching. I couldn't see the name of "Ghost Valley", and the words "Ancient Chinese Military Academy" were engraved on the mountain gate. When I walked halfway up the mountain, I saw a tablet that read "Warring States Military Academy". 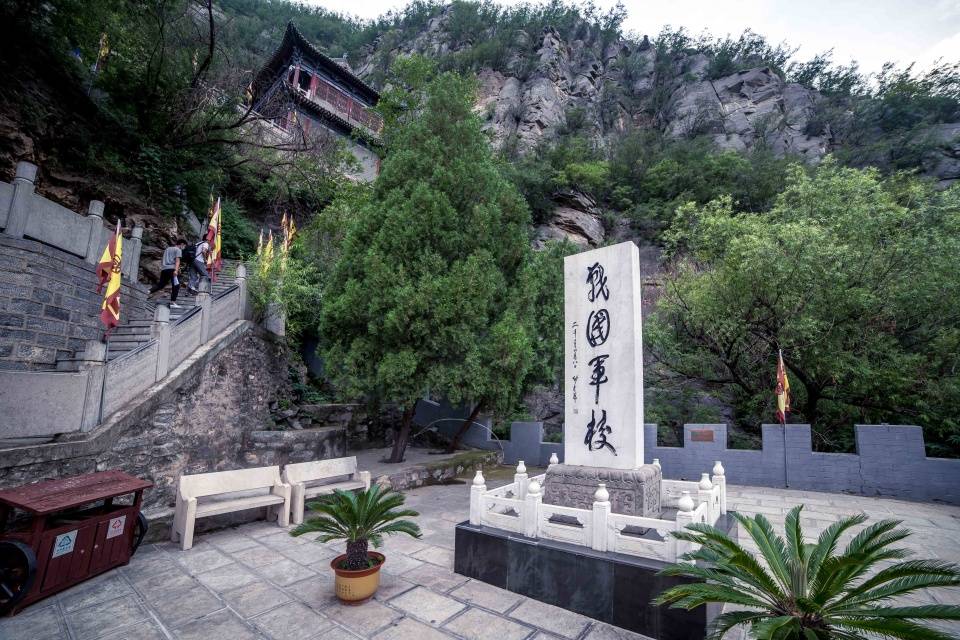 From the life of several students of Guiguzi, it can be seen that Guiguzi's academics have the power to control the times, and it is still easy to use after 200 years. Vertical and horizontal skills teach people to figure out people's hearts, adapt to changes, make opportunities, and grasp current events. They can be used in foreign affairs and internal affairs, and they can be used for miraculous effects in leading troops. 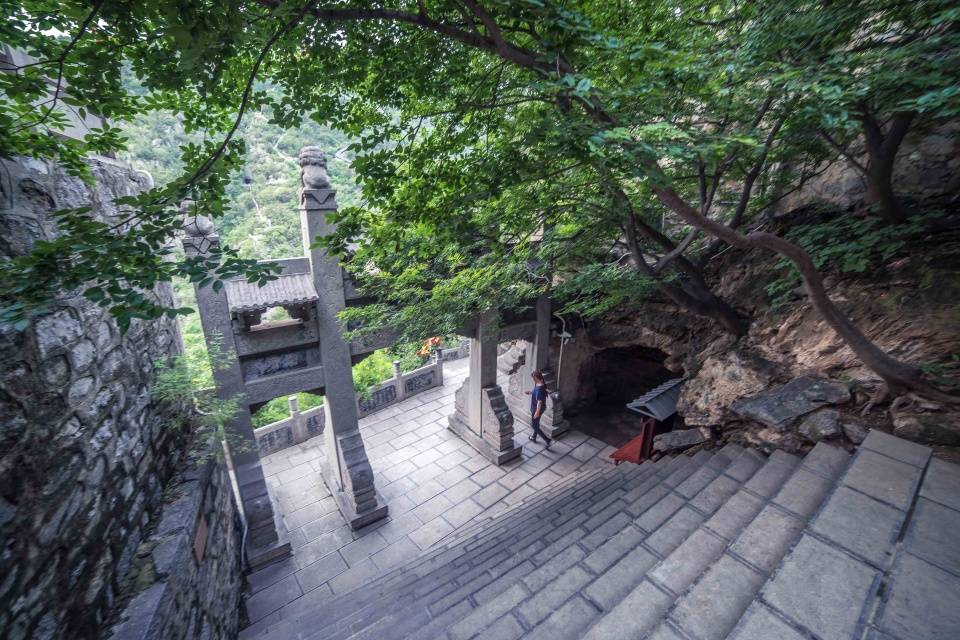 In history, most of the students of Guiguzi were active in the first 150 years when Qin unified the world. There are worshipers and war leaders. Because Wei Guo couldn't use up these talents at all, they had to rely on the enemy country to display their talents. So during this period, their relationship is both the same brother and the rival. 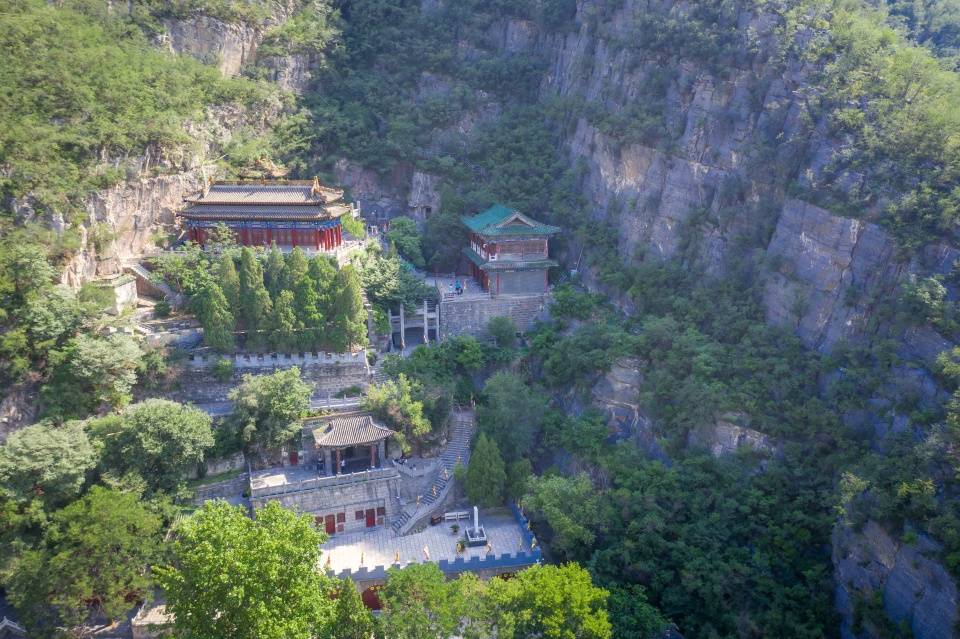 Pang Juan was once the military god of the Wei state, leading the most fierce army at the time, "Wei Wusher", to rampage the world. But in the end he was completely defeated by the Qi army led by his fellow brother Sun Bin in the Battle of Maling. Since then, Wei has no financial resources to form such an army, and has withdrawn from the ranks of powerful nations. The case of Sun Pangjiao fighting wisely and bravely is still a learning material for military academies. Due to Sun Bin's contribution to the Chinese military, "Ghost Valley" was renamed "Chinese Ancient Military Academy" to offset its sense of mystery. 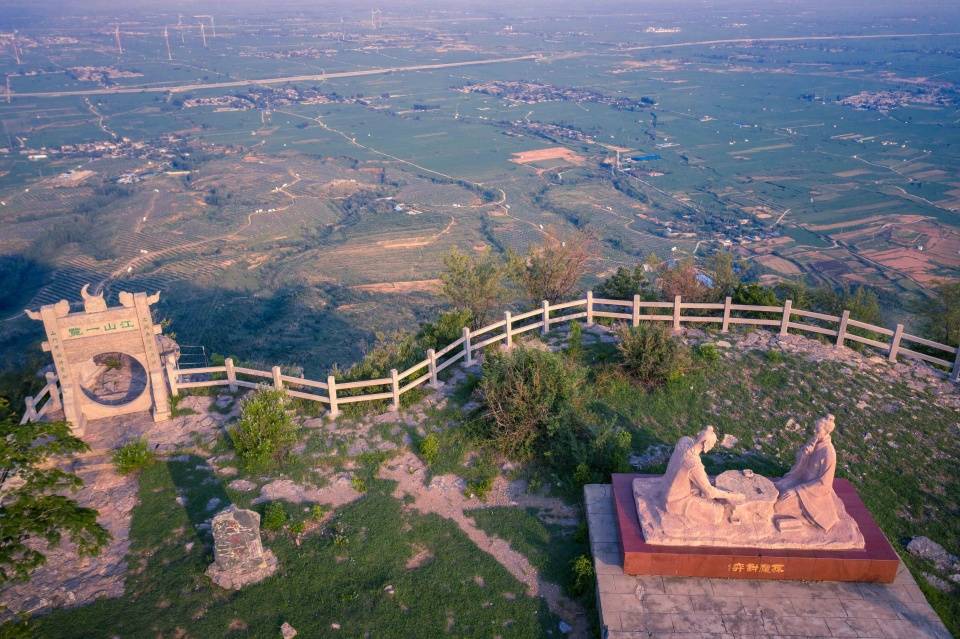 Zhang Yi and Su Qin are another pair of children in the same class. Using their vertical and horizontal techniques, they each created a military miracle. In the end, Qin State assisted by Zhang Yi unified the world. In Guigu, Su Qin, Zhang Yi, Pang Juan, and Sun Bin have their own caves. Among them, Sun Bin cave is the most spacious and the closest to the teacher's ancestral hall. This seems to express Guiguzi's special care for this student. 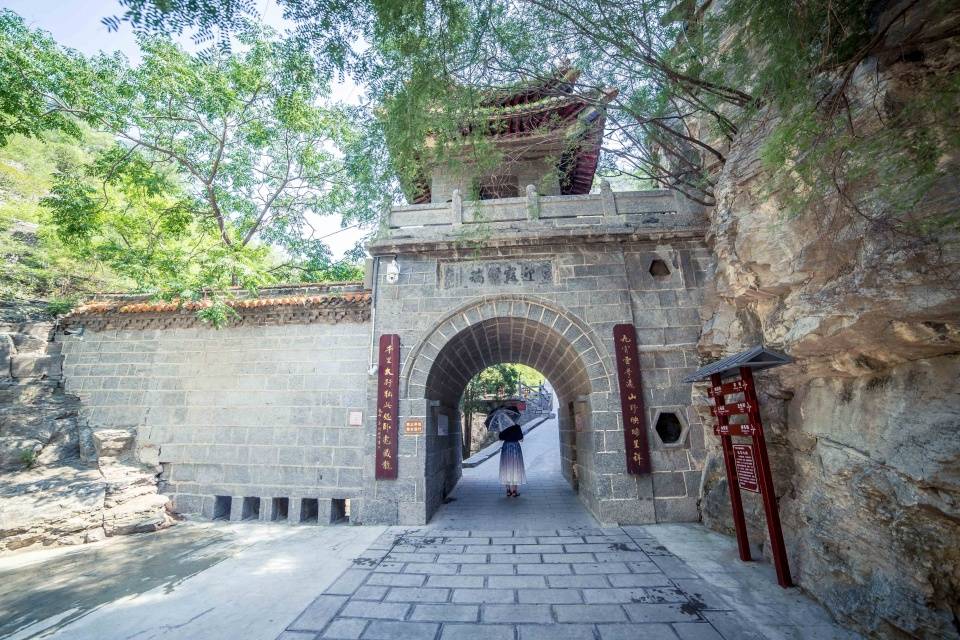 Many teachers who read history speculate that Guiguzi represents a school of scholarship, not someone. The reason is that these capable people all came from the Wei state, and they became the elites of various countries in one era. Expanding the scope further, even Shang Yang and Le Yi may also be academic practitioners of the Guigu School. They used similar tactics to engage in various contests and games, and finally subverted the outdated Zhou Dynasty. Since then, China has changed from a slave society to a feudal society, and the subsequent wars no longer have aristocratic tactics like "drums and drums". Undoubtedly, Guiguzi academics are the power to change the times.