Roadmap for holding shares of public funds in the second quarter

Compared with the first quarterly report, Poly Real Estate and Industrial and Commercial Bank of China were replaced by Hengrui Pharmaceuticals and Luzhou Laojiao, temporarily falling out of the list of the top ten major stocks of the fund. It can also be seen that the second quarterly report of public funds is still vigorously Implement "drinking and taking medicine." What is worthy of recognition is that the position layout of "drinking and taking medicine" has indeed brought good returns for many funds in the second quarter. Judging from the market performance of the top ten heavy-duty stocks, in the second quarter, the stock prices of 6 companies rose and 4 companies fell. The stock price of Wuliangye, which rose the most, recorded a cumulative gain of 14.53%, followed by Hengrui Pharmaceuticals with a cumulative increase of 13.35%. Maotai and Luzhou Laojiao achieved phased increases of 8.52% and 7.24% respectively in the second quarter. Although Gree Electric and Yili also achieved growth against the market in the second quarter, their gains were only 0.53% and 0.23%, respectively. However, the performance of Focus Media, China Merchants Bank, Ping An of China, and Midea Group was relatively worrying. In the second quarter, the stock prices were adjusted by 10.1%, 9.11%, 8.59%, and 2.03%, respectively.

Wen Jiaqi pointed out that the main reason for the fund's continued "grouping" consumption of white horse blue chip stocks is that the Chinese economy is facing downward pressure and there are many uncertain factors. The fund focuses more on defense and certainty in investment, so the cash flow is good and growing For large consumer companies with high certainty, even if their valuations are relatively high, liquor and pharmaceutical companies have once again become the "favorites" of public offerings.

The logic behind increasing stock holdings: starting with hot spots and good performance

The second quarterly report of the fund showed that while public funds held large positions in white horse blue-chip stocks, they also increased their holdings or established positions in a number of hot concept stocks. Among the 639 A-share companies that reported fund Masukura and new warehouses in the second quarter, 468 reported profits in the first quarter and their net profit increased year-on-year, accounting for 73.24%.

Of course, while ambushing hot concept stocks, public offering funds basically follow the idea of ​​holding high-quality stocks. Among the 639 A-share companies that reported fund Masukura and new warehouses in the second quarter, 468 reported profits in the first quarter and their net profit increased year-on-year, accounting for 73.24%. For example, in the second quarter of the fund's continued preference for liquor stock Shunxin Agriculture, the fund's shareholding ratio in the second quarter report increased by 3.64%. It is observed that the company's net profit in the first quarter report has achieved a good growth of 94.61%. The latest interim report performance shows that due to the expansion of the liquor sales market, the increase in sales and revenue, the company's net profit in the first half of the year is also expected to continue to maintain 70% to 100%. Year-on-year growth.

Lighten up bank stocks as a whole, and China Merchants Bank is "outstanding"

In the summary of the fund's second quarterly report, China Merchants Bank has only one of the top ten stocks in the banking sector, and its shareholding ratio in public offerings has been reduced from 3.59% to 3.32%, ranking sixth.

Although the growth of individual banking stocks is relatively excellent, the overall growth of the banking sector is still relatively weak compared to other industries. Wen Jiaqi said that in the illiquid A-share market, although bank stocks suffered a significant reduction in the second quarter, the overall position is still ranked sixth. Without further catalysis, individual high-quality bank stocks Perhaps it will continue to be recognized by the fund, but overall, it is difficult to be recognized by the fund in the short term.The possibility of scale increase.

Many blue-chip leading stocks are over-provisioned

Judging from the nature of the company’s over-restricted holdings in the second quarterly report, most of them are industry leading companies, such as PetroChina, Sinopec, Baosteel, Conch, Gree, Midea, SAIC, Moutai, Wuliangye, Yili, Haitian Flavour, China Merchants Bank, Poly, etc. Companies are among them.

A reporter from "Red Weekly" learned that although the regulatory authorities have set a limit of "no more than 10% of the net value" on the investment of a single stock of public funds. However, in recent years, over-restricted shareholding by funds has occurred frequently. At the end of the second quarter, there were 378 funds (separated from A and C) holding more than 10% of a single stock, involving 75 listed A shares. Among them, there are 25 funds holding a single stock more than 20% of the net value.

For example, at the end of the second quarter, the market value of Wingtech Technology held by China Ouqifeng accounted for 56.07% of the fund's net asset value, which is the fund with the most over-limit holdings. At the same time, the stock market value of the top two or top three heavy holdings held by individual funds collectively exceeded the limit.

Judging from the nature of the second quarterly report fund overrun companies, most of them are industry leading companies, including PetroChina, Sinopec, Baosteel Co., Ltd., Conch Cement, Gree Electric, Midea Group, SAIC Group, Guizhou Moutai, Wuliangye, Yili, Companies such as Haitian Flavor, China Merchants Bank and Poly Real Estate are among them. Most of the leading companies have stable performance growth. Observing the performance growth of the above-mentioned 75 companies in the first quarter of this year, 63 companies have achieved a year-on-year increase in net profit, accounting for 84%.

Judging from the latest interim performance forecast, only 4 of the 32 companies that have announced their performance forecasts in advance have a net profit reduction or loss in the first half of the year, and the remaining 28 companies are expected to achieve net profits compared to the same period last year. increase. For example, after the 34.05% of Shagang shares held by the Zhongrong Guozheng Iron and Steel Industry Graded Fund, the net profit in the first quarter increased by 138.88%, due to the increase in steel prices, the interim net profit is expected to continue to increase by 210% to 260% year-on-year; Conch Cement Benefiting from the large year-on-year increase in the sales price of the company's products, the net profit of the first quarter report increased by 121.9% year-on-year, and the net profit of the interim report also continued to increase by 8% to 100%.

In the second quarter, the best-performing fund "unique stock" in the market was Haili Bio, during which the stock price increased by 54.74%; the Guojin Minfeng Return Fund was more discerning and captured the first "high-send transfer" in the 2018 interim report. Concept stock triple Hongpu.

In addition, in each reporting period, there will always be some companies that will receive the "special favor" of a certain fund manager and become the "exclusive stocks" of funds in the quarter. Observing the data of the second quarter report of the fund, there are 382 A-share companies holding only one fund, but it is a pity that during the second quarter, there were 10 fund "single stocks" suspended, and there were only 35 stocks in normal trading. Realized an increase, accounting for only 9.41%.

Among the companies with better growth momentum, there are many sub-new stocks that have just been listed, such as Fuda Alloy and Baby-friendly Room. The cumulative gains are mostly from the continuous daily limit at the initial stage of listing. In the second quarter, the market's best-performing fund "unique stock" was Haili Bio. During the period, the stock price increased by 54.74%. The net value of the re-entitlement unit of China Huitianfu Medical and Health Fund in the second quarter increased by 7.62%, which has increased by 16.33 since the beginning of this year. %. Guojin Minfeng Return Fund is more eye-catching. The second quarter report captured the first "high delivery transfer" concept stock in the 2018 interim report, Sanlian Hongpu. After the launch of the plan on June 26, the company's stock price closed 4 consecutive daily limits.

However, at the same time, the trend of many stock price correction companies in the "unique stocks" is also quite tragic. 59 companies have fallen by more than 30%. *ST Tianma, Qianshan Yaoji, and Jinlong Electromechanical have experienced different declines. As much as 76.21%, 60.67%, 59.61%.

Observing the fundamentals of the fund's "unique stocks" in the second quarter report, 234 companies made profits in the first quarter of this year and their net profit increased year-on-year, accounting for 61.26%, which was lower than the fund's total holdings in the second quarter.73.2% of the stocks are high-quality companies. Among them, there is a similar performance growth of 607.48% in the first quarter report and a 505.7% growth in the interim report; there is also a SAINT ANGELO with a quarterly net profit increase of 150.21% and an interim report growth of 200% to 250%.

At the same time, there are also companies like agricultural products (the net profit of the first quarter reported a year-on-year decline of 38.39%, and the predicted loss of the first half of the year was 12 million to 24 million yuan). With the weakening of fundamentals, the current dynamic P/E ratio of agricultural products has reached as high as 753.7 times. Fuan shares, which also have poor growth prospects, achieved a year-on-year growth of 16.33% in net profit of 2.743 million yuan in the first quarter. However, due to the decline in the overall gross profit margin of castings, the company's net profit in the first half of the year is expected to drop by 62.07%. The valuation of has reached 294.69 times. Although the company announced its forecast for the first half of the year's performance decline at the end of April, it has become the "unique" heavy stock of Xingyin Fengying's flexible allocation of hybrid funds. However, the company is currently suspending trading to plan a major asset reorganization. Perhaps the intervention of the fund is betting on the potential benefits that the reorganization is expected to bring. 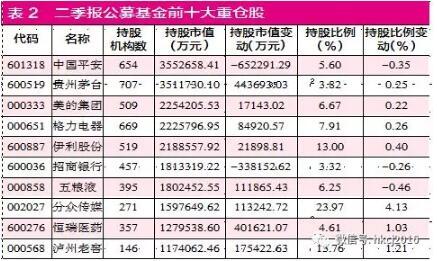 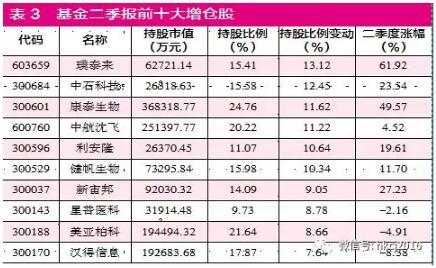 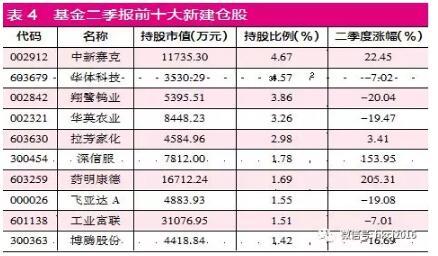 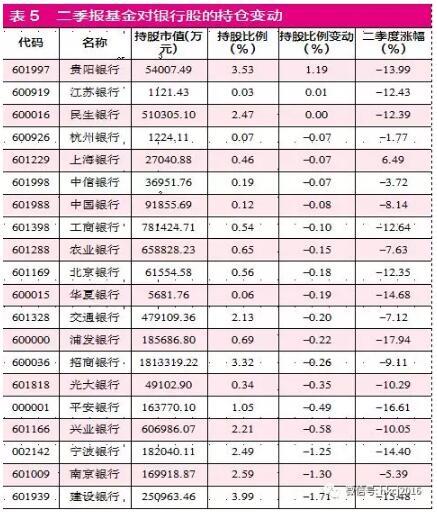 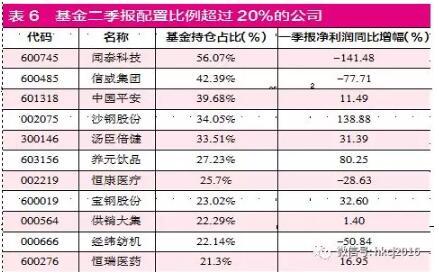 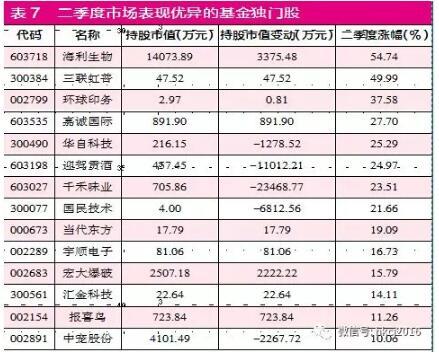