Accuracy is the most primitive evaluation index in classification problems. The definition of accuracy is

the percentage of the results that are correct in prediction to the total sample, and the formula is as follows:

TP): a positive sample predicted by the model to be positive;

FP): negative samples predicted to be positive by the model;

FN): positive samples predicted to be negative by the model;

TN): Negative samples predicted to be negative by the model;

In the test set, there are 100 samples, 99 counterexamples, and only 1 positive example. If my model indiscriminately predicts a negative example for any sample, then the accuracy of my model is 0.99, which is very good from a numerical point of view, but in fact, such an algorithm does not have any predictive power, so We should consider whether there is a problem with the evaluation index, and then we need to use other evaluation indexes for comprehensive evaluation.

precision rate, it is

in terms of forecast results, and its meaning is

The probability of the sample that is actually positive among all the samples that are predicted to be positive means how certain we can predict the result of the positive sample, the formula is as follows:

recall rate, it is

for the original sample, and its meaning is

The probability of being predicted as a positive sample in a sample that is actually positive, the formula is as follows:

Quote the diagram in the Wiki to help explain the relationship between the two. 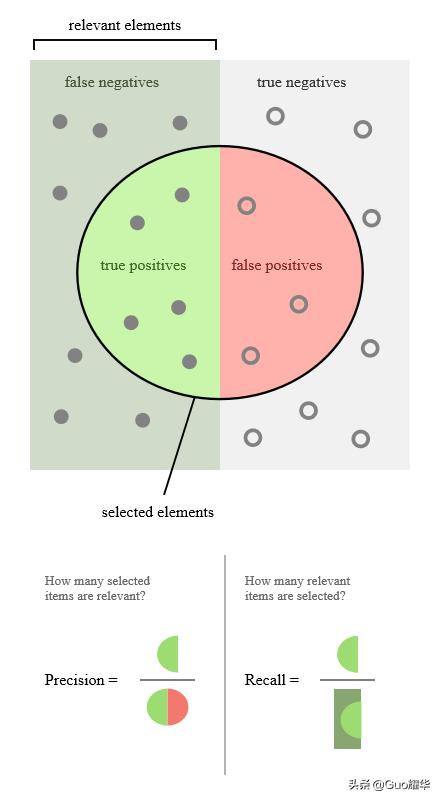 In different application scenarios, our focus is different. For example, when predicting stocks, we are more concerned about the accuracy rate, that is, how much of the stocks we predict to rise, because of those we predicted We invest money in rising stocks. In the scenario of predicting patients, we pay more attention to the recall rate, that is, among those who are really sick, we should predict the wrong situation as few as possible.

Precision and recall are a measure of the ebb and flow of this. For example, in the recommendation system, we want to make the pushed content as interested as possible by all users, so we can only push the content that we hold high, so that some content that users are interested in is omitted, and the recall rate is low; The content that the user is interested in is pushed, so the only way to push all the content is to kill one thousand by mistake instead of letting it go, so the accuracy rate is very low.

In actual engineering, we often need to combine the results of two indicators to find a balance point to maximize comprehensive performance. 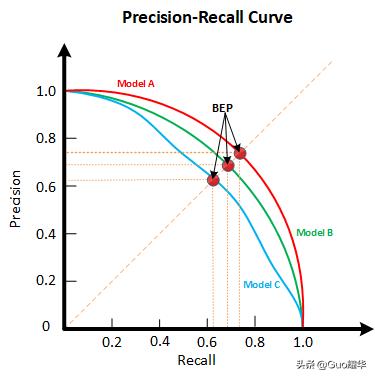 BEP) is derived. When P=R, the higher the value of the balance point, the better the performance.

As mentioned above, the Precision and Recall indicators sometimes trade each other, that is, the higher the accuracy rate, the lower the recall rate. In some scenarios, the accuracy rate and recall rate must be balanced. The most common method is F -Measure, also known as F-Score. F-Measure is the

In particular, when β=1, the common F1-Score is the harmonic average of P and R. When F1 is higher, the performance of the model is better.

ROC and the AUC mentioned later are very commonly used evaluation indicators in classification tasks. This article will elaborate on them. Some people may have questions. Since there are so many evaluation criteria, why use ROC and AUC?

Because the ROC curve has a very good feature:

Another reason is that ROC, like the P-R curve mentioned above, is an evaluation index that does not depend on the threshold (Threshold).In a classification model whose output is a probability distribution, if only accuracy, precision, and recall are used as evaluation indicators for model comparison, they must always be based on a given threshold. For different thresholds, each model’s Metrics results will also be different, so it is difficult to get a very confident result.

Before officially introducing ROC, we will introduce two more indicators.

False Positive Rate (FPR), the specific formula is as follows.

In fact, we can find that the sensitivity and recall rate are exactly the same, but the name is changed.

Analyzing the above formula in detail, we can see that the sensitivity (true rate) TPR is the recall rate of positive samples, the specificity (true negative rate) TNR is the recall rate of negative samples, and the false negative rate FNR=1-TPR , False positive rate FPR=1-TNR, the above four quantities are all for the prediction results of a single category, so it is not sensitive to whether the overall sample is balanced. For example: Suppose that 90% of the total sample is a positive sample and 10% is a negative sample. In this case, it is unscientific for us to use the accuracy rate for evaluation, but it is possible to use TPR and TNR, because TPR only focuses on how much of the 90% positive sample is predicted to be correct, and 10% negative The sample is irrelevant. Similarly, FPR only focuses on how many of the 10% negative samples are predicted incorrectly, and it has nothing to do with the 90% positive samples. This avoids the problem of sample imbalance.

ROC (Receiver Operating Characteristic) curve, also known as the receiver operating characteristic curve. This curve was first used in the field of radar signal detection to distinguish between signal and noise. Later, people used it to evaluate the predictive ability of the model. The main two indicators in the ROC curve are

False Positive Rate FPR. The benefits of this choice have been explained above. The abscissa is the false positive rate (FPR) and the ordinate is the true rate (TPR). Below is a standard ROC curve. 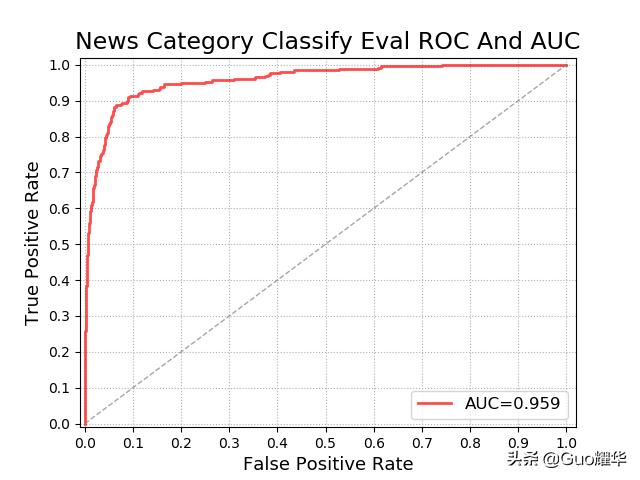 Similar to the previous P-R curve, the ROC curve draws the entire curve by

We see that changing the threshold only continuously changes the number of predicted positive and negative samples, namely TPR and FPR, but the curve itself has not changed. This makes sense, the threshold does not change the performance of the model.

TPR and the lower the FPR (that is, the steeper the ROC curve), the better the performance of the model. Refer to the following dynamic diagram for understanding.

I have explained why the ROC curve can ignore the imbalance of the sample. Let's show how it works again in the form of a dynamic graph. We found that:

No matter how the ratio of red and blue samples is changed, the ROC curve has no effect.

The confusion matrix is ​​also called the error matrix, through which the effect of the algorithm can be observed intuitively. Each of its columns is the predicted classification of the sample, and each row is the true classification of the sample (the reverse is also possible). As the name suggests, it reflects the degree of confusion of the classification results. The original of row j of the confusion matrix i is the number of samples that were originally classified into category i but were classified into category j, which can be visualized after calculation: 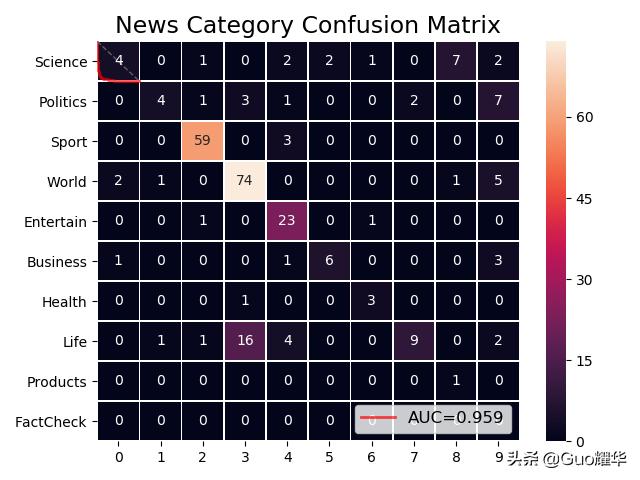 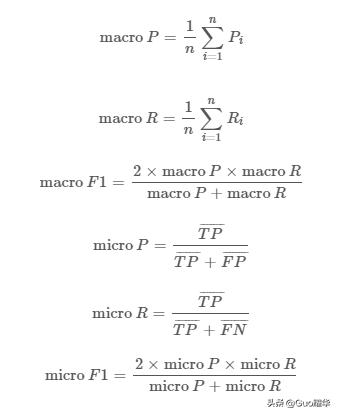 It should be noted that in the multi-classification task scenario, if a comprehensive metric must be used,

Email: The copyright of this article belongs to the author, welcome to reprint, please indicate the source. [If you think this article is not bad, it has brought some help to your study, and appreciation is the best encouragement for the author]