Teacher Mi Shutao's prediction of the Chinese zodiac fortune in 2021

The seven kills of the year-old Gan Xin Jin as the rabbit of the zodiac are both the evil star and the powerful star. Ancient Chinese star life scholars considered it to be extremely evil. Although the name is fierce, in fact it can be turned into auspicious by being systematic and transformed. It has great achievements. Seven kills are the majority, because the phenomenon of seven kills is aggressive, persevering, ambitious, and courageous. It is not a beautiful thing to attack the body, but the noble style, there are more seven evil spirits. The cover is controlled properly and used for my use, like a great hero, it seems difficult to control, but when it is well handled, it will be earth-shattering, and it will be accomplished suddenly. This prince and general will save more Qisha too.

This star is beneficial to the girl of the zodiac rabbit. It is a star of the opposite sex. It is generally good for marriage. However, Tai Sui Xin Jin and the zodiac rabbit are in a conflicting state, so even if there is a relationship of the opposite sex, there are many fluctuations or resistances. . For boys, officials tend to lead deputy leaders, but Tai Sui Chou Tuhe will harm Xiao Tu Maomu, so it is not good. There is a situation of mutual generation and mutual restraint between different zodiac signs, which leads to some people encountering a situation of drastic changes in luck when entering a special year of the zodiac, and this change in fortune is often referred to as "to commit Tai Sui". "Chong Tai Sui" "Hurt Tai Sui". People who belong to rabbits will encounter this situation in the next 2021. Maotu will meet Tai Sui in the Xin Chou year.

Especially in 2021, Maotu will also encounter the Seven Killing Calamities, and the overall fortune will be precarious. If it is properly regulated, it will be in power, but it is also very difficult to pay.

Xin Chounian Tai Sui is the partial fortune of the zodiac rabbit. This star is not a fierce star, but it is in a fight against the zodiac rabbit, and Tai Sui is the most powerful, so it is automatically promoted to the seven murderous star, this star is the master of everything Killing and hurting, violent disasters, acute illnesses, social forces, the existence of evil, etc. Therefore, the zodiac rabbit is easy to provoke evil villains in 2021, easy to be hostile and attacked by social forces, easy to be suppressed by deputy leaders and law enforcement agencies, and the overall fluctuation and pressure are relatively high.

Secondly, Tai Sui Xin Jin also committed three evils for the calamity of the zodiac rabbit. Offending the three evils may cause serious problems such as accidental injury to family members, illness and wealth, or cause innocent disasters. 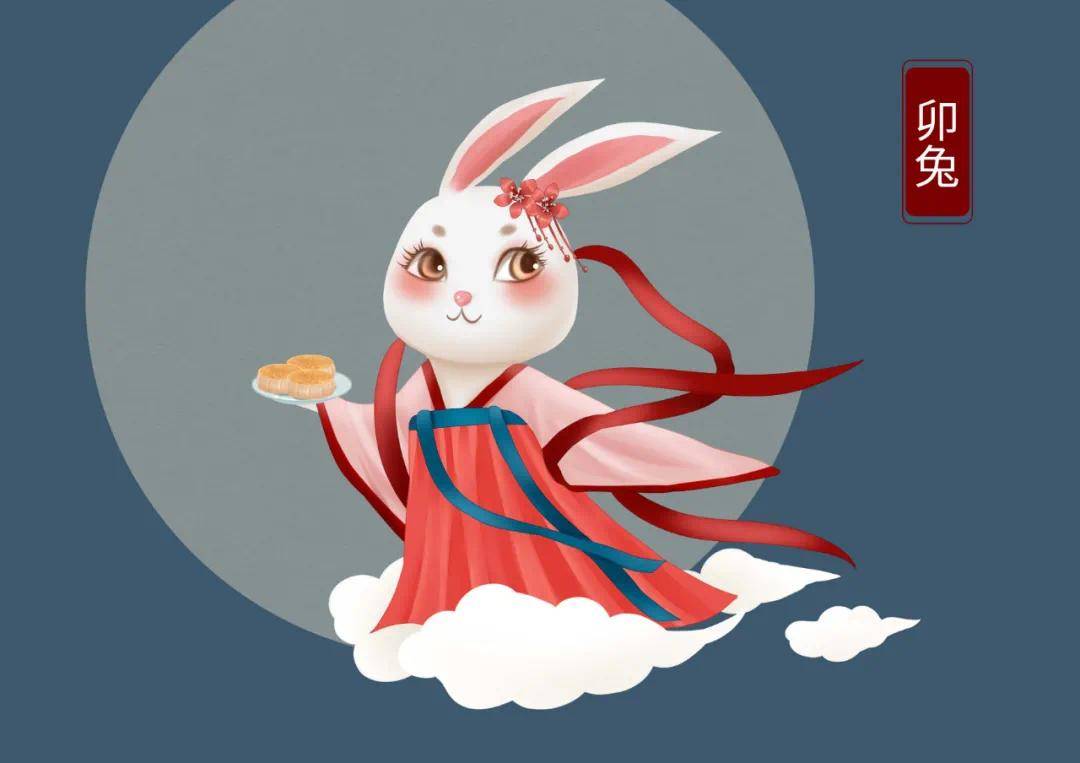 The future financial games will be ups and downs

Wealth is not auspicious. In 2021, Tai Sui Xin Jin is the seven killer star and the zodiac rabbit is still dying in the new year. It is more dominant for loss and less profit. Secondly, the ugly soil of Tai Sui is mud, generally more dominant property, so the zodiac rabbit returns You have to prevent right and wrong and conflicts because of your belongings, and you may harm yourself or damage your wealth and cause lawsuits. Of course, the 2021 zodiac rabbit will kill Xinjin every year. If it is properly regulated, it will also become wealth. Therefore, even if the 2021 zodiac rabbit is privately unavoidable, it still has good luck on the surface.

Due to the existence of the Seven Killing Stars, the bunny people’s future fortune will definitely fluctuate. Even if there is no disaster in the Ugly Earth Year, due to the huge pressure of the career fortune, it will affect themselves. The wealth fortune makes it very difficult. After all, the relationship between wealth and career luck is still quite close.

Lack of noble support, the development direction has become very unstable, and at the same time in the flow of capitalThere will also be problems with gold. This is the financial pressure that rabbits will face and the pressure brought by society. Fortunately, predicament does not mean desperation. If Maotu can find a good way in financial management, it can still ensure that wealth is preserved.

To correctly recognize your current financial pressure, do not choose to take a stance or a desperate investment method, especially in the case of investment and speculation, you must pay more attention, do not do it blindly, this will only make His wealth has shrunk further. Choosing a reasonable response method according to different dilemmas is the best way to deal with the assets of the rabbit.

If the seven kills are effectively controlled, the rabbits will turn defeat into victory this year, and fight a beautiful counterattack. Remember to carefully verify and evaluate the risks you face, so that you can make progress more steadily. . 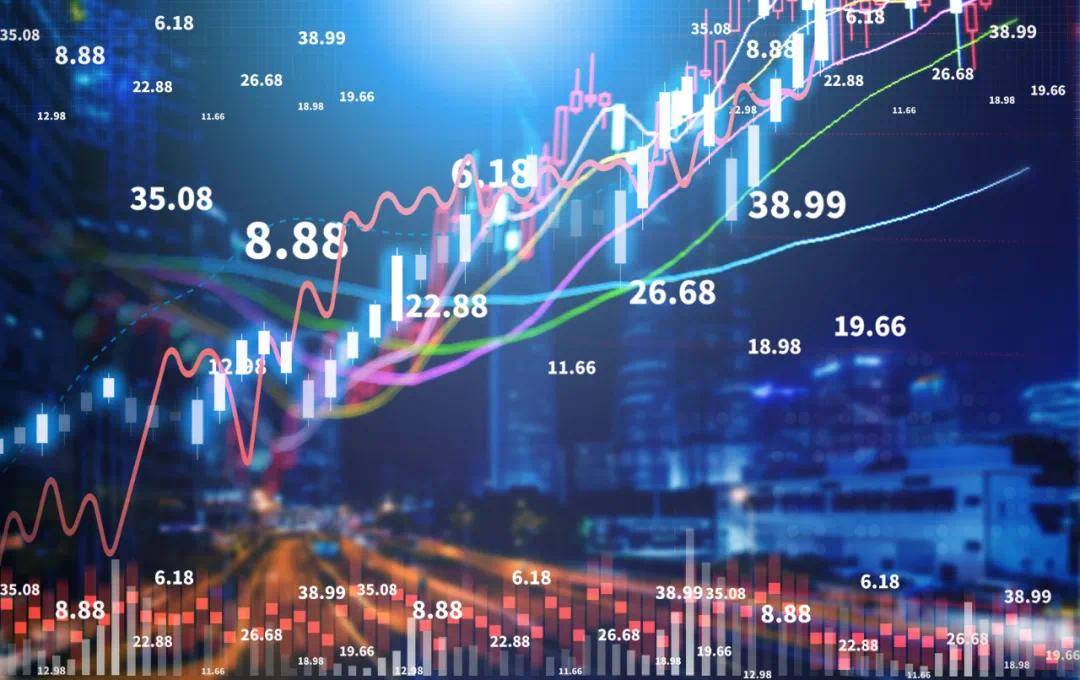 A huge challenge will be ushered in

As the rabbits are harmful to Tai Sui in their 2021 fortune, Maotu will face a huge challenge in career. It can be said that most of the problems that hurt Tai Sui will appear in the career. For example,

the business encounters financial problems, the company's development is stagnant, the work is framed by the villain, the work difficulty is doubled but the income is reduced, etc. To some inexplicable lawsuits.

It can be said that the pressure from work will make it difficult for the rabbits to support, and even make moves such as job-hopping, hoping to change bad career luck.

There is no problem with this choice. When you can't go further, you might as well choose another path. However, you must have a complete job-hopping plan before re-selecting jobs to ensure that you will not repeat the same mistakes after changing jobs.

There is a cloud in the ancient books, it is not a beautiful thing to attack the body, but the great and noble style, there are many seven evil spirits. The cover is controlled properly and used for my use, like a great hero, it seems difficult to control, but when it is well handled, it will be earth-shattering, and it will be accomplished suddenly. This prince and general will save more Qisha too.

Here, all the advantages and disadvantages of Qisha are explained, and it also fully illustrates the two sides of things. The shortcomings of Qisha are ruthless attacking and wanting to put oneself to death, so they are reckless, evil forces, gangsters, diseases, disasters and other things that are unfavorable to themselves. However, if the Qisha can be controlled and made to serve me well, it will exert a lot of strength, showing bravery, decisiveness, and courage, so it turns into authority and can accomplish great things. Therefore, the poor, handicapped, and disaster-prone people have more Qisha, and the great heroes and powerful people also have the Qisha. The truth here is easy to understand. People must create more opportunities for themselves when doing things in the world, and must be brave enough to overcome difficulties. Therefore, most successful people are bold and decisive people. This is closely related to Qisha. Relationship. When a person has courage, he must be good at managing himself, otherwise he will become reckless, and proper management will become courageous and courageous.

Whether it’s seven killings or official officials, it depends on the attitude of each person. Under normal circumstances, they are opposites. When the body can bear it, you will reflect the character of official killing: when you can’t bear it, it’s External conditions produce a sense of depression and restraint on you. Depending on whether he can afford it or not, it will determine the size of his future career. 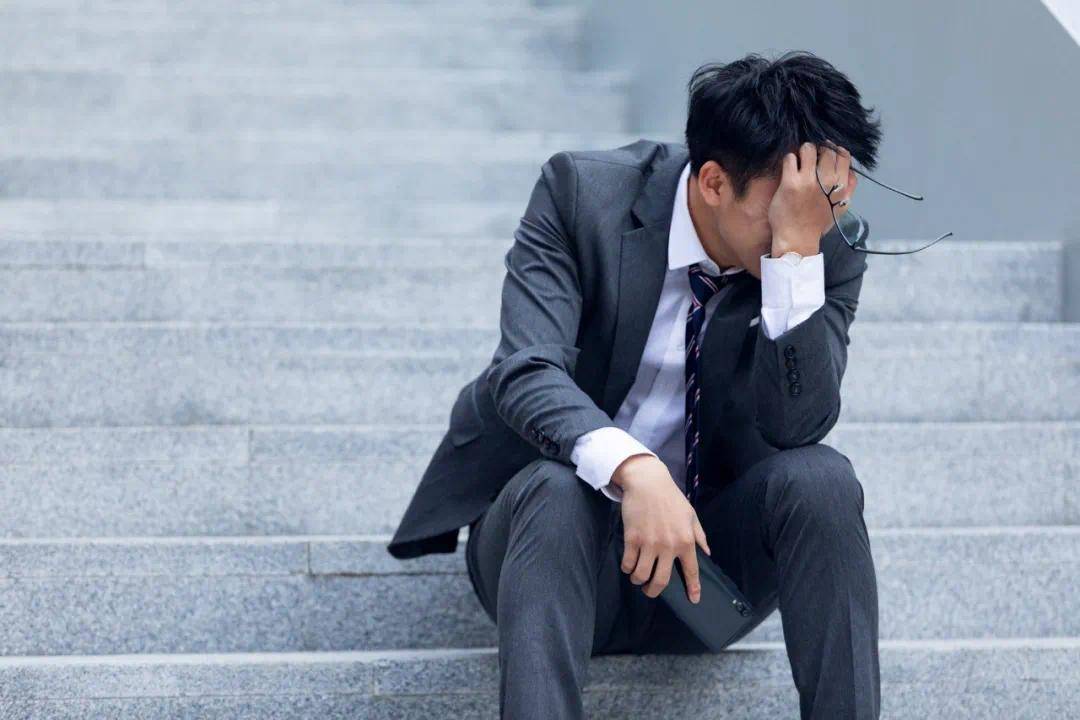 Because of the attack of the seven evil stars, Maotu will encounter emotional turmoil in mid-2021. Because the characteristic of Qisha, a fierce star, is that the emotional ups and downs are very large, if the rabbit is not able to correct their mentality, it will easily lead to stagnant emotional development.

For example, married people may have cold violence in marriage in the next year or financial problems may lead to rifts in their marriage. If you want to solve this problem, you must ensure that you can be busy At the same time, you should set aside a part of your mind about family life at work, and treat your partner more carefully, which has a great effect on maintaining your married life.

It is also difficult for those singles to harvest their own love in the ugly years. In fact, singles should put all their minds on their work in 2021, and try to solve all kinds of problems that exist at work. As for marriage, let’s talk about it later. 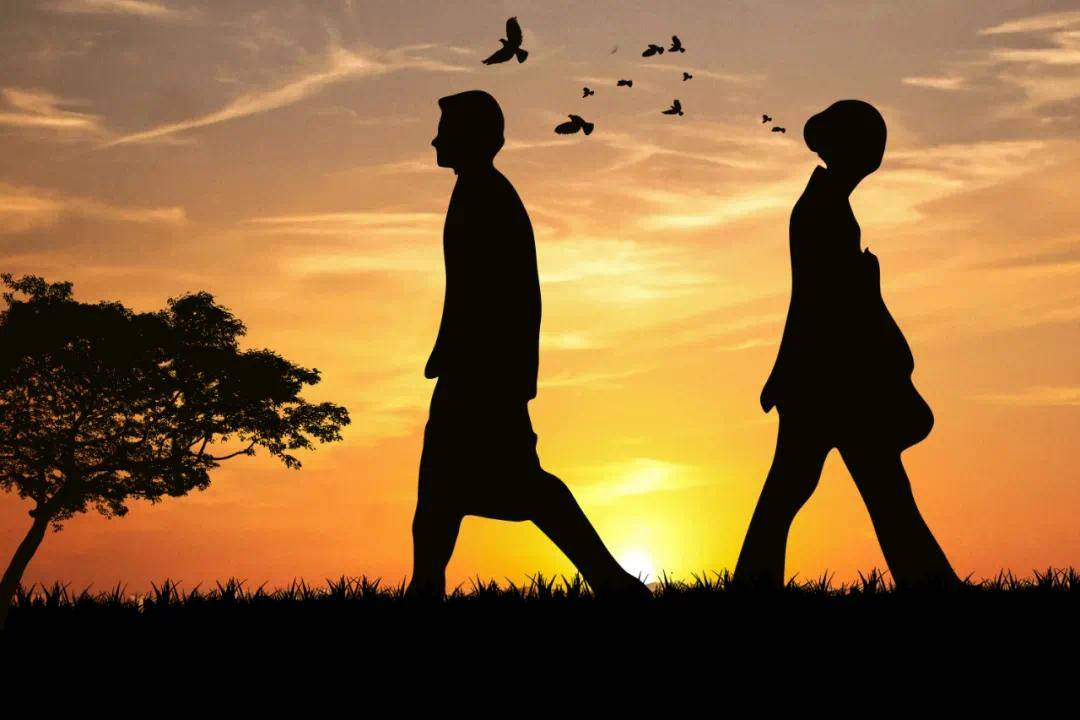 In terms of health, in simple terms, the continuous emergence of difficulties in career and wealth will cause great pressure on the rabbits' spirit, such as alcoholism, anxiety, insomnia, pain and depression, etc. will appear on Maotu. If not targeted, this kind of mental pressure can even crush a person.

Moreover, the fortune changes caused by Tai Sui will also affect Maotu's health. For example, the liver and gallbladder, the spleen and stomach, and even when going out in the car, there may be traffic accidents. In the face of this possible problem, you must be more careful when you travel, and don't cause unnecessary troubles because of your negligence.

Because this year the rabbit of the Chinese zodiac encounters the Seven Killing Stars, and the Seven Killing Stars will have a fortune in the future, the friends of the rabbit and the Tai Sui have formed an elephant of civil war. The friends of the rabbits of the Chinese zodiac should pay attention to it. Therefore, in 2021, the zodiac rabbit has to prevent metal torture disasters, such as stab wounds, metal collisions, and car accidents. Secondly, the Seven Murder Stars also dominate the evil villains, the underworld, the rogue, etc., so you also need to guard against the villains and don't easily incur hatred for yourself, otherwise the result will be very bad. Secondly, Cai is a woman. In diplomatic relations, try not to have unnecessary fights because of women. Also, the zodiac rabbit has to guard against the hidden dangers of the liver and gallbladder, and it is mostly acute that comes quickly, and sometimes it also leads to nervous anxiety and anxiety. high pressure.

Harmful Tai Sui has a huge impact on a person's fortune. It is difficult to find a solution to this change in air luck, even wearing various feng shui accessories that are very effective. Of course, it is not impossible to resolve it. According to the characteristics of Tai Sui, by participating in various happy events such as marriage, childbirth, moving to a new house, etc., you can borrow the luck of these festive events to rejoice for yourself, so as to achieve the elimination of disasters. effect. 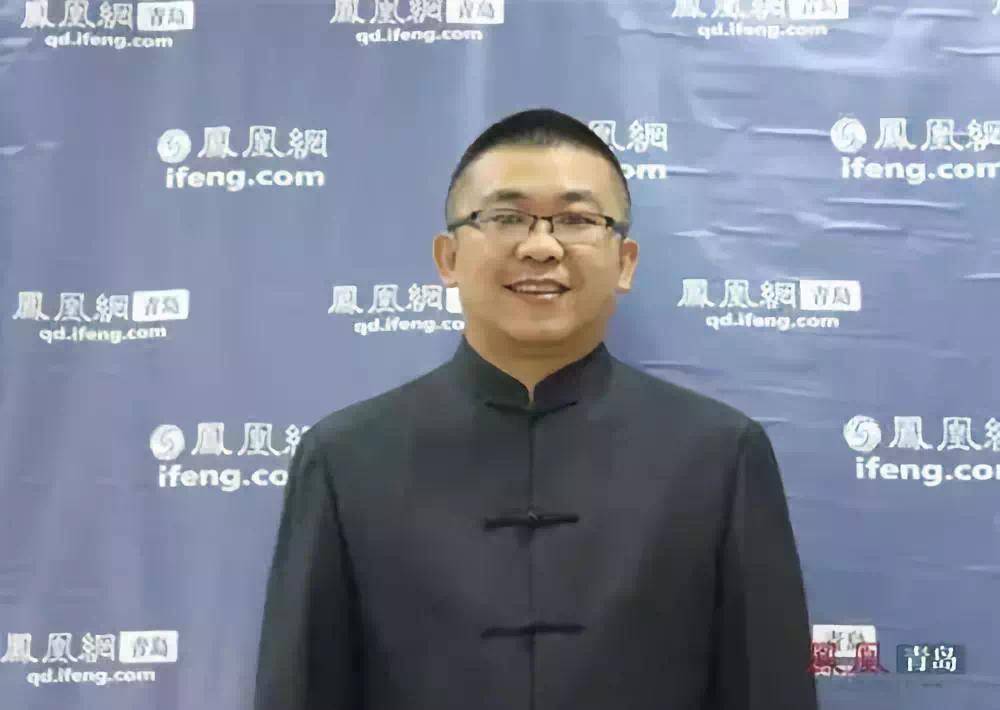 Mi Shutao, from Zibo, Shandong, a well-known expert in the field of Yi-learning in China, and a director of the Academic Department of the International Federation of Yi-learning. When he was a child, he followed his uncle to study the Book of Changes in the family, and had to meet the folk strange strangers to teach the ancient method of Qimen Dunjia. Later, he studied under the Secretary-General of the Chinese Zhouyi Society and the doctoral tutor Lin Zhongjun of Shandong University to study the knowledge of the Xiangshu school and was good at strange strangers. Door, Liuyao, Meihua, Bazi, Liuren, Fengshui, won the "First China Third and Fourth Level Market Summit Forum" sponsored by CCTV-7 in 2010, and was specially hired by German GIA as the European Book of Changes academic research consultant in 2017.