Industry insiders pointed out that major brands have quietly started their children's clothing market layout as early as the first decade of the 21st century.

Correspondingly, it is the large-scale influx and unique layout of sports brands in the field of children's clothing. Among many sports brands, Anta Children is the first sports brand to enter the children's field in China, founded in 2008. In 2010, 361° decided to set up an independent children's clothing business department for the market for children aged 5-12. In 2011, Xtep Group officially launched the "Xtep Children's Wear" brand, and established a company specializing in operating this brand in 2012. Not only that, Nike and Adidas have also opened independent children's stores or specialized children's areas in general stores in recent years. 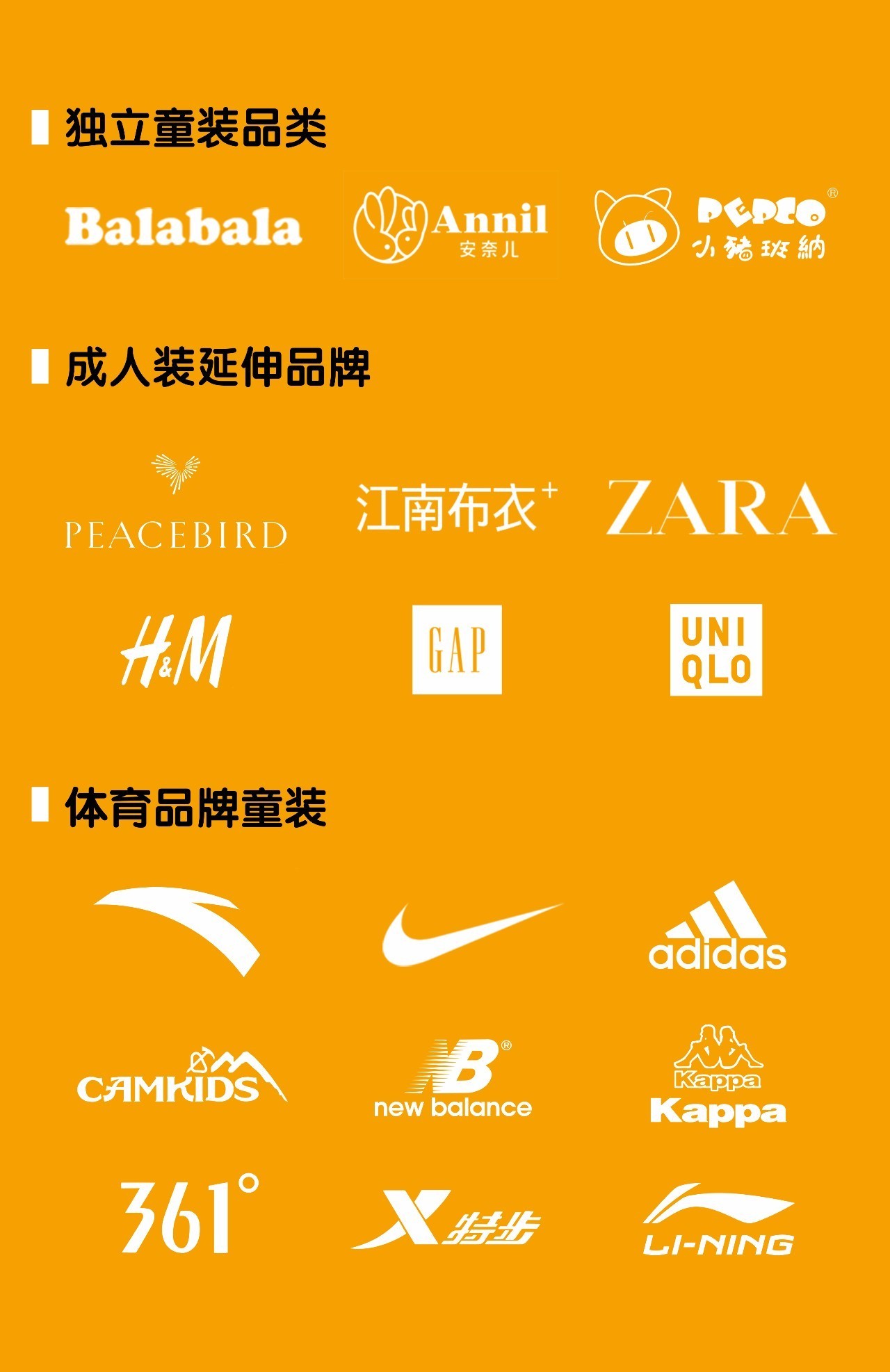 Unlike brands such as Barabara and Zara Kids, sports brands independently package and operate children's clothing brands on the basis of their original brands-neither completely independent nor absolutely subordinate. For example, Anta Children and Nike Kids can not only better use the brand dividends of the parent brand, but also build consumer awareness, which can be described as killing two birds with one stone. Among them, Anta Children relied on the earliest layout of the children's market and relied on the resources of the parent brand to lead the way, achieving double-digit compound annual growth.

Crisis in the heyday: the development and bottleneck of the traditional model

In the field of children's clothing, the previous offline wholesale model has achieved stunning brilliance, and it has also encountered bottlenecks in recent years.

For a long time, children's brands have mainly driven overall business growth with product and channel expansion. Take Anta Children as an example. Since its establishment 9 years ago, Anta Children has grown at a high compound growth rate. Its products cover children aged 1-14. It currently has more than 2,000 stores in China.And millions of members. In the first half of 2016, the revenue contributed by Anta children's clothing increased by more than 30% year-on-year, accounting for about 10% of the total revenue. In the first quarter of 2017, the retail sales of Anta-branded products still recorded a low double-digit year-on-year increase, of which Anta Kids grew by more than 30%. Other brands, such as 361°, Zara, etc., have also achieved continuous growth in their children's clothing categories due to the blessing of market and demographic dividends.

However, although the children's clothing market dividends continue to expand, the pressure of similar manufacturers to target the same piece of cake cannot be ignored. At the same time, driven by consumption upgrades, consumers are increasingly switching from price-oriented to value-oriented. At this time, the value of brand power is prominent, and the transformation from pure commodity prices to brand premiums becomes more and more important. ——Shaping a distinctive brand image and establishing consumer recognition and even recognition have become the next growth point that many brands focus on.

The road to break: precise focus on consumers + creation of new industry gameplay

Faced with the challenges of the market, it is very important to clarify brand positioning, seize opportunities, and occupy the minds of consumers. And market leading brands such as Anta have also responded first to explore the "breakthrough in the children's clothing industry" the road".

It is reported that as early as 2016, Anta Children launched a brand upgrade plan, and officially launched a new brand proposition in February 2017: stubborn growth. The person in charge of Anta Children's Brand said: "Stubborn Growth" is based on the observation and research of parents born in the 85s and 90s. "Nan" emphasizes the cultivation of healthy physical and mental abilities such as being strong, optimistic, and teamwork behind playing and naughty. "Growth" is the most important mission of ANTA Children as a brand dedicated to leading and building China's professional children's sports culture: how to help parents make their children grow meaningfully in sports.

As the first generation of only children in China have gradually become parents, new views on parenting and consumption have quietly taken place. Young parents will pay more attention to all aspects of their children's growth and will no longer simply emphasize academic performance. They want their children to have a healthy and happy childhood. At the same time, I will pay attention to the development of children's own interests and look forward to helping them grow up. This is also an important reason why more and more parents realize the importance of sports in the growth of children. 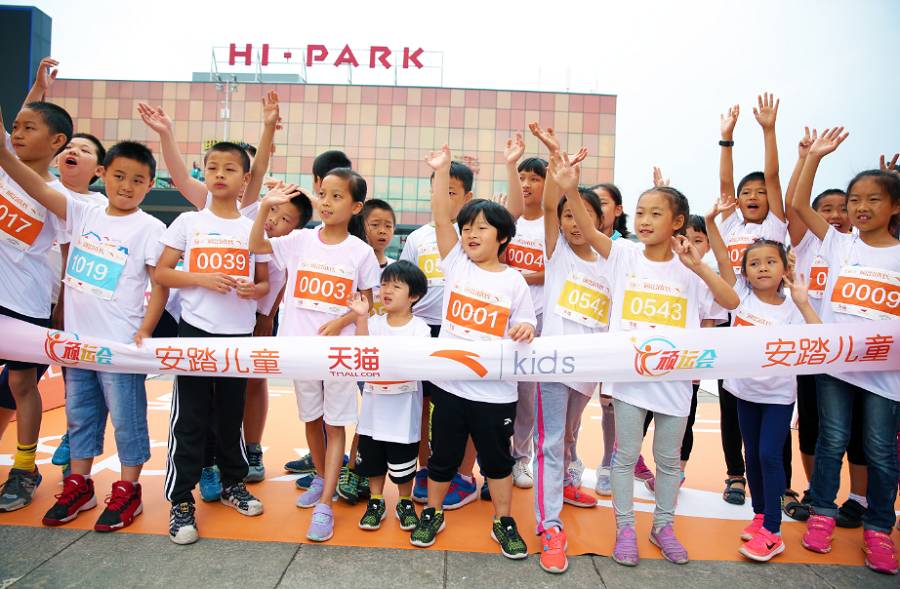 Focusing on the proposition of "stubborn growth", Anta Children will create a series of "stubborn plan" brand communication. The reporter sorted out the spread of Anta Children this year and found that almost all punches are heavyweights: a video "A Letter to Mom" ​​on Mother's Day on May 14th. Internet hits continued to climb for a week, setting a record of nearly 50 million impressions. , The topic of “Don’t Be a Mother of Words” even once made the top 3 on Weibo Hot Topic List. On May 15th, we will join hands with Tmall’s mothers and babies to create a new quality and safety, a new era of trendy mothers, and a new scientific parenting-“three news” as the concept The parent-child festival grand ceremony promotes the new parenting concept of "redefining children's growth" and launches a series of products and marketing activities. On May 30, the Beijing Railway Station of the Hard Games was launched, setting a record of 20,000 square meters for the Children’s Games. In addition, Anta Children and Baby Tree reached a strategic cooperation to jointly create a "Children's Growth Academy", which uses precise vertical windows to firmly lock children's sports and parent-child relationships.

Through a series of marketing communications by Anta Children, Anta Children is gradually building a brand marketing model with "stubborn growth" as its core content. Through the brand positioning and consumer communication strategy that emphasizes both fun and professionalism, sensibility and rationality, Anta Kids tries to establish an emotional bond between the brand and consumers, establish a professional image of the brand, and strengthen the role of the product. Consumers will understand the brand concept through personal experience of the brand, and Anta Kids will use this to create a series of brand IP activities to promote online and offline linkage marketing.

Products are the foundation of the brand-in response to this, children’s wearBig brands also have their own unique tricks to "empower" their products through design and technology. Among them, the "appearance faction" represented by Zara Kids and Barabara, and the "strength faction" represented by Nike Kids and Anta children have become two camps, competing in different levels.

Zara has always been adhering to the fast-fashion strategy of "first-class design, second-rate fabrics, third-rate prices", achieving rapid expansion in traditional channels, and its pursuit of appearance design has also extended to the field of children's clothing. Make it the first choice for parents in the category of "appearance control" and "fashionista". However, its expensive price and unsatisfactory practicality are destined for its "small and beautiful" market share.

Correspondingly, it is Nike Kids and Anta Children who pay attention to practicality and functionality. They make use of the core advantages of sporting goods developers, relying on the group's strong technology research and development and product design capabilities, and continue to innovate, develop, and design footwear products suitable for Chinese children's professional sports and daily sports, according to the functional requirements of different sports. different.

For example, at the age level, Anta Children divides consumers aged 1-14 into different user groups such as infants, children, middle-aged children, and older children according to their growth needs, and according to the needs of various age groups for sports Different levels of product functional design. For example, to provide protection for infants and children in the toddler stage, 123 growth function shoes with induction balance point and grip design; cool T-shirts designed for professional sports for middle and large children, which have special advantages in perspiration and quick-drying. ; And professional sports protection for football shoes developed and designed for children's football. At the same time, Anta Children has also continued to develop unique patented products for children’s sports, such as cotton-padded glasses for glasses, which not only have the function of keeping warm and cold, but also prevent dazzling. It has also become popular among children because of its unique design. commodity.

With the gradual emergence of the “second child” policy and the overall upgrade of consumption, the scale of online maternal and child consumption in 2016 has reached 500.9 billion yuan. In line with the new retail era, children's clothing brands have also strengthened sales through online channels, creating online + offline linkage: a new retail model combined with an innovative marketing model of e-commerce.

This point can be seen from the flagship stores of major children's clothing brands all over Tmall and JD.com. At the same time, major brands have also taken the initiative to empower each other with the platform, and join hands with the platform to open up a new model of the e-commerce industry.

Taking Anta Children as an example, on May 30th, Anta Children and Tmall Maternal and Infant signed a strategic agreement-through cooperation with Tmall, Anta Children can make full use of the big data and technological endorsements of the Ali platform on the one hand , Continuously improve products and provide better experience; on the other hand, a communication platform can be built around children's sports culture, and brand innovation marketing and content marketing can be improved through the platform. For example, at the strategic signing site, the two parties carried out the exclusive release of "Anta Children's Smart Motion Shoes"; in addition, Anta Kids also tried the C2B customized "Little Monster" series of products on the Tmall platform for the first time-making children's graffiti works Become a customized product, which reflects that the product is more in line with the child's perspective and interest under the premise of professional technology support.

Anta Children's outstanding performance in the field of e-commerce 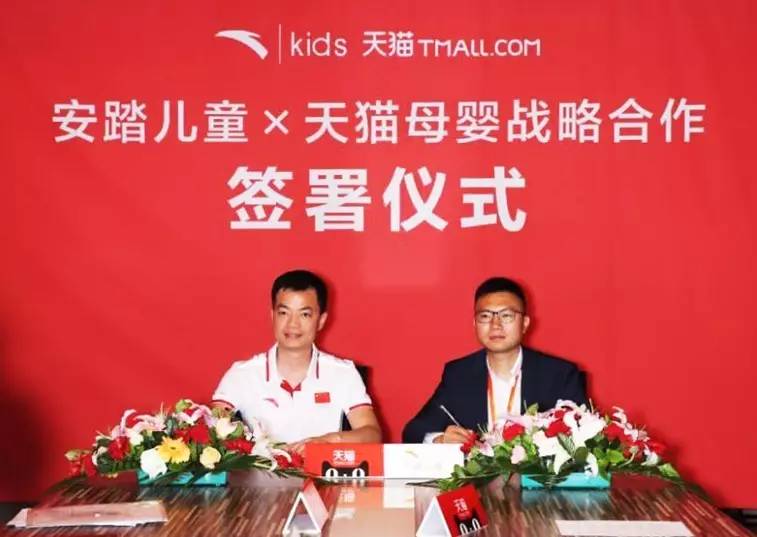 It is understood that since joining the Tmall platform in 2013, Anta Children's industry ranking has risen rapidly from 50 and beyond, and has now ranked among the top three children's apparel products in China in one fell swoop.

Note: The pictures used in this article are all from the Internet.