No offense to the net in the autumn

Although Neymar missed the Nou Camp due to injury, Barcelona fans are still quite afraid of Mbappe's speed. Even if the French striker only scored 1 goal in the Champions League knockouts in the past three years, Barcelona has always advocated offensive play and will leave room in the backcourt. Will this become the grassland for Mbappe to ride horses? ?

Forcibly use the trident of Paris: Barcelona rely on cutting off their front and back links to control the enemy

Paris Saint-Germain, the team, in the past few years, a pain point in the Champions League is The overall advancement is very poor. Due to the lack of overall movement from the midfield forward, Neymar and Di Maria often rely more on their personal ability to take the ball and dominate the starting speed. With their absence in this game, Barcelona may use Alba and Dembele to suppress the wings, and then Griezmann and Messi retreat in the middle to form a five-man to three-man advantage, interrupting the frontcourt and the backcourt in Paris. Link. If this is done well, Barcelona hopes to win more than 80%. 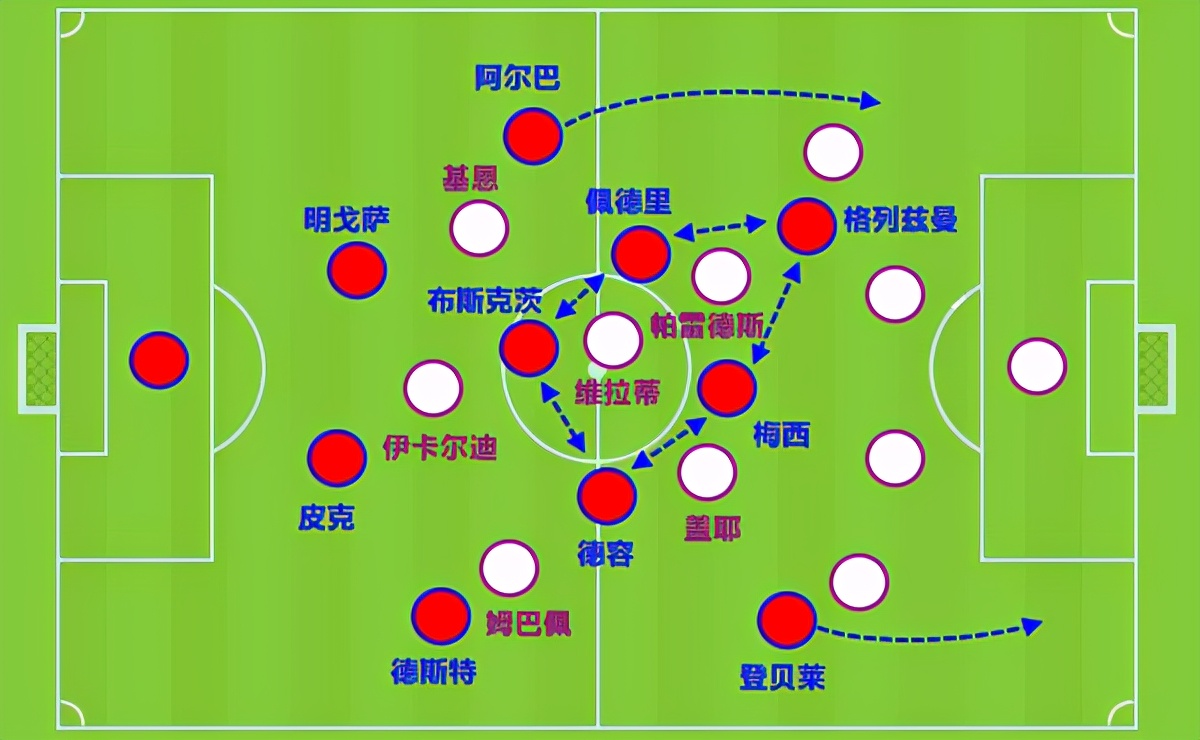 Considering the characteristics of Paris’s main formation 4231, they have two flaws when they retreat. One was a counterattack, and the 6-man team was only 4+2 down.

On the other hand, because Paris uses 3 strikers to start, Mbappé and Keane are separated on both sides, Even if they retreat, they are often far away from the front of the penalty area, which will leave room for Messi to take the ball. In particular, Barcelona's pressure on the side of the wing will further cause the possibility of Paris's back waist to move laterally, leaving a space at the far end and in the middle. 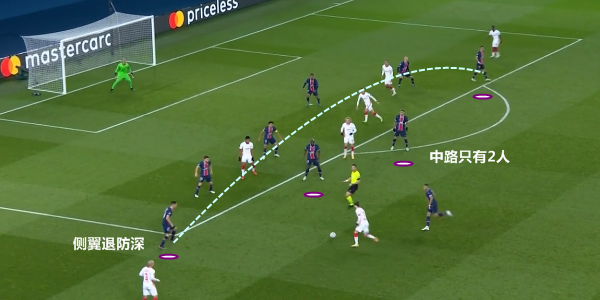 The biggest advantage of Barcelona today lies in Dembele. Once he can put pressure on the full-backs who are not strong in Paris and drive the center back and midfielder to move horizontally, then Barcelona's job will be much easier. Considering that Griezmann has played 4 overtime games in the past month and started consecutively, the state of this game is difficult to guarantee. Dembele, who was rested in the weekend league, has to shoulder the heavy burden.

Pique's comeback is only to deal with Mbappé: timely positioning on the side is the key

is in On the defensive end, Barcelona's first principle in restricting Mbappe is to cut off his connection with Paredes and Veratti. Because Mbappe's most desired way to get the ball is through pass, as long as Barcelona has control of the ball in the midfield, there is a high probability that he will be locked. It is very important for Pique to return in time, because Pique's position selection and long legs can well limit Mbappe's catching range when his teammates fall into defense. 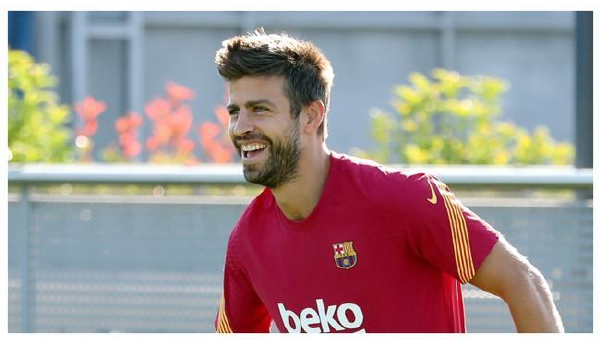 As you can see from the position this time, the counterattack in Paris usually requires someone to withdraw to get the ball. This game does not rule out Saravia becoming the core force for the team to dominate the offense when Neymar and Di Maria are absent. But Mbappé likes to catch the ball from the side too much, and his presence makes it more difficult to set a full-back. 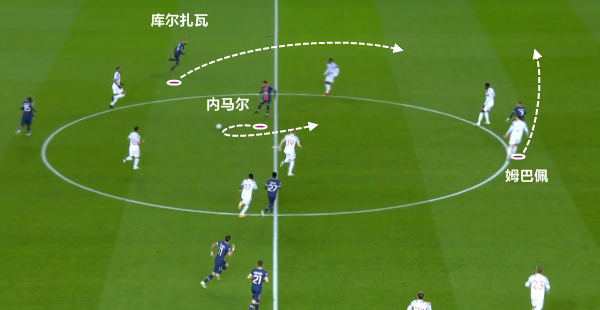 Therefore, Barcelona’s fall defense must pay attention to the right back's arrival rate. As long as the right back moves closer to the center, Mbappe will To get the ball in the counterattack, you can only pass from outside.

Although Mbappe also had shots of forced starting and cutting inward, but this is more because the defender is falling It was caused by the lack of 2 people in the defense. As long as the right back and the midfielder or the right center back can cooperate, it is very possible to block Mbappe's offense.

Judging from the past record, Barcelona remains unbeaten in their home game against Paris at the Nou Camp. In the last 6 encounters, Barcelona have won 4 times and won all three at the Nou Camp. I believe that as long as Barcelona ensure that the overall formation is not excessive, there should be a high probability of winning the game.

The only worrying issue for Barcelona is the height of the overall position. Because whether it is Messi or Griezmann, in fact, they need teammates to press in order to play a better offensive effect. The only antidote is Dembele, but Dembele's rhythm is very physical. How to make good use of the loopholes in Paris's defense and minimize the space for them to counterattack and sprint is the key to victory in this game.

Tags: Analysis of the Winners and Losses of the 21017 Chongqing Football Club Grabara