Bai Baihe was exposed to derailment, Redwall shares soared, A shares are too entertaining!

Original title: Bai Baihe was exposed to derailment, Redwall shares soared, A shares are too entertaining!

China-Singapore Jingwei Client, April 12th (Liu Xuhui) On the 12th, a piece of news that was exposed to derailment sent the popular actress Bai Lily to the headlines. Unable to bear the loneliness of the A shares to give full play to the spirit of entertainment, with a few stocks similar to the name of "Lily", greatly brushed the sense of existence.

At 12:23 on the 12th, a Weibo entertainment variety video from the media "All-Star Detective" released violent news, saying that the famous actor Bai Baihe was photographed in Thailand playing with a mysterious man mandarin duck, spending the spring evening together. Some indescribable pictures made netizens cry out. As of about 4:30 pm on the 12th, the Weibo topic "White Lily was exposed to derailment" had read more than 170 million, and the number of discussions reached 37,000. These data are still being refreshed... …

Stop, Jingwei Jun is a serious new financial media. Today, we will not pick up the love life of celebrities. Let's talk about the impact of "White Lily's derailment" on A shares.

Soon after the news of the derailment was released, the A-share market opened in the afternoon. A magical scene appeared, and several stocks with similar names to Bai Lily changed.

Lily's stock price plunged and fell 2.77% at one time. As of the close, Lily's stock price reported 28.03 yuan per share, down 2.27%. Public information shows that Baihe Group Co., Ltd. was established on August 11, 1995, and its business focus is on the manufacture of chemical raw materials and chemical products.

Another furniture manufacturer, Mengbaihe, whose name contains "Lily", also saw a slight drop in the afternoon on the 12th, falling 1.35% as of the close. 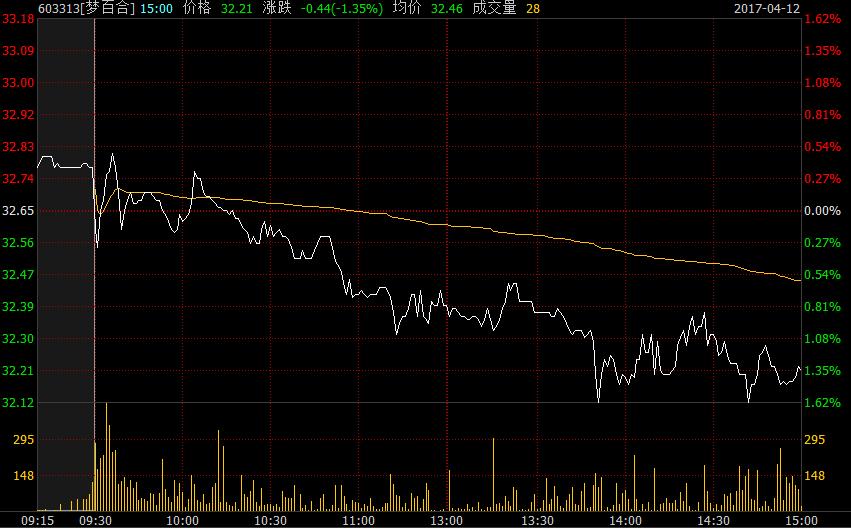 Redwall shares, which are called "derailed concept stocks" in the industry, have been affected by rumors, but they have risen heavily. They rose 7.54% during the session and closed at 86.99 yuan per share, an increase of 6.09%. It is reported that Redwall Co., Ltd. mainly produces and sells concrete admixtures, chemical additives and special chemical products, and is engaged in the wholesale of cement and fly ash, commission agency (except auctions), and import and export of goods.

Mr. Jingwei noticed that although Baihe.com’s name overlapped with "Lily", the stock price was not affected due to the suspension period. I don't know whether the majority of investors should be fortunate to have escaped, or should regret to miss a wave of benefits.

How do you admire the logic of A shares? Don’t be too busy with emotions. After reading the following events, you will truly understand how big the brains of A-share investors are ↓↓

Anyone familiar with A shares knows that this is not the first time that A shares have been affected by celebrity cheating.

In March 2014, the article's derailment of Yao Di was exposed, and the image of the article "good man" collapsed. Perhaps the most painful thing about this incident is Mai P. So, the stockholders shouted in the post: "We are all in support of Mai P! If you are also a woman you have loved, today, please buy Yili shares!" On the first trading day after the incident was exposed (March 31), Yili shares rose sharply at the opening. 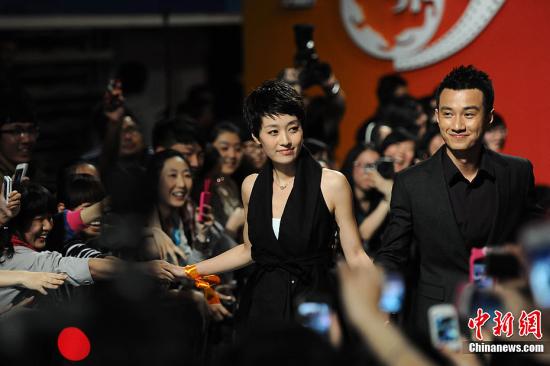 On November 9, 2016, as the U.S. presidential election was stalemate, Trump once surpassed Hillary’s votes. At about 10:30 in the morning, the "Outstanding Sichuan University" suddenly surged, and the price closed in the morning. At 31.49 yuan/share. In the afternoon, the three major A-share stock indexes fell across the board, and Sichuan University Zhisheng is not afraid of a U-turn in the market and counter-trend impact on the daily limit. In the end, Trump won the US presidential election, and Sichuan University Outwitted also rose 6.35% to close at 32.01 yuan per share.

According to netizens, this is all because of its good name: Sichuan University outsmarts = "Trump election victory".

As early as 2008, "Aucma", which is only one word short of Obama's Chinese pronunciation, brightened the market's eyes. On October 17, 21, and 22 before the start of the presidential election, Aucma saw three consecutive daily limits. On the second trading day of Obama's election-November 10, Aucma once again increased its daily limit, and then on November 14th and December 8th, Aucma reached its daily limit twice. 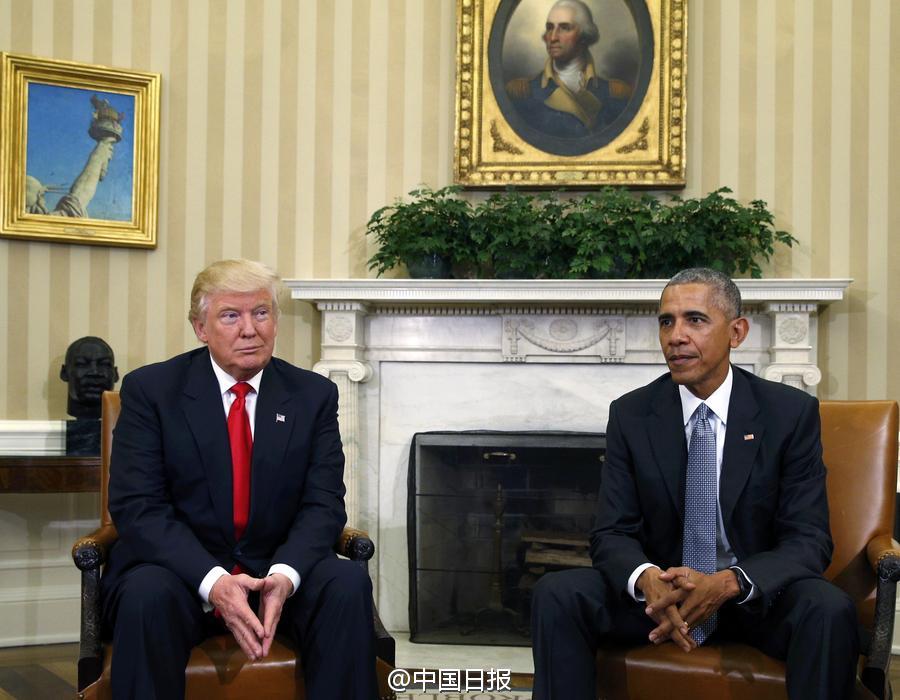 On June 19, 2015, I believe that all those who are trading in stocks can still remember what day it was. That's right, it was the June 19 crash! The Shanghai Composite Index plummeted by 6.42% that day, and the two cities were all overwhelmed. However, Zhongxin Pharmaceutical bucked the market and rose by 1.78%.

Careful investors discovered that Zhongxin Pharmaceutical Co., Ltd. originally produced a medicine-Suxiao Jiuxin Pill. This kind of thinking in stocks is really nothing!

In the first half of 2016, a piece of "Ode to Joy" swept all major TV stations and video websites, sparking an upsurge of chasing dramas by the whole nation. However, the A-share chemical stock "Red Star Development", which suffered a business loss, had a bizarre price limit for three consecutive trading days. Analysts from all walks of life were puzzled, and finally someone found a possible reason: it collided with the company in "Ode to Joy".

In this TV series, Andy, an investor who returned from Wall Street, prepares to acquire the "Red Star Group". She said in the play: "You should fully consider Red Star's technical capabilities, especially in 3D multimedia." In fact, there is no "Red Star Group" engaged in 3D multimedia business in A shares, but only a loss-making chemical company named "Red Star Development".

On March 30, 2016, 360 announced the approval of the privatization plan, preparing to return to A shares. As a result, on the 31st, the stock code is 002360 Tongde Chemical has its daily limit. It is said that this code contains "360", which is very auspicious and suitable to be backdoored. Subsequently, Tongde Chemical also hurriedly issued an announcement stating that 360 has not contacted it yet. 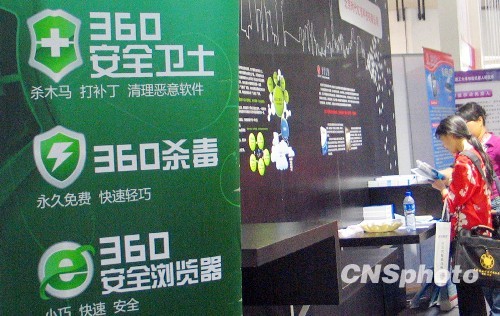 After reading these, do you know how much imagination it takes to sell A shares? However, after all, hype depends on luck, and it is hard to follow the trend. If you want to make a lot of money, you should honestly watch the market and keep an eye on the data! (Zhongxin Jingwei APP) Return to Sohu to see more