Who is the most reliable in anime rankings? Which platform's popularity ranking is more authoritative?

Is my favorite anime character, the "top stream" of the popular TOP, or the "puzzling coffee" of the unsalable surroundings? For many anime lovers, the popularity debate is a very interesting topic. But, which platform has the most authoritative popularity ranking? Let me analyze it for you~

Japanese manga magazines such as "Shounen JUMP" and "MAGAZINE" have bred most of the anime works that we know well, such as "One Piece", "Naruto", "Detective Conan", etc. These magazines will Introduced popular vote for readers. Because you need to buy magazines to participate in voting, the results are relatively objective. 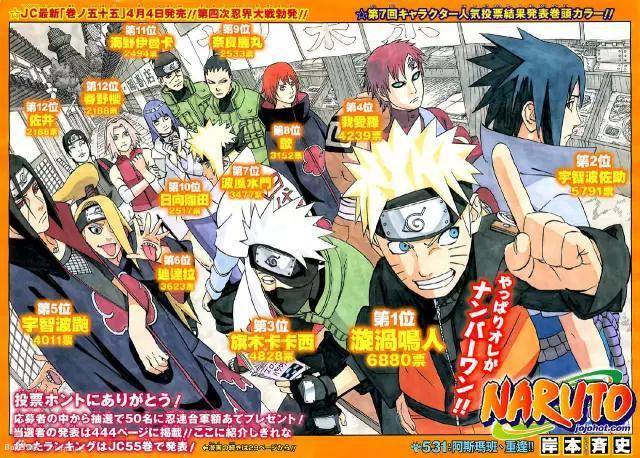 (The seventh popular vote of "Naruto" held by JUMP, the first Naruto)

In addition, some authoritative animation magazines such as "NewType" and "Animage" also regularly announce character votes, works votes, etc., which can reflect current trends in Japan. 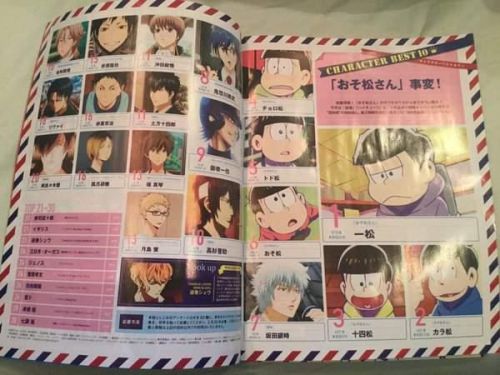 (The popular vote of Animages in 2016, due to the popularity of "A Song" led to the slaughter list)

Although the voting results of these animation magazines are very authoritative, they can only reflect the popularity trends in Japan. They have little reference value for the real popularity rankings in China. For example, some works that are extremely popular in Japan are in China. On the contrary, the response was very few, not to mention the completely neglected Guoman works. To discuss the real domestic animation popularity, it still depends on the domestic gameplay.

To talk about popular competition activities in China, I believe that the first thing that many people think of is-Moe War! Moe War is an ACG character popular voting activity, which is derived from Japan's 2ch leaf key board and has its own unique rules. . After being introduced into Japan from Japan, almost every year, it will set off a bloody storm in the domestic two-dimensional world, which can be called a real two-dimensional national movement.

Since the launch of B Moe (Bilibili Moe Animation Character Award) at Station B, Moe Zhan has also begun to enter the public eye, becoming the country's largest second-dimensional popular vote event. The "Moe King" and "Ran King" selected by Moe Zhan are also widely regarded as the most popular two-dimensional characters in China. 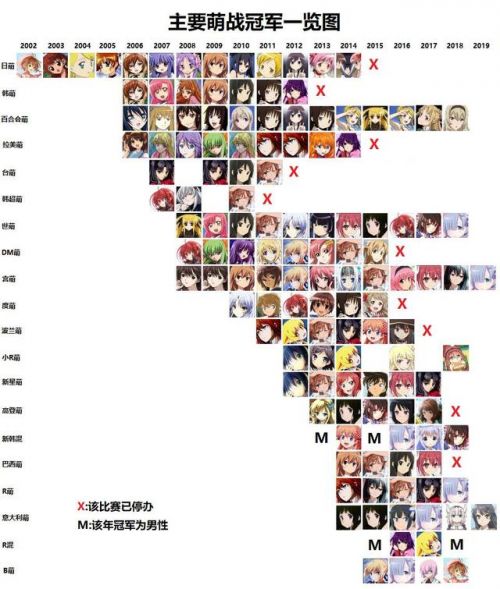 Although the scale is huge and the number of participants is extremely large, but the complicated competition system and the complicated gameplay have gradually increased its threshold, making it difficult for the public to vote. It depends on how the fans adopt strategies. "Alliance ", "Replacement". And over time, the appearance of a large number of cute kings and burning kings also made this reputation shrinking.

In addition to cute battles, there are also many interesting platforms and communities in China that have developed a variety of interesting gameplay based on the popular debate of animation characters. The Mengku APP is such a unique and creative two-dimensional community. It not only contains the gameplay of Meng Zhan, but also builds a unique popularity ranking list with "stock trading" as the core. Users can increase the popularity ranking of their beloved characters through various forms of interaction in the community. 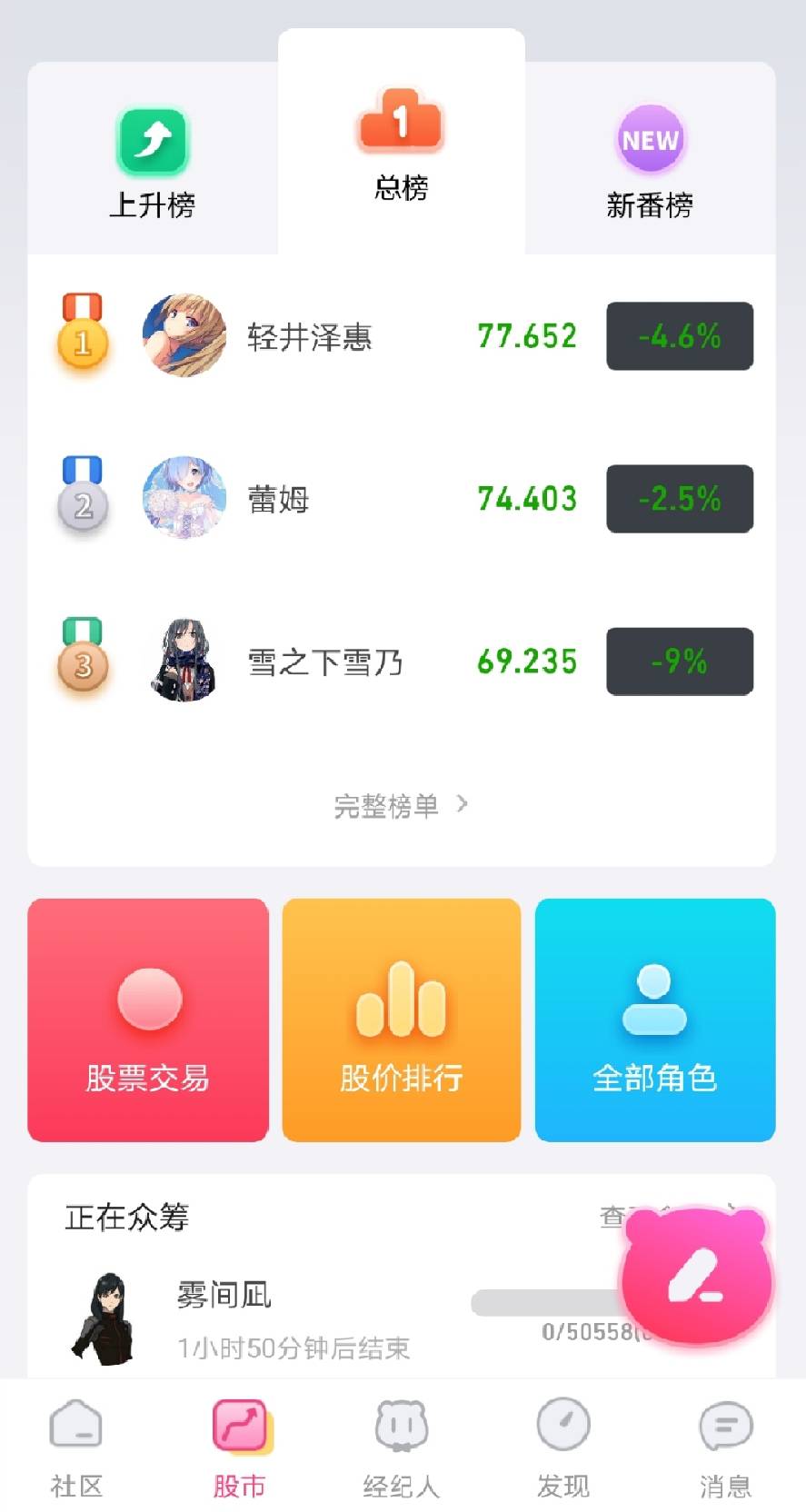 (Moe stock is now the most popular character-Karuizawa Megumi)

"Stock trading" in the Meng stock community is not stock trading in the general sense, but a kind of idiom that has recently prevailed in the second dimension, usually as a way of expressing affection for a certain second dimension character. In the Meng stock community, "stock price" is the core of a character's popularity, andFans increase the share price of their favorite characters by "investing in shares", and then support him/her.

After investing in a certain character, you can get more unique gameplay, such as the "costume" gameplay of posting as a character, the "highlighting" and "topping" gameplay for posts under the character's name~ In addition to this In addition, there are also multiple gameplay options for you to choose from, such as operating the unique home system "Mengdian" developed by Meng Stock; or participating in fun and diverse community activities, writing articles, creating videos, and becoming a master of the wind and rain; doing daily tasks, go to the welfare agency Redeem prizes such as peripherals and voice actors' signatures... I believe that as long as you join the Meng stock community, there is always a way to make you stay! 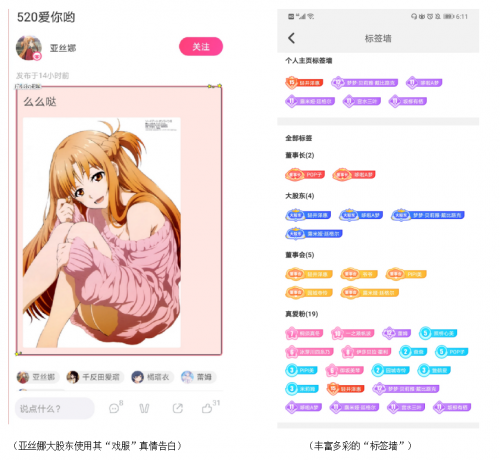 In the upcoming new version, Meng Stock will add the "Birthday Celebration" function to celebrate the birthday of the character. Every listed character can enjoy unique birthday effects and gameplay, and there will be "screenshots to choose a wife" and " "Two-dimensional calendar" and other interesting small programs.

Although the scale is still small, it is not difficult to see that Meng Stock’s "two-dimensional concentration" is also quite high~ Whether it is "stocking" or creation, Meng Stock has clearly expressed in many two-dimensional products on the market With his own unique characteristics and attitude, he will surely explore a new boundary for the two-dimensional gameplay.