I don’t know what anime to watch, just like Baba doesn’t know which stock to choose

Hello everyone, I am the narrator!

A man who has almost only seen Gintama.

Today, let’s talk about the vote of 600,000 netizens in Japan. Finally, Gintama was selected in third place. Many friends expressed surprise, Gintama? Never heard of it. I thought to myself, then you are ashamed to say that you watch anime asshole! Look at me, I never said that I am an anime blogger, because I only watched Gintama and some other small works. 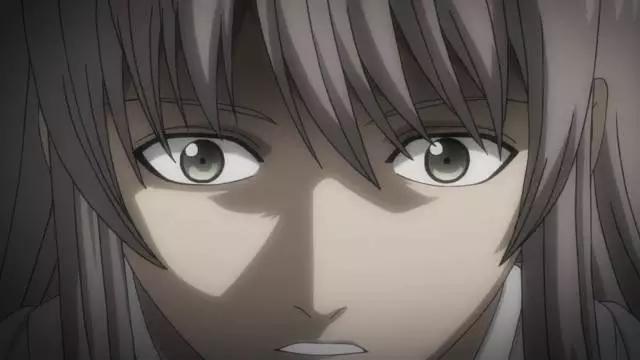 This vote It represents public opinion and shows that Gintama is still very important in the minds of some Japanese netizens. Sure enough, tama is easy to remember when you read it out in public, isn't it? There should be a mosaic here.

I often hear some friends say that they don’t know what anime to watch, and they always feel boring and boring. I think, my dear friend, it's your impetuous heart. So many excellent works, so many public lists, and the top 20 can be picked and seen. Basically, it won't be much worse. Want to know why? This is because voting is an indirect reflection of some facts, good is good, not good enough will not make it to this list.

Gintama is great, isn’t it? 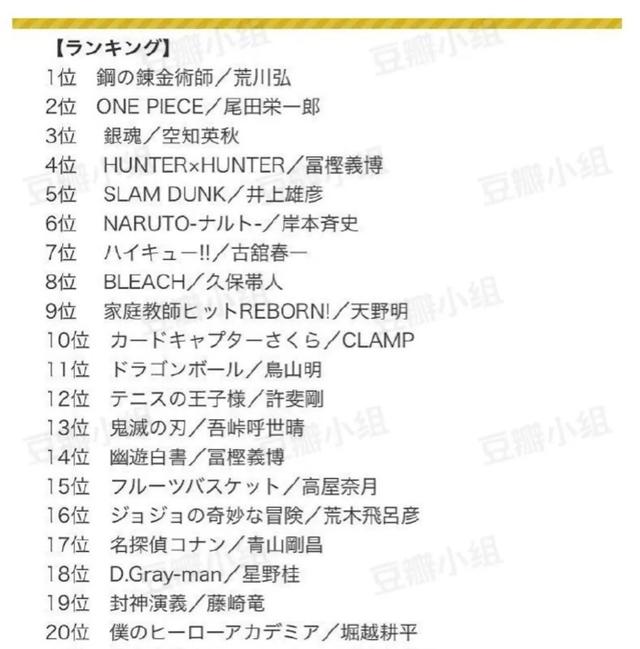 This is actually the same logic as Baba buying stocks. I have to take the risk to buy *ST. I want to make a big difference. Then I find it is a big pit. I keep buying and buying. Finally, the motorcycle turns into a bicycle. Watching the daily limit bought by others take off, the Adou in his hand can’t help. It was a pity that I threw it away and looked uncomfortable. After seven years, I went around and finally got back to the original and then got inflation. Okay, let's not pull the stocks anymore. Back to this list.

The logic of the selected method is the same.

The list represents the preferences of the public to a certain extent, so when you don’t know what animations or movies to watch, you can go to Douban or IMDB. Choose the one that suits you. Many friends know Douban, but many gossip in the group. If you don’t know what IMDB is, then I suggest you go search and take a look. It’s good to learn English. Watch the world's 250-ranked movie first and experience a different life. There are also anime categories above. 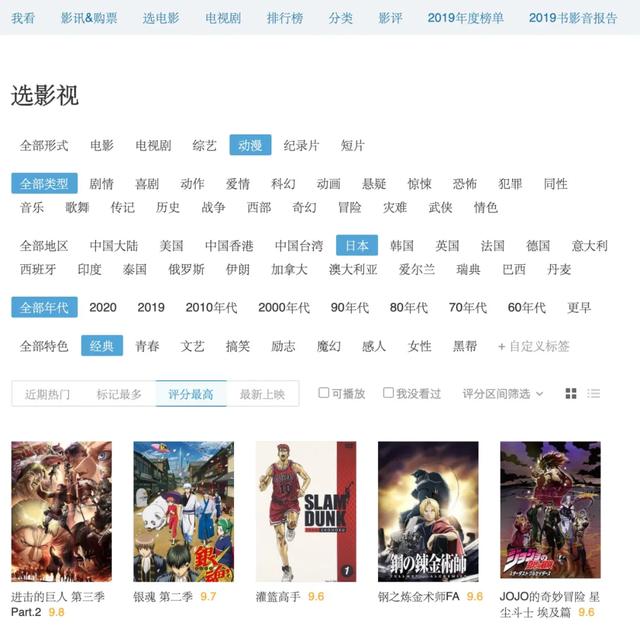 can go The explanation of the list is to grasp the user's mind. Damn, I actually said such a "Luo Ji thinking" term. I have always felt that whether an animation can be popular is also about logic. Logic is the foundation of everything. If logic is not established, then the story will be very nonsense and make people look down on it. The embarrassing thing is that the first and second episodes of the Gintama TV version are now very good-looking, but at the time I didn't know why I was able to watch it with patience. It was really unexpected, because it felt so chaotic, I didn't know what it was doing! Fortunately, after more than 20 episodes, you will become addicted. Actually, I think the ones on the list are addictive if you read them carefully. 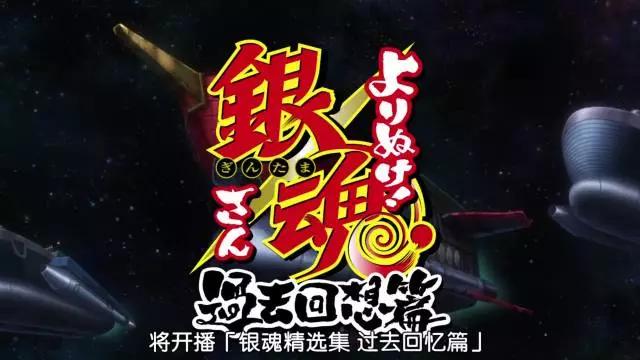 Every year seems Station B or which station should hold a vote for my favorite animation works. The canvassing activity is really full of the entire animation group. My thinking may not be the same as others. My voting is not the purpose. I always go. See what other animes I haven’t watched. Because it is already the number one in my mind, I should see who the second and third are given to. Sounds like a scumbag? Gee. 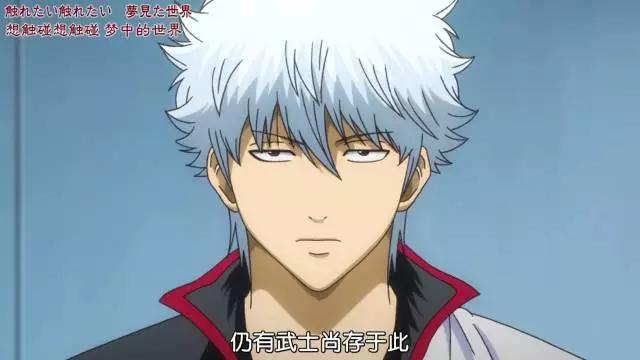 So I want to say, you see the list is here, many times there is no need to search for it by yourself, passive absorption is enough, when you read countless films, then turn on the optional mode At that time, the success rate was higher, isn't it!

Today, I reposted a Weibo. Yes, I switched topics so quickly. Let me have a strong interest in the Switch version of Dongsen, interested friends can go to Weibo to find this video. 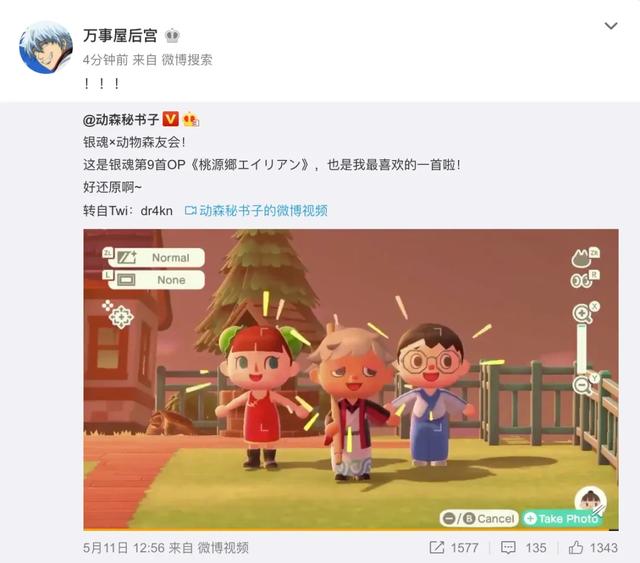 Screenshot of At the end is the "Da, Da, Da" at the end of the song, which is vivid and lively! I actually really want to see the scene of their car overturning at the end. After all, Gintama, what I want is an accident. 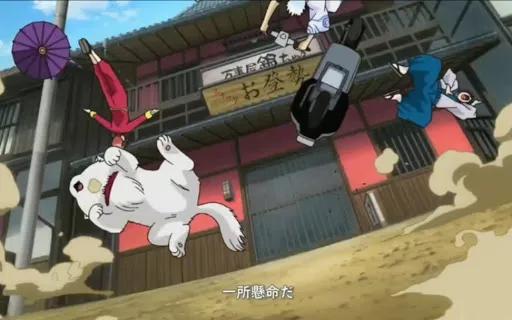 Okay , I have been running for 5 days now, should you encourage me to use one button for three connections! Hahaha! If you would invite me to drink strawberry milk, thank you very much. That's it, see you in the next issue.