There are popular masterpieces of the harem with a plot! Squeeze the heroine to make a lot of money, this new show has new moves

Release Time:2021-04-13 Topic:The character of a strong stock marketer Reading：283 Navigation：Stock Liao information > Anime > There are popular masterpieces of the harem with a plot! Squeeze the heroine to make a lot of money, this new show has new moves phone-reading

From the last new season to the present, including the most recent period, due to the impact of the epidemic, many Japanese animation works have had their first broadcast schedules. Many popular "sequels" that viewers have been waiting for after postponement or changes have also been forced to change files to varying degrees. Chaifan has become a "cloud chasing fan". It's really helpless to see Fan's status from the past "I hope the new fan will be updated quickly" to the current "Pray that the new fan will not change gear again".

However, there are also works that are less affected by the epidemic, for example, the production period is relatively abundant, even in Japan Animations that have already been screened will be officially launched in China later than Japan due to copyright issues. For example, now I’m going to introduce to you a very exciting and popular daily love harem Xiang’s work-"How to Raise a Passerby Girl Lead". The date for its theatrical version to be officially launched in China is approaching. The story version of the information also followed one after another (you can only "do it yourself, well-clothed").

In view of the upcoming launch of the theater version of "How to Raise a Passerby Girlfriend" in China, recently, Station B has gradually added The enthusiasm of the work was supported by buying the copyright of the fan drama, including the first season that was already online before, and the second season was also officially launched at station B. It originally had a very high popularity. For the "passer-by heroine" As far as works are concerned, this time it will expand its audience base to a greater extent.

Before the theatrical version officially starts, let’s take a look at this movie, which has gained great popularity with its outstanding characters Popular works. Perhaps when many people see the "harem" label, they will think of those harem animations that simply rely on brainless settings to unfold the story. The male protagonist is "Asasi" throughout the process, and the female protagonists are offline throughout the process. This is the harem animation. The setting is common, but the "passer-by heroine" has more attractive highlights, which can make you feel different from the fun of routine works.

Like many people who like animation and games, the male protagonist Lun has placed many animations and games in his room. The surrounding surroundings are indeed a very competent otaku. Of course, all the money he uses to purchase these surroundings comes from his income from working outside. In addition to using the money he saved from working to buy these items, there is actually another very important use for him.

The male protagonist likes most products related to the two-dimensional element, and also likes two-dimensional games very much, but he likes games The degree is not just like playing games. He even wants to make a game that makes him feel satisfied and proud. So he saved a certain amount of "start-up funds", but these start-up funds are basically not used to invite people, but to buy some items needed in the process of making the game, or to launch the game. The related expenses needed for the time. 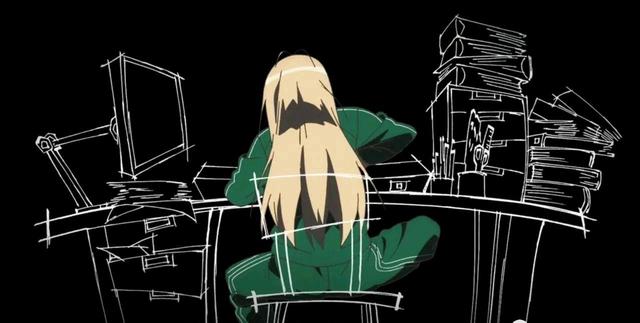 And the other is his childhood sweetheart who used to play together when he was a child, named Yinglili. Yinglili loved painting since he was a child. Painting, it can be said that she has drawn from childhood to adulthood. Now her drawing skills are very good, and she can cooperate with outside animation companies.(Many companies want to reach long-term cooperation with her on the original painting), Yinglili's paintings are also a well-known existence in the circle. The protagonist wants Ying Lili to be the original artist in the production of this game. 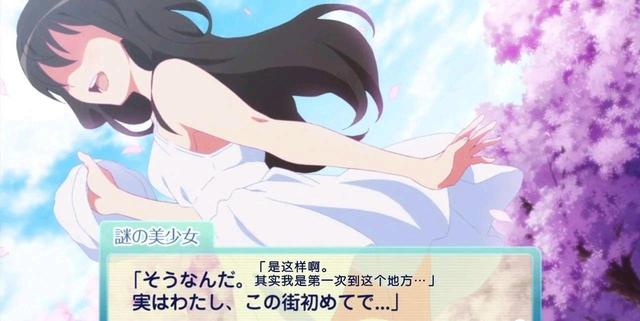 One day he met a young girl on the street, and the male protagonist caught him at a glance, thinking she was himself The "man of fate" in his game, immediately cheeky invited others to be his so-called heroine of the game. What is even more surprising is that this girl has an extremely easy-going personality and did not explicitly reject the invitation of the hero (she even I don't know how to reject this enthusiastic person in front of me), a cheeky, easy-going personality, under the circumstances, this girl has really become the candidate for the heroine of the game, her name is Kato Hui.

Although the candidate has been determined, there are actually some contradictions in this combination. For example, Xiazhiqiu Shiyu-senpai, she wrote before In the plot of the novel, there is an idea that requires the hero's help to provide suggestions, but the hero refuses to provide her with any suggestions on the grounds that he can't interfere with his creation, so that she can make up her own mind (actually, she refuses to answer some emotional questions). This annoyed the elder sister who likes the male lead, so the male lead half coaxed her before letting the male lead join the team.

On the other hand, the source of the contradiction is Yinglili. Yinglili herself likes Renya very much, but when she was very young Because of a trivial matter, He Lun also broke off friendship for several years, and only now did Lun think of a reason to be able to resume normal dialogue with Ying Lili. But that's all. The real reconciliation will have to wait until the two of them really open their heart-to-heart dialogue in the later period before we can see their "childhood" status. 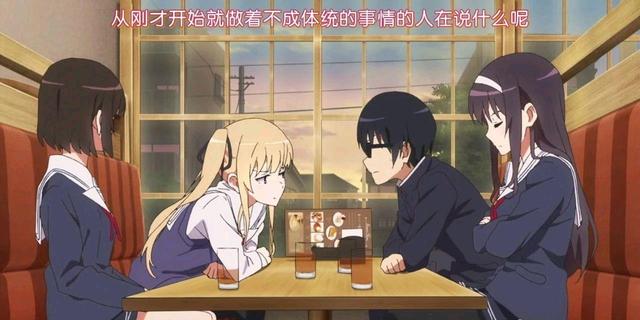 In fact, Kato Megumi also has certain problems here. Her "passer-by attributes" are too strong, sometimes No one else in the team realized her existence and suddenly walked away, making many jokes. On the premise that the male protagonist organized such a disharmonious team at the beginning, around the main clue of making the game, many daily funny stories happened with several female protagonists in this game club. 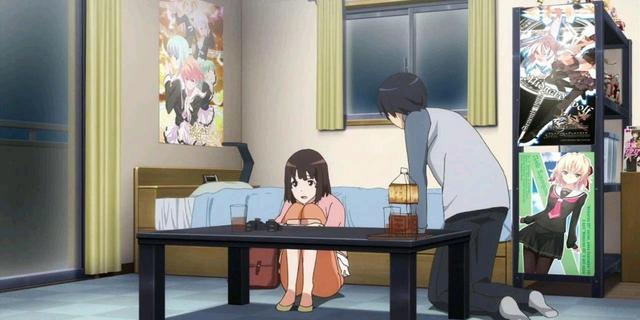 There is no doubt that "making a game" is the male protagonist’s dream, and it is the reason why this animation can avoid routine The important reason for this is that as the main line of the plot, "making a game" runs through the entire work. No matter what happens in the subsequent story, it will always return to the process of "making a game" and related links. This is the reason why many people will not feel bored or boring watching this harem fan, and it is also a great pleasure to appreciate the work.

In addition to the main line of the plot, many people know that the work "How to Raise a Passerby Heroine" The design is quite outstanding, and each character has its own distinct personality characteristics. As the male protagonist of the harem works, the male protagonist does not blindly use "Asashi", which is the so-called "gentle character", as the main character. He is extremely powerful in action, and his ability to execute goals is also terrifyingly strong. Even if the process of making the game is extremely difficult, you will not see any brows from him that you want to give up. 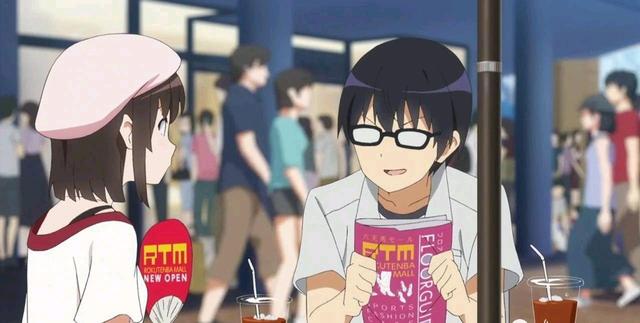 The true heroine Kato Megumi is called "Sage Megumi" by the audience because of her very good personality. , Easy-going and considerate. Although the protagonist’s executive power is very strong, it is actually unreasonable when doing certain things. However, Kato Megumi did not leave the team for this reason, but brought more to the protagonist. A lot of help, and again and again to help him complete things that might not have been possible, and later Kato Hui even helped with programming, and never "betrayed" or "leaved" the hero's game team.

Senior sister and Ying Lili are the backbone of this team. Senior sister needs to ensure that her light novels can be delivered smoothly. At the same time, she had to take into account the game project that the male protagonist wanted to make. The workload was very large, not to mention that she had to go to college. So she joined the team of the male lead, very bigPart of the reason is not because she is interested in making this game, but because she is interested in the hero himself.

As I said just now, Ying Lili’s liking for the male protagonist has not changed since childhood, even if they used to Having never had a relationship, it did not affect the other party's thoughts about each other in the slightest. Ying Lili joined the team because she wanted to help the male lead. Like the senior sister, it was almost for personal reasons. Both of them are drunk people who don’t want to drink... 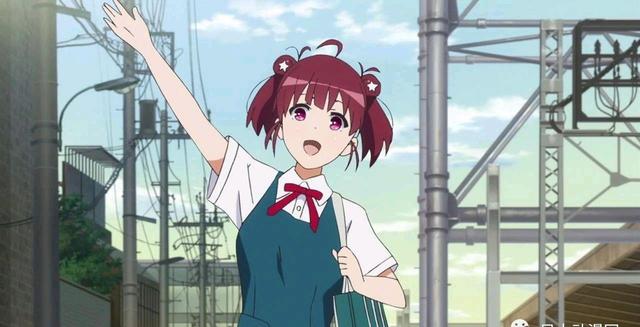 Obviously, in fact, this is another clue that runs through the main line of the story of making games-emotional drama. This is also the most important one besides the points just mentioned. Attractive place. Including these three heroines, there will be two female characters who have a lot of intersection with the male lead in the future. They all have one thing in common-they have a high degree of favor with the male lead, so they form one The harem group, the story of the harem is reflected here. 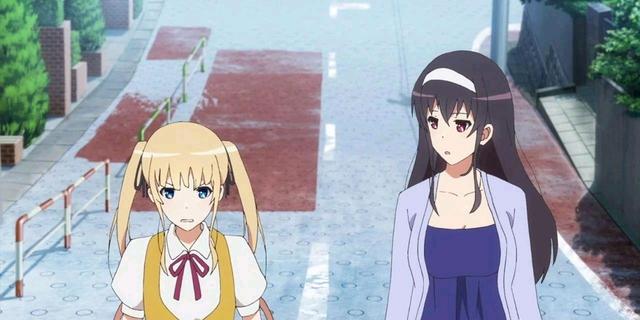 Although new characters will appear later, as a work that has a harem plot from the beginning, it appears first The three female protagonists-Sage Megumi, Senpai, and Ying Lili are the main forces in the harem. At the same time, you will also notice that the "role stocks" that appeared because of the emotional drama of this work are these three. It's just a fight between the heroines, and the other characters have no advantage at all. 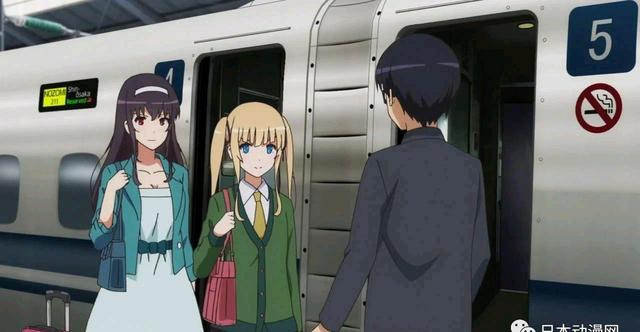 The upcoming theater version will bring the audience a final ending, although there is enough at the end of the second season The plot is implied, but as a popular harem work, it is also necessary to draw a final stop to the work.

Therefore, if you want to better understand the excitement of this work, and understand the theater version more comprehensively, even for old fans who have already seen the work, If time permits, it is recommended that you go to watch the first and second seasons of the animation again, and you will surely be able to see many hidden easter eggs and foreshadowings.

Of course, for viewers who have not seen the work, if you are interested in it, so much It is necessary to make up for this very classic harem fan. As a masterpiece that has no routines and incorporates hard work, dreams, teamwork, funny, harem, daily life, beautiful girls and many other elements, it is indeed worthy of making up.

After watching it, I think you will look forward to the theater version as much as we do.