You don’t understand the trendy post-00s: fried skirts are getting hot, shoes, stocks are out early

You don’t understand the "new wave" after 00! Frying skirts is getting hot, frying shoes and stocks are out early!

Not long ago, the younger generation of fried shoes and fried blind boxes swept the Internet. "College students earn millions of shoes per month", and "the highest premium of 40 times the price of blind boxes" once topped the popular search lists on all major platforms. There is even a paragraph saying:

And when everyone was surprised by the huge profits of "fried shoes" and indulged in the fun of buying and selling blind boxes, another profiteering industry quietly entered everyone's field of vision: fried skirts.

Can the price of a skirt really go high? What kind of fantasy story is it?

First of all, let’s understand what “lo circle” means.

"LO circle" means "lolita circle", which refers to a circle formed by people who like to wear Lolita style clothes. People in this circle gather together according to their personal preferences and carry out various social activities, including exchanging experience and experience, organizing catwalk activities and so on. It should be noted that "lo" is not the same as "cosplay". It is not a role-playing, but a clothing style. Wearing lolita clothing is a personal expression of self-expression and personal hobbies. The clothing can be worn as a daily wear just like Hanfu.

lo skirt means Lolita style skirt, which is based on gothic, sweet and retro style. Lolita clothing is usually designed on the basis of "doll-like delicate" clothing featuring lace, lace, tie or bow to interpret a certain theme.

The style of   Lolita's dress originated from the Victorian girl's clothing in Europe and the fine clothing of the Rococo period. The protagonist's dress is similar, so it is called the loli style. Later, the Lolita culture spread widely in Japan. The Japanese regarded Lolita as a synonym for an innocent and cute girl. The girl in the Lolita dress was called "Lo Niang", and the corresponding boy was called "Lo Han" or "Lo father". Nowadays, there are a group of girls who love Lolita style all over the world.

In the past two years, after Lo’s popularity, there are more and more Chinese girls who like Lolita style. 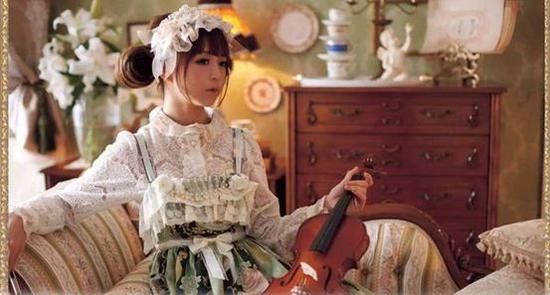 Lo skirts are not cheap in the first place

The chain of contempt is serious

It is reported that the genuine Lo skirts were originally expensive. According to Red Star News, because of the complex craftsmanship, small circle, small shipment volume and long shipping time of Lo skirts, the price of national brand original Lo skirts is about 500~1000 yuan, and the price of Japanese brand Lo skirts is relatively high. Thousands of dollars, even higher ones have tens of thousands of dollars. After reselling second-hand, the price was even higher, so "fried skirts" began to rise.

In addition, in the Lo circle, there is a chain of contempt: people who buy Japanese brands look down on national brands, and those who buy high prices look down on cheap ones. Lo Niang who buys cabbage money is the bottom of the chain despised, and is called "cabbage ghost", not to mention buying "cottage". 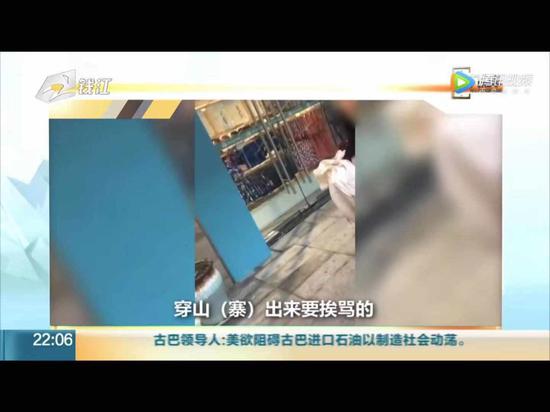 Can you make money even by frying skirts?

How profitable is frying skirts? 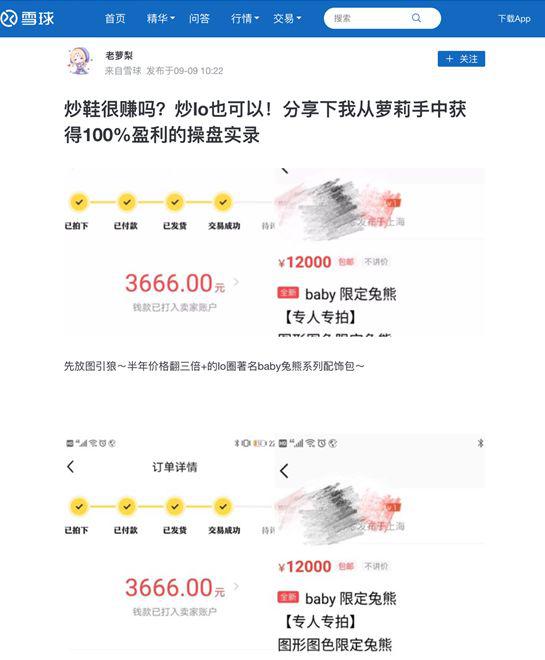 It is said that a lolita accessory bag with an original price of less than 900, has now been fried to more than 1.5w. Some netizens broke the news that the skirt that her girlfriend started with 1.8W, in less than two months, the price has nearly doubled, and it is more profitable than stocks...

is the new group sales first. In fact, speculating on new skirts is very similar to venture capital. This netizen went over the car once and bought the skirt at 1700 and sold it at 1200. If you want to sell new skirts, you need to have enough understanding and mastery of the aesthetics of the Lo circle;

In addition, you also need to look at the store’s sales volume and public opinion to find out the pattern.

The second is selling old skirts. This is the most routine operation, that is to say, when the skirt is sold again, its advantage is that it can clearly know the official sales situation of the skirt before and the price trend after the sales are closed.

The third type is out-of-print parts, also known as out-of-print shares. For example, the rabbit bear (accessory bag) produced by the famous Japanese brand Baby, whose original price was less than 900, has now been sold to more than 1.5w. 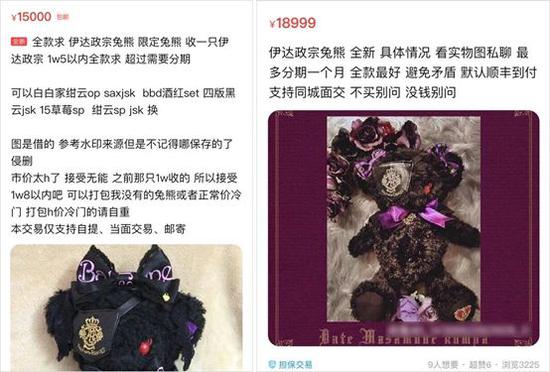 Some netizens concluded: Ten loli and nine are rich, and one is particularly rich.

So, what about other not-so-rich Lolita skirt fans?

It is reported that there was a sale of lo skirts suspected of pornography on the second-hand trading platform.

According to The Paper, there were sellers on Xianyu who were suspected of selling "Lolita" clothing for 1 yuan as bait to lure female buyers into face-to-face transactions, suggesting that they would have sex in exchange for goods.

And the product sales pages of these sellers have a common feature. They all indicate in the product description that they only support "face-to-face transactions" in their region. 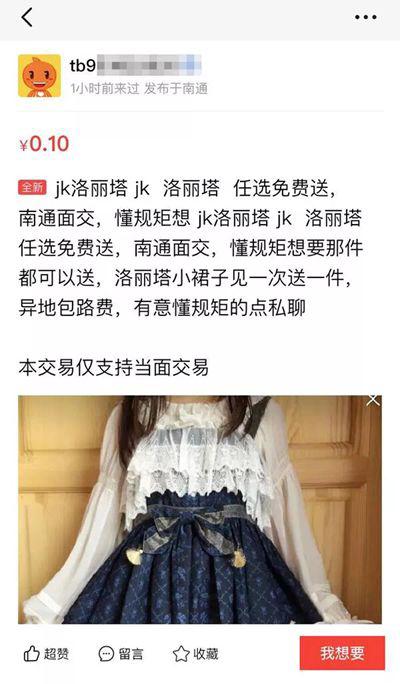 However, in response to this matter, Xianyu quickly dealt with the suspected violation of the product, and at the same time welcomes the enthusiastic support of users and actively report it.

There have been media reports that in addition to Xianyu, Zhuanzhuan and other second-hand trading platforms also have such a situation.