There is a rumor in the fund circle, which roughly means: Hui Tianfu's current general manager Zhang Hui said privately, "When the market is depressed, the more we have to advertise, so that everyone will remember that we Huitian Rich. Only in this way, when the next round of bull market, when people think of buying funds, they will directly think of us and buy Huitianfu's funds."

The words are not rough. The two sentences SLOGAN, "stock picking expert" and "firmly believing in long-term power", have become synonymous with Huitianfu, and they frequently appear in the streets and lanes of first-tier cities such as Shanghai and Shenzhen.

Ever since, you will see:

On the tour bus: 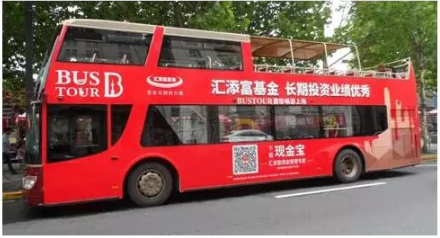 At the airport terminal 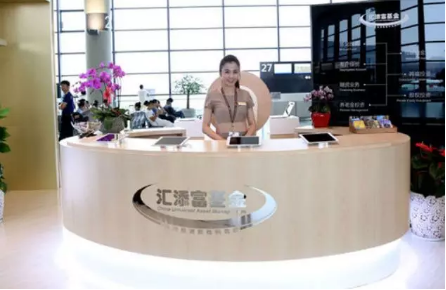 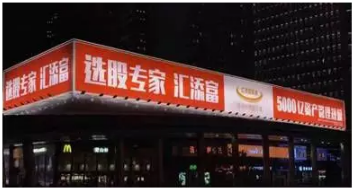 on the field: I haven’t seen this.

Even when I watch a movie, Huitianfu’s commercials will pop into my eyes. It’s really too much! ! ! 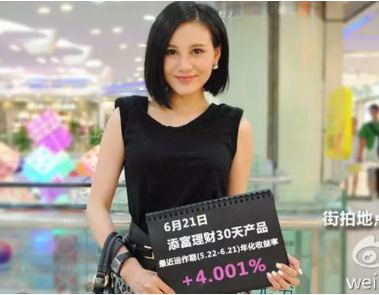 This kind of bombing advertising investment, some insiders call it: "China Huitian Rich Marketing". I think there is another word, perhaps more appropriate, called: Attacking Giant

Huitianfu Fund is a fund company full of wolf nature . No one has ever got off work on time, and many Huitianfu employees work overtime until late at night. Once, an executive of China Universal was on a business trip in the United States. It was daytime in the U.S., but it was midnight in Shanghai. However, the executive still assigned work to his subordinates in Shanghai.

China Huitianfu Fund has distinct characteristics in terms of brand launch and fund marketing. "Wolf-like culture" and "large-scale advertising" are the evaluations of China Huitianfu's marketing department by fund peers. "Can't do them."

This week (June 11 to June 15) the unicorn strategic allotment fund is on sale. The six major fund companies continue to expand their recruitment and continue to strengthen their publicity offensive. From traditional media to new media, from banks, brokerage business departments to vegetable markets, even Douyin is used.

Huitianfu, of course, is not far behind, and the characteristics are also very distinct, still large-scale, and still familiar. At present, China Huitianfu is also the only company that buys funds and gives gifts.

buy fund rebates, can you still play like that? Aunts, what are you waiting for? 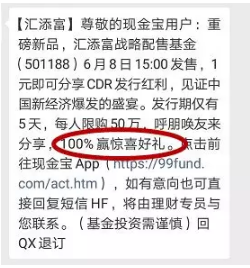 Many brokerage channel sources told Lao Jie that Huitianfu’s publicity is suspected of exaggeration. Especially "win surprises and give good gifts", this can't be used for publicity.

Article 33 of the "Measures for the Administration of the Sales of Securities Investment Funds" stipulates that Article ⑤: Exaggerate or one-sided publicity of funds, use safety, guarantee, promise, insurance, hedging, guaranteed, high Earnings, risk-free, etc. may make investors think that there is no risk or one-sided emphasis on the expression of time limit for concentrated marketing.

In addition, China Universal Fund also used the words "unprecedented, once in a lifetime" in the promotional poster this time.

The "New Advertising Law" that came into effect on September 1, 2015, its prohibited words have been increased from the original 49 to 75, 33 were added, 3 were deleted, and 37 were revised. And "unprecedented in history, once in a lifetime"These two words happen to be banned words related to "false" in the "New Advertising Law".

Is this suspected of violating the "New Advertising Law"? The rhythm of causing trouble every minute. ?

Godfather of American Mutual Funds, Founder of Vanguard Group John Bogle (John Bogle) wrote in the commemorative manuscript for the 60th anniversary of U.S. public equity funds that we once thought that this asset management industry was a kind of entrustment. The most important thing is to make money for customers and live up to this kind of entrustment. But when the industry has developed for 60 years, we found that what really drives the development of the industry is "salesmanship".

Lao Jie believes that it’s more appropriate to translate it as "salesmanship".

Whether it is most fund practitioners or the vast majority of investors, including Lao Jie myself, I believe that performance is The core of the asset management industry. But in fact, we are all wrong.

At the end of 2012, China Universal Asset Management had only 60.9 billion yuan in assets, ranking 16th among all 70 fund companies.

In less than six years, the scale of assets has doubled tenfold, and the industry ranks among the top ten. The Harvest Fund, which ranked third in the past, is now behind China Huitianfu.

is in my opinion In the coming years, China Universal Marketing has contributed a lot and was quite successful. "Stock picking experts" and "firmly believe in the power of long-term" are unique in the world.

You can see by looking at the data, counting from 2012 Since the beginning, China Universal Fund’s annual customer maintenance fee has never been less than 20% of the annual management fee, and the sales service fee has naturally risen.

But persisting for a long time, the ending is not so good. For example, the first domestic medical themed fund, Huitianfu Medical and Health Care Mix, was established on September 21, 2010. It has been almost 8 years.

was established at the time of 4.185 billion yuan. 8 years ago, as of the first quarter of this year Degree, the first domestic medical theme fund is only 2.733 billion. In other words, over the past 8 years, more than one-third of this fund has been redeemed. This is how sad investors are.

Although the overall performance of the pharmaceutical fund this year is good, the fund rating of China Universal Medical and Health Care is still only two stars.

Judging from the performance since its establishment, the net worth has nearly doubled, which is not bad. Among the many medical theme funds, the ranking is also high, but the halo of "the first medical theme fund in China" on his head does not satisfy the leaders.

Last year, there was a rumor in the fund circle that Huitianfu’s boss, Zhang Hui, personally looked for a medical fund manager and digged around. Mainly still dissatisfied with the performance of the medicine theme fund.

China Universal Fund, known as a “stock picking expert,” was once caught in the question of “holding a group in a group” in the 2015 bull market.

For example, in 2015, more than 5% of China Universal's fund holdings, Anshuo information ratio, did not raise a placard, and were questioned by the media. However, China Universal Fund responded that the portfolios of the company's public funds are independent and are not calculated together, so the company has not violated the letter and disclosure regulations. Regarding Zuozhuangyi, Huitianfu also responded that the operation was compliant and legal.

In addition to Anshuo Information, in those years, China Huitianfu Fund’s most famous group "monster stock""There are two more:

In the fourth quarter of 2015, 11 funds under China Universal Asset Management held 21.55% of its outstanding shares.

third quarter of 2015 , The six funds of China Universal Fund Fund hold All Access Education, holding 15% of the outstanding shares.

Ok, next, let us witness the miracle moment, these three super heavy positions Stocks, the trend so far, after reading these three pictures, believe me, what is a "stock picking expert"? I will teach you how to be a man in minutes

Picture 2: Huaxin International, Huitian Fu Shige Stocks in 2015. That’s right, This is the current ST Huaxin. I didn’t expect it, this ticket was once a holding stock of China Huitianfu.

Figure 3: All-Tone Education, the highest price stock in 2015, the highest non-recovery price was as high as 467.57 yuan when it was held by China Huitian Fu Shigekura.

, look at the picture, is it time to draw a conclusion, the so-called "huddle monster stock", after all, is "a place of chicken feathers"!

And behind this place of chicken feathers is Huitianfu's similar funds have almost exactly achieved the same in and out.

"Stock Selection Expert" China Universal Fund, there is a legend inside that the entire company, the core department, is the research department and the researchers. All of them are treasures.

One year, China Universal Fund planned to move to the office, but it encountered collective resistance from researchers, and the researchers pressed the boss to the boss. The reason turned out to be: Aurora Building has good feng shui, which is beneficial Do research. If you move, you can’t do research well, and your performance is not good, who will be responsible.

Huitianfu Fund has never left Aurora since its establishment.

In 2001, Kweichow Moutai just went public. As a researcher at the time, Zhang Hui was very depressed. The brothers drank and complained because the stock market was too bad at the time, and the performance was hard to pick up, and the optimistic Moutai was also very sluggish.

I think, at the time, he must not drink Moutai.

Now, he can drink Maotai and sing songs.