"Spirit Realm": Live-action movies out of the circle, the national comic industry "breaks through"

"Fan Chengcheng's contribution to the screen debut", along with the fermenting of this topic, "Spirit Realm" is on the air. Many netizens opened the show with the mentality of testing the waters, and they all fell into the pit. "I'm already chasing after a straight guy Qin Lie", "Fan Chengcheng has too much eyes" and "The special effects and fighting pictures are good." Fan Chengcheng is stubborn. Qin Lie, who is determined and honest and cute, is acting, and the animation IP "Lingyu" has become popular again with the popularity of live-action movies.

"Spirit" is an anime IP adapted from a network novel. Before the episode was broadcast, six series of animations and a game of the same name had been released. Under the formula combination of "traffic star + big IP", "Spirit Domain" is not involved in shoddy production, avoiding the various minefields of male drama, with compact plot, smooth performance, and sophisticated service. Realistic special effects achieved a high level of "one stability to the end", the popularity continued to rise, and it was able to successfully get out of the circle.

Lingyu IP is a national comic project that iQiyi has focused on for many years. Create this national comic IP, and realize the output of high-quality content through comprehensive development and long-term content cultivation. Under the voice of "Rise of Guoman", strengthening the recognition of Guoman's IP with the breaking effect of live-action movies may be a feasible way for Guoman to break through.

Since its launch, "Spirit" iQiyi has maintained its popularity among the top three, and the Guduo data series has been ranked first for many days. Its Weibo reading volume and discussion volume reached 950 million and 3.807 million respectively, and its Douban score reached 7.2 points. Although it was slightly lower than the 7.5 points at the beginning of the broadcast, it has exceeded all previous animation scores, achieving breakthroughs in popularity and word of mouth. .

The original novel of "Spirit Field" is 1841 chapters long, nearly 5 million words, it can be described as a super big IP in the field of fantasy. For such a novel with huge volume, complicated branches and numerous characters, it is not easy to adapt it to film and television. It is very important to make a reasonable choice of the original work.

The drama captures the main line of the male protagonist Qin Lie, streamlines and optimizes the branch plots, presents conflicts in a centralized manner, deletes many trivial and complicated secondary plots, and focuses on showing Qin. Lie’s growth and transformation.

The most unique part of the original work lies in the passion and magnificence. The drama captures this core and passes Qin Lie's risks. The rebirth of Nirvana under the circumstance shows the spirit of passion, and boosts the "coolness" upgrade with the high-burning plot. Qin Lie's adventures led to the separation of powers of the six major sects, forming a magnificent narrative pattern.

The protagonist Qin Lie's belief in "becoming a strong man" drives the next step to grow and transform, from an ignorant boy without the power of a chicken to a son of the god of war with superior strength. In the advancement of the narrative, the play deliberately strengthened the psychological motivation of the characters and increased the emotional tension of the narrative. It did not become a mechanical "devil and upgrade" in the fast-paced "customs clearance" narrative.

At the same time, Qin Lie’s fate will show the portraits of the characters in the play. Ling Yushi’s forbearance and indifference, Song Tingyu’s calm determination, Du Shaoyang’s rebelliousness, and Xie Jingxuan’s unrestrained freedom, every role As the plot advances, the personality edges and corners are gradually stretched, expanding the emotional capacity of the whole play, and adding a sense of temperature to the narrative. In the role presentation, Fan Chengcheng and Cheng Xiao starred. Both of them are traffic idols, which can bring enthusiasm to the drama, but they lack performance experience. It is the first time for Fan Chengcheng to cross the field of film and television. Cheng Xiao only played supporting roles in "Detective Chinatown" and "Road to Awakening". It is undoubtedly challenging to choose a newcomer to lead the role.

From the performanceFrom the above point of view, Fan Chengcheng and Cheng Xiao’s performances are well completed. Although they are not as impressive as their acting skills, they are smooth and natural and fit the context, which greatly enhances the audience's sense of substitution.

The role of Qin Lie, starring Fan Chengcheng, is stubborn but with a touch of greenness. It is in striking agreement with the state of Fan Chengcheng's first move to the screen. Netizens can't help but sigh "Fan Chengcheng is Qin Lie". Cheng Xiao's image is highly plastic, able to control the two contrasting roles of "Lingyushi" and "Wuchun", and his various shapes have enhanced his role a lot.

In the special effects of the screen, the display of the fantasy skills of different characters is just right, without excessively exaggerated and dazzling effects, it looks simple and advanced. The vast expanse of extremely cold places, dark and gloomy appliance sects and other scenes are quite illusory, allowing the audience to be quickly substituted into the story situation. The avatars such as the Spirit Devouring Beast and the Snow Wolf appear in the play are very lifelike, without any sense of disobedience.

Generally speaking, the play grasps the core highlights, lays the narrative tone of passion, enhances the emotional concentration of the whole play, and presents the thrilling adventure with the character presentation that fits the original and the sophisticated visual effects. So as to win the favor of the public.

"Spirit Realm" successfully went out of the circle, freed from the shackles of the niche circle of the second dimension, and the audience gradually spread to the mass circle. Live-action movies play down the "Jack Su" plot, focus on strengthening the emotional lines of the characters, and increase the content of the public's attention, thus attracting a wider audience of age groups.

Fan Chengcheng created a visual real-life image for the character of "Qin Lie", giving the audience an intuitive impression of "Qin Lie"; "Lingyu" is also set on the iQiyi playback terminal with the role prototype Qin Lie, Ling Yushi is an interactive doll with an image carrier, enhancing the public awareness of Lingyu IP. 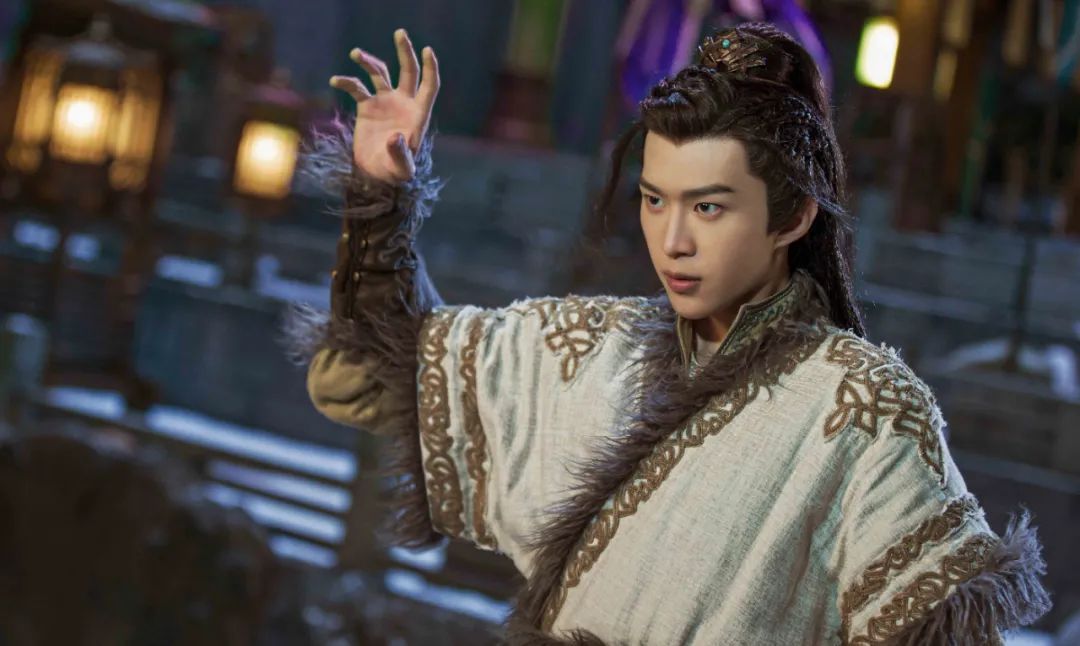 The out-of-circle effect of live action movies and the rich and varied interactive gameplay have gradually expanded the influence of Spiritual Domain IP. The dimensional field is moving towards a broader public view.

The so-called "advance drama with drama, feeding drama with drama", the two-way mutual feeding of drama drama continues to expand the intensity of IP radiation and gradually broaden the audience.

"Spirit domain" is shaped into a super national comic IP, realizing the "cross-dimensional" content layout, from two-dimensional anime characters to three-dimensional real-life images, and continuously expanding in the way of "one fish eat more" The content value extends the imagination space.

iQiyi adopts the content matrix approach to shape the brand image of "Spirit Realm" in an all-round way, and promote the development of high-quality content. Cross-domain output, and also grafted this idea to the creation of multiple animation IPs such as "Whales in the Four Seas", "Evil King Chasing His Wife", and "Voice of Fox".

At present, iQiyi has realized the film and television of the two major animation IPs of "Spirit" and "Sword Dynasty", and the two web dramas have differentiated presentations in the story structure, character setting, and visual style. "Sword Dynasty" is a freehand Chinese style, which promotes the narrative with a "revenge essay" structure; "Lingyu" is a surreal fantasy style, and builds a narrative framework with the advancement of a hot-blooded boy. The live-action adaptation realizes re-innovation at the content level, and continues to empower Guoman's works.

At the production level of IP film and television, iQiyi has not stopped exploring. Last year, it relied on the "Sword Dynasty" IP to incubate two live-action online movies, which were broadcast on its own platform. Both films are produced under the control of iQiyi, and the co-producers are the three companies of New Force Film and Television Company, Wudao Nanlai Media Company and Shengji Pictures. As a platform, iQiyi has established a close cooperative relationship with Xinsheng Production Company to jointly promote the content incubation of Guoman IP. 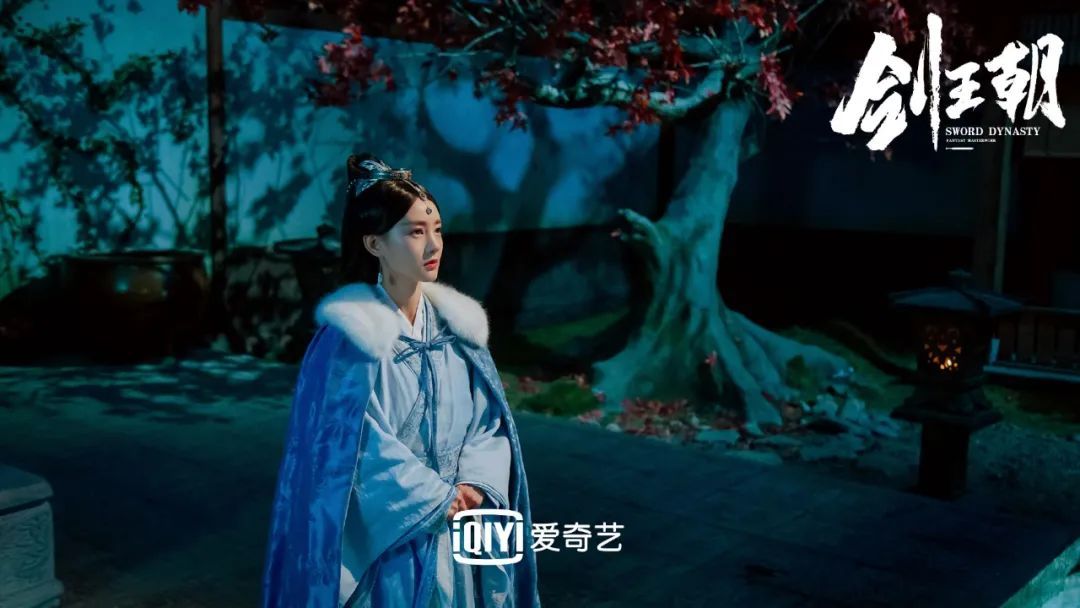 Its main control produced two web dramas "Sword Dynasty" and "Spirit Domain". The previous work is the same as the original IP network movie. The big producer-New Force Film and Television Company and Shengji Films have completed the cooperation. The latter is jointly created with Straw Bear Films. Straw Bear Pictures has long established a stable cooperative relationship with iQiyi, and many of its web dramas are broadcast on the iQiyi platform.

It can be seen that iQiyi uses powerful resource allocation, management and organization capabilities to establish an integrated, standardized, and professional operation model to promote the film and television process of Guoman.

"Spirit Domain" and "Sword Dynasty" are all national comic IPs adapted from web texts. The first seasons of animated versions were launched in 2015 and 2017 respectively, and live-action film and television adaptations were subsequently released. The creation cycle is relatively long, but it is guaranteed. Improve the quality of creation. Perhaps it is precisely relying on the intensive cultivation of the content level that the web drama "Spirit" can form such a powerful circle-breaking effect and bring high-quality national comic content to the audience.

Compared with Japan, Europe and the United States, domestic animation started late and lags behind for a long time. In recent years, with the popularity of "Nezha's Demon Boy" and "Jiang Ziya", the call for "Rise of the National Manga" has become stronger. There are still very few national manga works that can break the circle. The lack of content has a great connection (blog, Weibo). 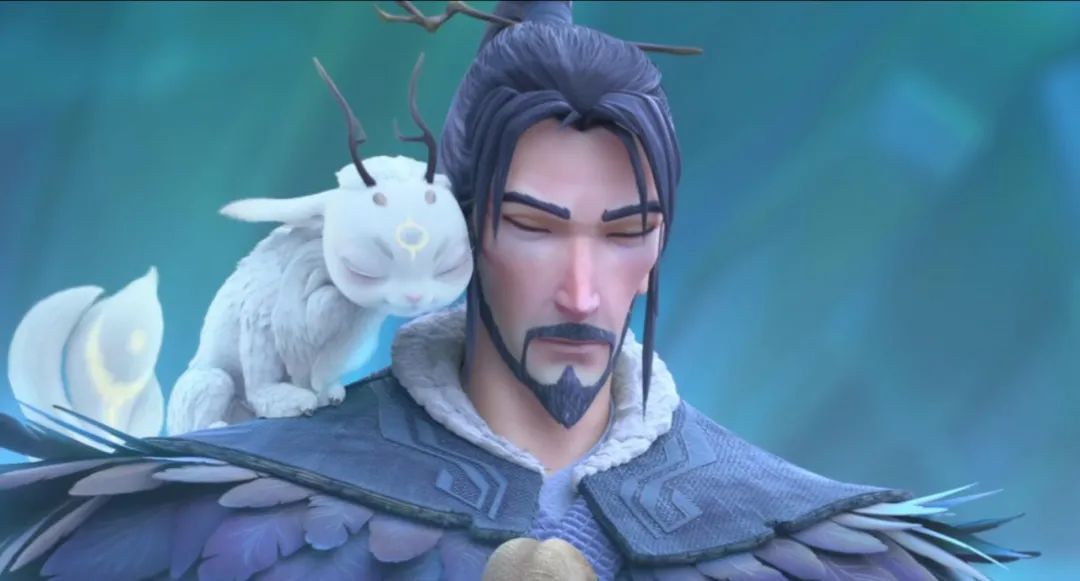 Guoman is extremely dependent on traditional themes, "Nezha: The Devil Boy Comes to the World", "Jiang Ziya", and "The Great Sage of Journey to the West" Most popular Guoman movies such as "Returning" are based on ancient Chinese myths. Japanese "Demon Slayer" and "Naruto" and other well-known animations are all transfused with content from Japanese manga artists. Chinese local content has weak blood transfusion capabilities, which hinders national comics. development of.

Based on the special situation in China, iQiyi and Tencent Video actively leverage on their platform advantages to open up the links between the upstream and downstream of the animation industry chain, vigorously promote the operation of the "Internet comic reform" project, and ensure high-quality content Output, continue to activate Guoman's creativity. Tencent Video’s Nian Fan Guoman "Douro Continent" launched in 2018 was adapted from an online novel. It has been viewed more than 25 billion times on a single platform, and its live-action movies will soon be broadcast.

This article was first published on the WeChat public account: the first line of drama. The content of the article is the author's personal opinion and does not represent the position of Hexun.com. Investors operate accordingly at their own risk.