Quality track cattle base article (2): Who are the best fund managers in the food and beverage industry?

Following the previous series of articles on high-quality tracks, today I will help you find the best people in the food industry.

For a long time, the consumer sector has not only attracted the attention of the market, but has also been the focus of many institutions and the layout of the field. According to data from the 2020 mid-year report, there are 59 food and beverage stocks in the fund's heavy holdings in the second quarter, with a stock market value of 235.3 billion yuan. Judging from the top stocks held by the stock market value, the market value of the shares of Kweichow Moutai, Wuliangye, Luzhou Laojiao and Yili held by public funds all exceed 10 billion yuan.

As of the close of the market on August 10, Shenwan Food and Beverage Index rose by

during the year, ranking 5th among Shenwan’s 28 first-level industry indexes; the increase in the last two years It is

, ranking first in all industry sectors! Judging from the trend of the sector in 2020, it has entered an upward channel since late March, and has since risen all the way and hit a new high. This is due to the impact of the epidemic at the beginning of the year, which led to a decrease in market risk appetite. With the gradual resumption of work and production, and a number of fiscal policy stimuli, the food and beverage sector with rigid demand and strong performance stability has once again received institutional funding. Raise.

Bull stocks Pentium in the past 10 years

in the past 10 years. , Bull stocks in the plate are rushing.

As of August 10, A-share Wangguizhou Moutai has risen as much as

Who are the best fund managers?

Back to the topic of our article, who are the best fund managers in the food and beverage industry? Now, let’s screen it step by step:

In the first step, the old Siji set the screening scope to the Shenwan first-level food and beverage industry, and obtained a total of

The second step is to select the top performers. The selection criteria are set to the top 25% in the last 1 year, the last 2 years, the last 3 years, and the top 25% since the appointment, and the scope is narrowed a lot;

The third step is to eliminate fund managers with a management scale of less than 300 million yuan and a tenure of less than 1 year, so the following

, ranking among the top.

What are the best funds?

We set the target for the above 6 best-performing fund managers, and look for their equity representative works. 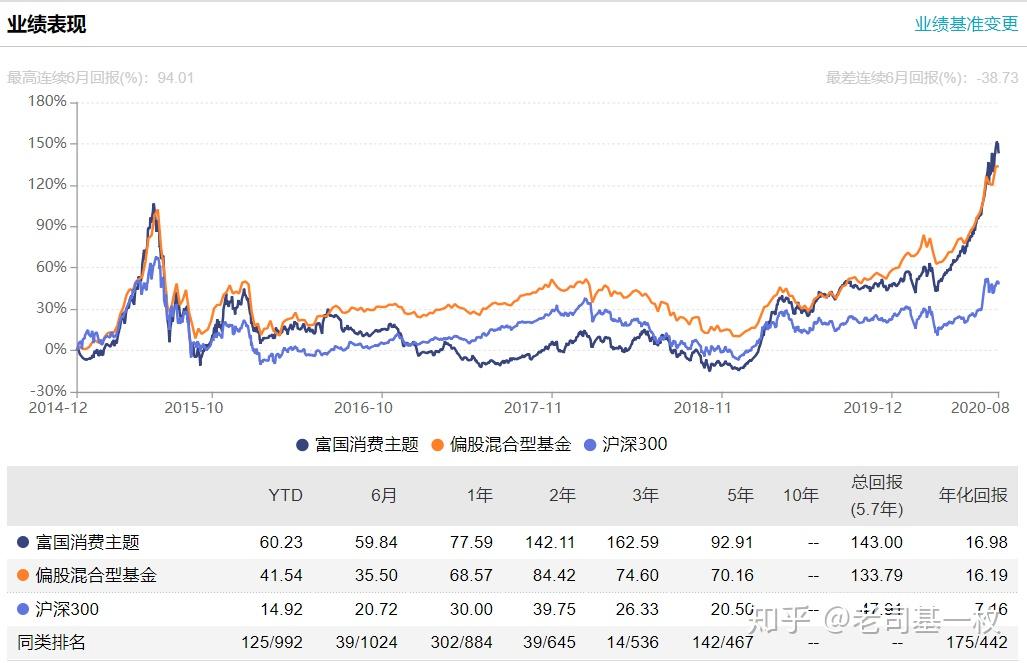 The fund was established in December 2014, and Wang Yuanyuan has been under management since June 2017. The total return on employment is as high as

. It has achieved such high returns for two consecutive years. It is rare.

Wang Yuanyuan has 8 years of experience in the securities industry. He joined the Wells Fargo Fund in 2015 and is engaged in research in the consumer industry. In June 2017, he officially managed the rich country consumer theme. Wang Yuanyuan said that consumer goods are an excellent track. For example, its trend is relatively stable, that is, the industry revenue and valuation system are relatively stable. If you find a company with stable and continuous growth, it is likely to make money. In addition, consumer product research is highly transparent and easy to understand. You can use the supermarkets, department stores and other channels around you.Verify its sales and other related conditions. In addition, consumption is China's local advantage industry, which is quite cost-effective. Since the opening of the Land-Hong Kong Stock Connect, consumer stocks have also been bought the most by foreign investors. Wang Yuanyuan said that in the future, it will continue to expand its ability circle, focusing on the three trends of brand concentration enhancement, consumption upgrade and product and service innovation, in the seven major areas of "food, clothing, housing, transportation, and Kang Lego".

The fund was established in April 2003 and belongs to a relatively long history. The fund has been managed by 8 fund managers before and after. Since Ji Nan managed the fund in June 2017, his total employment return has been

, and his annual return has reached

, which is the median of more than 500 similar funds in the same period. Top

Jinan and Wang Yuanyuan are both investment female players, and female fund managers dominate in the consumer sector. Ji Nan is also a new generation fund manager born in 1985. He graduated from Nankai University. After accumulating one and a half years of seller research experience, he joined TEDA Manulife Fund as a researcher in March 2014 and is responsible for research in the consumer industry. From 2017 He started to manage TEDA Manulife in June and has been stable until now. Ji Nan attaches great importance to in-depth research on companies. She will personally investigate companies whose market value of holdings accounts for two percentage points in the portfolio.

3. Huaxia Foundation Golden Wenqian, on behalf of the fund: 001927 China Consumption Upgrade A

and an annualized return of

. The performance is very impressive.

In stock selection, Huang Wenqian prefers leading companies in the industry. She generally makes trading decisions based on valuations. At the same time, she pays attention to the risk-return ratio, and strives for funds to earn mid-range rising returns. After graduating from Fudan University, Huang Wenqian joined CICC as a researcher in the home appliance industry. At the end of 2011, she joined China Asset Management and served as a researcher in the retail industry, leader of the consumer group, and leader of the Internet. In 2016, he officially embarked on an investment position as the manager of China Consumption Upgrade Fund. Over the past ten years of research experience in consumer-related industries, Huang Wenqian has accumulated rich experience in investment in the consumer sector. She has a deep understanding of the financial statements, business models and market risks of consumer stocks.

The fund was established in June 2015, Fei Yicong Since the management of the fund in January 2016, the total return on employment is

and the annualized return is

. The performance is good.

The fund was established in September 2017 and Wang Xiang was established The fund has been managed independently since the date of the day, and the total return on employment is

, and the annualized return is as high as

, which ranks among the top

Wang Xiang has served as a researcher in agriculture, consumption, TMT and other industries for 6 years, and has accumulated rich research experience in these industries and operating cycles. According to Wang Xiang's investment framework, agriculture is the best cyclical stock, while food and beverage is the best consumer stock. He focuses on long-term holdings in his investment and does a good job in the appropriate diversification of the industry.

The fund was established in December 2016, Yao Shuang from the date of establishment Since the sole management of the fund, the total return on employment is

and the annualized return is

, which exceeds the performance benchmark by 85%.

In the next article, we will take stock of the best players in the pharmaceutical and biological industry, so stay tuned!

1 Up 520% ​​in 10 years! The most up-and-down index, suitable for long-term fixed investment!
2 Quality track cattle base article (2): Who are the best fund managers in the food and beverage industry?
3 Today's Quotes-How much does Jinan Recycle Moutai from the Chinese Zodiac
4 Price transparency: Wang Zi Moutai acquisition today's market
5 The stock price of Kweichow Moutai broke through 1800, and the market for "drinking and taking medicine" is coming again. Will you follow? _Achievement
6 Yangshan, Qingyuan, reclaimed Tongqing Hetang Cordyceps at a recent price (quotation) to purchase at a high price
7 The highest asking price for Moutai in the Year of the Pig is 3800/bottle! 20000 in the year of the goat! One article to understand the Chinese zodiac wine market! _Moutai
8 Moutai Zodiac wine price and market guidance (collector's edition)
9 Moutai zodiac wine price and market guidance (collector's edition)_Moutai wine
10 Moutai price trend (Flying Moutai daily market price)